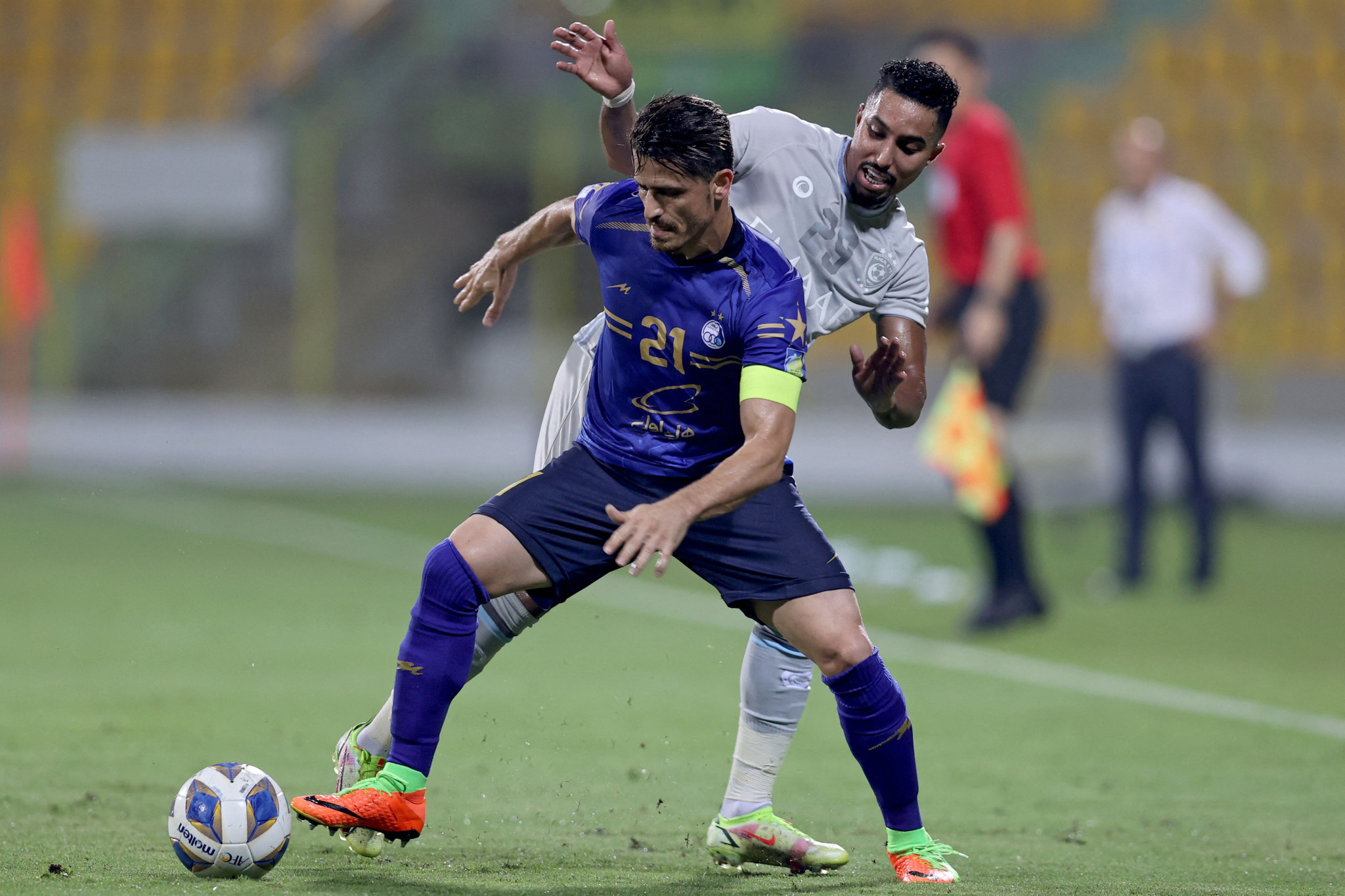 An ex-Iranian footballer has been arrested on charges of spreading "propaganda" against the Islamic Republic, while fans again booed the national anthem at the FIFA World Cup today but players did sing.

Voria Ghafouri, who has won 28 caps for Iran but was not selected for the World Cup in Qatar, was detained after a training session with Iranian club Foolad Khuzestan.

According to the Fars News Agency, Ghafouri has been charged of having "tarnished the reputation of the national team and spread propaganda against the state".

Ghafouri, who is of Kurdish origin, is a long-time outspoken critic of the Iranian Government.

His arrest underlines the dangers facing any athletes who criticise Iran's authoritarian rulers.

Protests are continuing in Iran following the death in police custody of Mahsa Amini in September, despite a brutal crackdown by security forces.

Amini had been arrested by the so-called morality police for allegedly breeching the country’s dress code for women.

At least 416 people including 51 children have been killed in security forces' deadly response to the protests, according to pressure group Iran Human Rights.

Iran's football team refused to sing the country's national anthem before playing England in their World Cup opener on Monday (November 21) in an act widely interpreted as showing solidarity with protestors.

Players and their families are reported to have faced threats from the regime because of their actions.

However, today they did sing the national before facing Wales.

Iranian supporters booed and jeered from the stands.

Fans were also seen holding t-shirts with Amini's name printed on the back and showing an Iranian flag with the message "Women, Life, Freedom" - a rallying cry heard during the protests in Iran.

Iranian supporters have previously complained of officials at the FIFA World Cup prevented them from protesting.