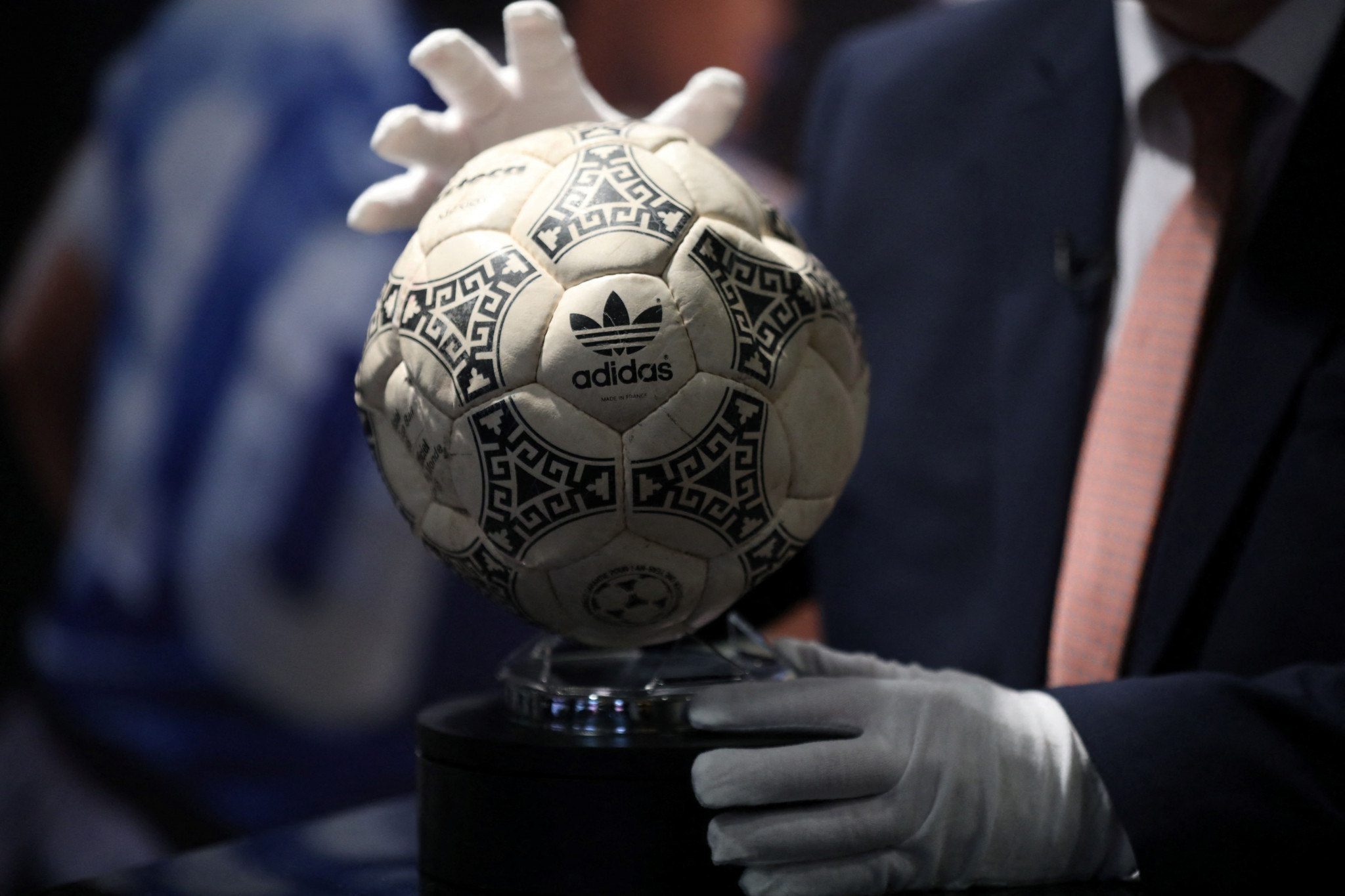 The ball punched into the net by Diego Maradona for the infamous "Hand of God" goal at the 1986 FIFA World Cup has sold at auction for £2 million (£2.3 million/€2.3 million).

It was owned by Tunisian Ali Bin Nasser, the referee of the quarter-final match between Argentina and England in Mexico City, and sold at Graham Budd Auctions in London.

Prior to the auction, he said he felt it was the right time to let go of the ball and expressed hope that the buyer would put it on public display.

"I couldn't see the incident clearly," Nasser said about the match.

"The two players, Shilton and Maradona, were facing me from behind.

"As per FIFA's instructions issued before the tournament, I looked to my linesman for confirmation of the validity of the goal - he made his way back to the halfway line indicating he was satisfied that the goal should stand.

"At the end of the match, the England head coach Bobby Robson said to me, 'You did a good job, but the linesman was irresponsible.'"

The goal gave Argentina a 1-0 lead against the English four minutes before Maradona dribbled 60 yards, beat four outfield players, took the ball around goalkeeper Peter Shilton, and slotted the ball into the net in what was named "The Goal of the Century" by FIFA.

Argentina won 2-1 and went on to lift the trophy with a 3-2 victory over West Germany.

It was put up for sale by former England international Steve Hodge who acquired it at the full-time whistle of the 1986 fixture.

Maradona memorabilia has increased in price since his death in November 2020.