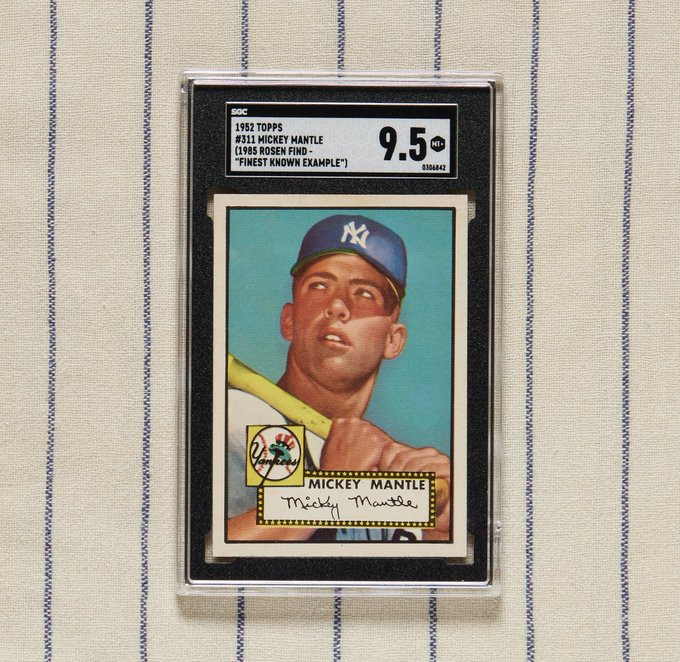 A baseball card of legendary player Mickey Mantle has become the most expensive piece of sports memorabilia in history, selling for $12.6 million (£10.9 million/€12.7 million) at auction.

This marks the second time that the record has been broken in the space of four months, after the shirt worn by Argentinian footballer Diego Maradona during the famous 1986 FIFA World Cup match against England sold for around $9.3 million (£8.1 million/€9.3 million) in May.

It also surpasses the record for the most expensive baseball card, beating the $7.25 million (£6.30 million/€7.28 million) price of a Honus Wagner card sold privately.

The 1952 Topps card of Mantle was in mint condition.

Bidding was managed by Heritage Auctions, whose director of sports auctions Chris Ivy said the card belongs "in a category of its own"

"This card is arguably the finest-condition example of the most iconic post-war card in the world," Ivy said, as reported by ESPN.

"That grade, plus the fact it has documented provenance from the most storied find in hobby history, puts this card in a category of its own."

Mantle played for the New York Yankees in Major League Baseball (MLB) from 1951 to 1968, and won seven World Series titles.

He was named an All-Star 20 times, and was a triple crown winner in 1956 - leading MLB in batting average, home runs and runs batted in.

Mantle was enshrined into the Baseball Hall of Fame in 1974.