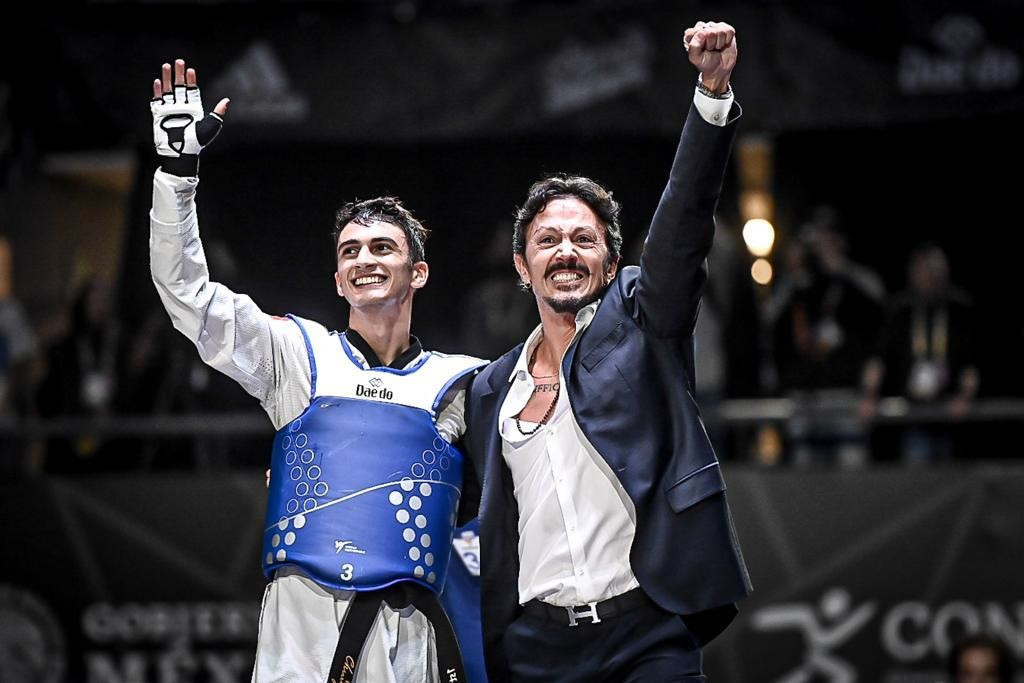 Italy’s Vito Dell'Aquila added the world men’s under-58 kilogram title to his Olympic gold as Croatia’s Lena Stojković capture the women’s under-46kg crown on the final day of the World Taekwondo Championships here.

Dell'Aquila overcame defending champion Jang Jun of South Korea in a much-anticipated battle between the top two seeds at the Centro Acuático CODE Metropolitano in Guadalajara.

It was a clash of the titans and lived up to its billing as Dell'Aquila and Jang went toe-to-toe over three rounds.

Both players threw everything at each other in the closing moments of the first round with Jang taking it 12-11 after connecting with a kick to the head.

It looked like it could prove crucial but Dell'Aquila responded in brilliant fashion as he burst out of the traps to take a 6-0 lead at the start of the second round.

Jang cut the deficit with a head kick but Dell'Aquila found an extra gear, pulling away from the South Korea to take it 13-4 and set up a decider.

There were just three points in it with 30 seconds left as Dell'Aquila led 6-3 before the Italian stepped on the accelerator.

Dell'Aquila landed two body shots and a kick to the head in a stunning sequence as he won the decider 13-6 to be crowned world champion.

Mexico had hoped for a fourth gold medal but Brandon Plaza Hernández had to settle for bronze after being swept aside by Dell'Aquila in a one-sided semi-final.

Mohamed Khalil Jendoubi of Tunisia also sealed a place on the podium with his semi-final appearance where he lost to Jang.

Stojković also had a day to remember as she captured the women’s under-46kg title in emphatic fashion.

The Croatian, who claimed European gold last year, proved too strong for Rukiye Yildirim of Turkey, winning the first round 5-0.

Yildirim, a double European champion, struggled to find her feet as Stojković continued to pepper her with shots.

Stojković swept to victory, winning the second round 10-5 as Yildirim had to settle for silver to add to the world bronzes she achieved in 2011 and 2019.