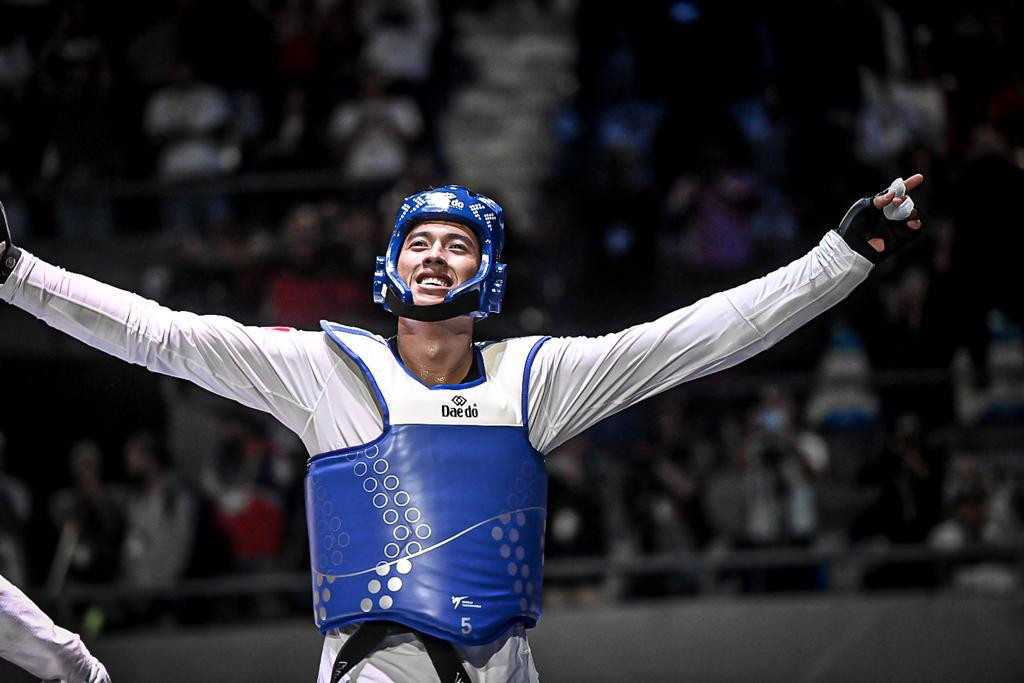 The Mexican party has been extended for another night as Carlos Sansores ensured a third gold in as many days for the hosts at the World Taekwondo Championships here.

Sansores followed up the success of Leslie Soltero and Daniela Souza to be crowned world champion at the Centro Acuático CODE Metropolitano in Guadalajara as he defeated Ivan Garcia Martinez of Spain in the men’s over-87 kilogram final.

There were also gold medals for Svetlana Osipova of Uzbekistan and Daniel Quesada Barrera of Spain, but Sansores was the star of the show as the Mexican crowd roared their man to victory.

Garcia Martinez attempted to win a second gold for Spain in one night but lost out against big-hitting Sansores.

Weighing in at more than 100kg and standing at 6ft 3in, Sansores overpowered most of his opponents and even sent one away on a stretcher following a thumping kick to the face.

Garcia Martinez looked to stop the Mexican in his tracks but Sansores secured the first round courtesy of a kick to the head and a body shot.

With the fans behind him, Sansores threw everything at the Spaniard in the closing seconds, landing a kick to the head to secure victory.

Sajjad Mardani of Iran pushed Sansores all the way in the semi-finals but had to settle for a bronze medal along with Song Zhaoxiang of China.

Quesada Barrera sealed Spain’s first gold of the tournament with victory over Edival Pontes of Brazil in the men’s under-74kg final.

Pontes was the top seed but succumbed to mounting pressure from Quesada Barrera who took the first round 4-1.

The Brazilian started the second round positively with a jump spinning back hit but Quesada Barrera came back firing.

Quesada Barrera landed a series of body shots to seal the title as Pontes was left to settle for the silver.

The bronze medals went to Firas Katousi of Tunisia and Stefan Takov of Serbia.

The other gold of the night went to Uzbek fighter Osipova who overcame the challenge of Dana Azran of Israel to clinch the women’s over-73kg title.

Azran knocked out top seed Lorena Brandl of Germany in the semi-finals but came up short in the gold-medal match.

The two rounds ended in draws with Osipova ruled to be the winner of both by superiority.

Marlene Jahl of Austria completed the podium following her run to the semi-final.