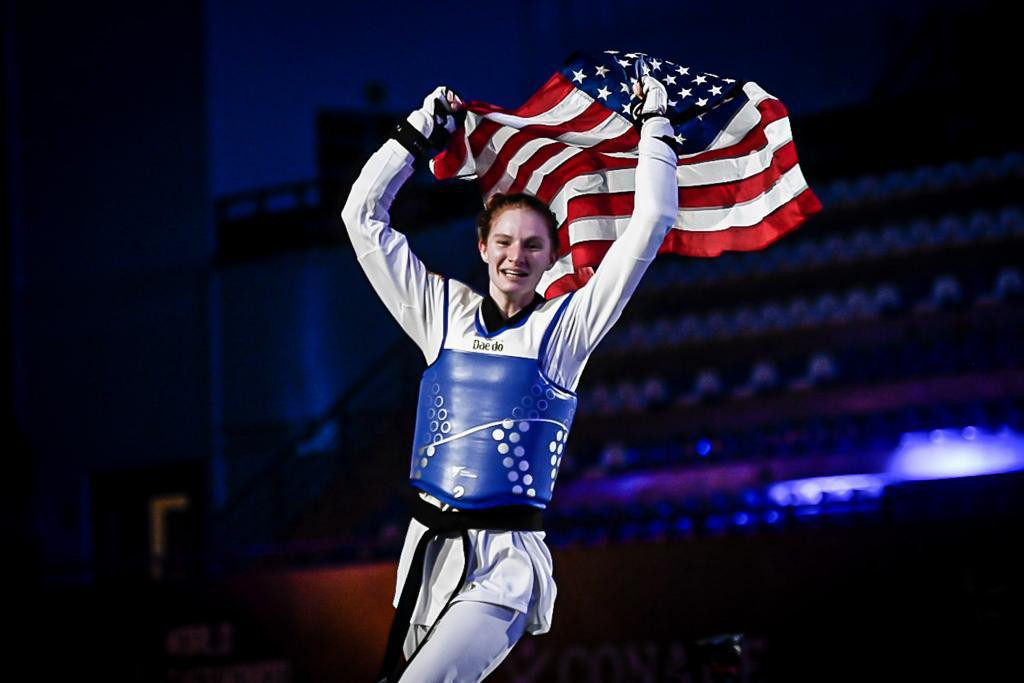 Zuo Ju of China was seconds away from claiming gold only for Greenwood to snatch it from her grasp in a sensational finish to the deciding round.

After bouncing back from losing the first round to send the match into a decider, Zuo soon established a 3-0 lead.

Greenwood landed a punch with seven seconds left only for Zuo to cancel that out with a kick to the body to move 5-2 in front.

With time running out, Greenwood pulled off a stunning back kick to the body.

Zuo was also penalised for stepping out of the mat, giving Greenwood a 6-5 lead before her body shot was upgraded to a four-pointer following a successful video review at the death.

The decision by the judges sparked jubilant scenes in the American camp as the 19-year-old came back from the brink to secure the world title.

It capped an incredible day for Greenwood who ended Mexico’s hopes of another gold with victory over Fabiola Guadalupe Villegas Machorro in the quarter-finals before upsetting double Olympic medallist Tijana Bogdanović of Serbia in the last four.

Bogdanović collected a bronze medal along with Ivana Duvančić of Croatia while Zuo had to settle for silver.

Zuo’s defeat was a huge blow to China but it only fuelled Liang’s quest for gold as he faced Niyaz Pulatov of Uzbekistan.

Pulatov opened the scoring in both rounds but was on the receiving end of a succession of body shots by Liang.

The Chinese player took the first round 6-2 before recovering from a 3-0 deficit to clinch victory, landing a match-winning body shot in the final second.

It was China’s second gold of the tournament after Luo Zongshi won the women’s under-57kg title on the opening day.

The bronze medals went to top two seeds Zaid Al-Halawani of Jordan and Joan Jorquera Cala of Spain who came up short in the semi-finals.