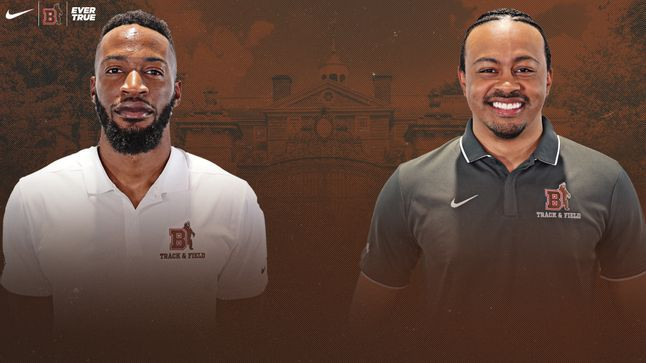 In addition to his 110 metres hurdles title at London 2012, Merritt is the current world record holder in the discipline after setting a time of 12.80sec in Brussels 10 years ago.

"We have a remarkable staff with the competitive energy this programme, university, and alumni deserves and adding Aries Merritt and Damar Forbes highlights our commitment to a competitive vision for our programmes," Hunt said.

"Merritt's and Forbes' elite coaching philosophy and their versatility across numerous disciplines fits perfectly within our programme.

"Their athletic resumes speak for themselves, yet who they are as human beings and competitive coaches speaks louder."

Collegiately, Merritt was a seven-time All-American at the University of Tennessee and won two National Championships in indoor and outdoor hurdles in 2006.

Forbes goes to Brown after serving as an assistant coach for sprints/hurdles and jumps at Loyola University New Orleans.

He competed for Louisiana State University as a student-athlete and was named Southeastern Conference men's outdoor field athlete of the year, as well as six All-America honours during his career.

"With the foundation we are laying, we want prospective student-athletes striving to make an impact as great citizens and professionals without giving up their athletic potential to see that Brown is the ideal destination," Hunt said.

"We are demonstrating that just like Brown University's open curriculum, this track and field and cross-country programme is thinking outside the box and building differently.

"This will be done with distinction, pride, and in a way that demonstrates a holistic approach to the student-athlete development.

"Our student-athletes will compete and achieve some of the highest athletic accomplishments while developing into future professional leaders at one of the best academic institutions."