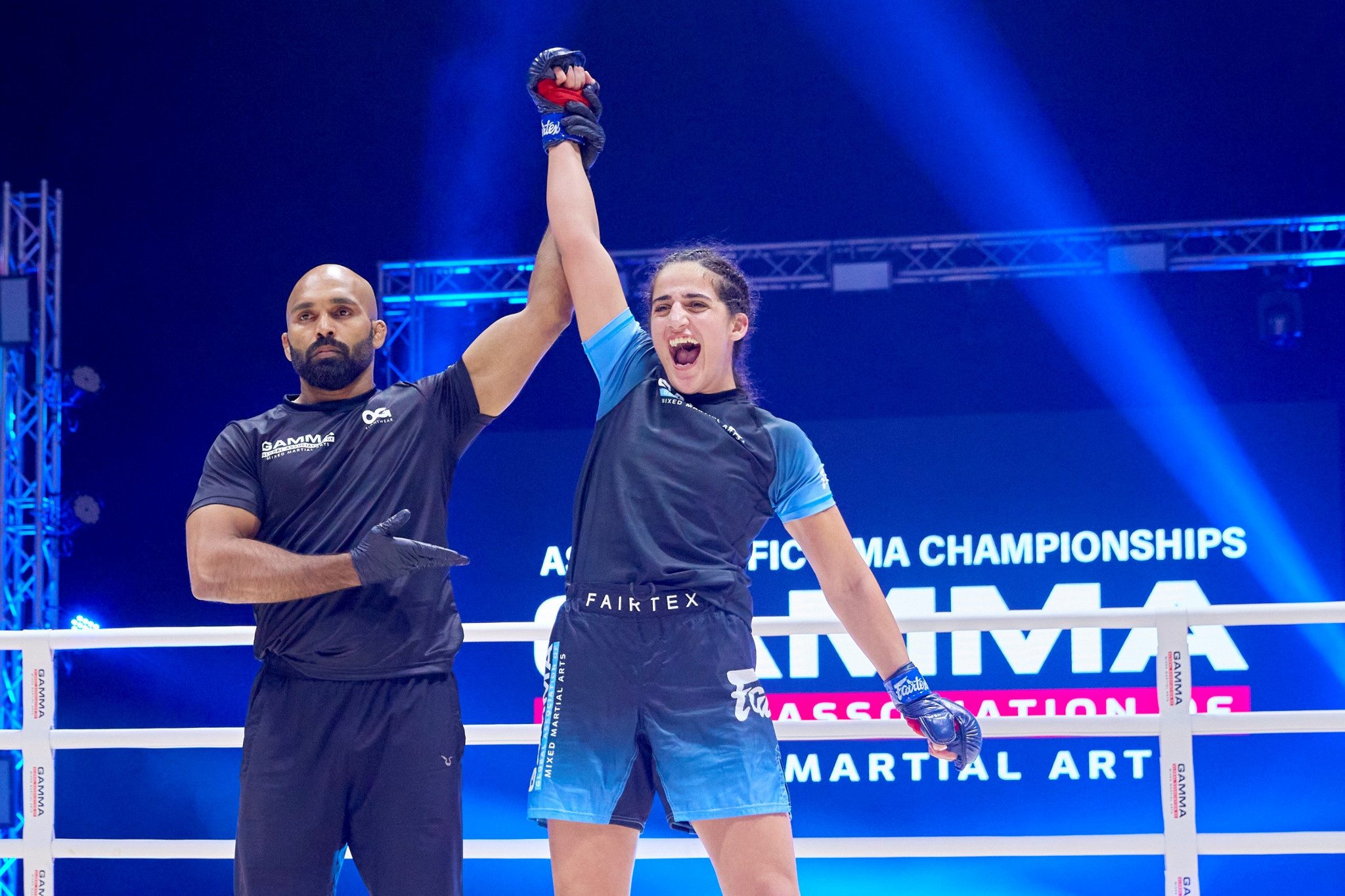 World champions Sandra Succar and Eljian Gassanov both claimed titles on the final day of the Global Association of Mixed Martial Arts (GAMMA) Asian-Pacific Championships in Pattaya in Thailand.

Succar of Lebanon ensured she was the global star of the women's 65.8-kilogram division with a win over Kazakhstan’s Meruyert Ibrayeva.

Gassanov joined the list of Kazakhstan fighters to stand top of the podium after downing compatriot Nukhan Zhumagazy in the men's 77.1-kilogram category.

Kazakhstan were impressive throughout the competition, winning 10 gold medals as part of their overall tally of 25 medals.

Kyrgyzstan finished second on six golds and 11 overall, with Adis Uulu Taalaibiek being among the victors.

Aurore Sahyoun matched Succa's effort for Lebanon as she defeated Desi Rahayu of Indonesia to seal the women's 72.6kg title.

Suttharang Norachart ended the competition in style for Thailand as he beat Tath Lomdik of India in the men's 52.2kg striking class to win the hosts sole gold medal.

Succar, Bhyan, Abdueva and Almaz Sarsembekov of Kazakhstan were recognised as the best athletes of the competition.