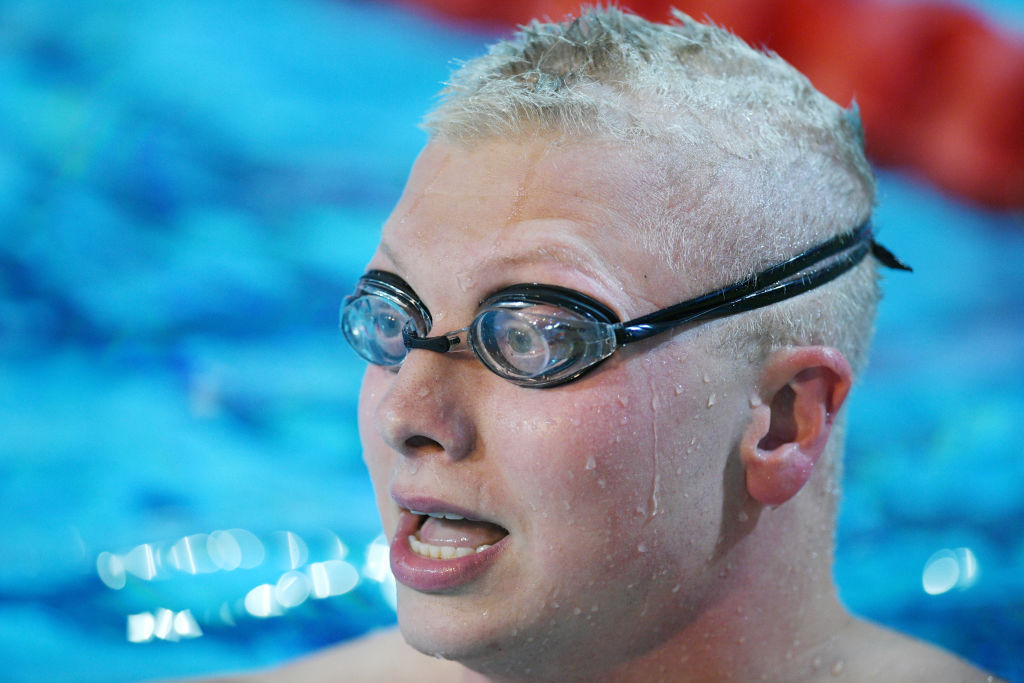 United States swimmer Robert Griswold, a double gold medallist at the Tokyo 2020 Paralympics, has been charged with sexually and physically assaulting a male team-mate with an intellectual disability.

A civil complaint lawsuit filed in Colorado District Court also accuses the U.S. Olympic and Paralympic Committee (USOPC) and the U.S. Center for SafeSport of taking "extensive efforts to shield and protect Griswold, much to the detriment of the plaintiff and other team members," as reported by SwimSwam.

"This case is a horrific tragedy, where a young man who defied all odds to become a world-class Paralympic swimmer had his life utterly shattered by rape and abuse when he was paired with a team member who was a violent sexual predator," the lawsuit begins.

The complaint claims that Griswold’s sexual assaults started last summer at Tokyo 2020 and continued until August of this year due to several failures of leadership.

The accuser, currently 19 years old, but described as having "the mentality capacity of a five-year old," was a room-mate with Griswold in Tokyo and at the Paralympic Training Center in Colorado Springs.

"In addition to placing Griswold in plaintiff’s bedroom, USOPC assigned Griswold to be a supervisor of plaintiff, despite the fact that Griswold was a peer team member on the swim team rather than an adult supervisor and had no training or qualifications to serve as a supervisor," the lawsuit continues.

"Remarkably, defendant USOPC and Defendant U.S. Center for SafeSport ("SafeSport") allowed Griswold to supervise and share a bedroom with plaintiff without any oversight, despite the fact that USOPC and SafeSport had received reports that Griswold was sexually assaulting other teammates."

The lawsuit claims that Griswold told his teammate, who has autism, that he "would get in trouble" and "police would come" if he told anyone what happened.

The accuser suffered injuries that required rectal surgery and still require ongoing medical attention, according to the lawsuit.

When his parents finally learned of the abuse from a story he wrote about "Hurricane Robert," the complaint continues, they alerted the USOPC only to be assured that everything was under control.

“Plaintiff’s parents expressed their concerns to the USOPC, but the USOPC failed to investigate the issue and summarily and dismissively told plaintiff’s parents that plaintiff was just fine, and that Griswold posed absolutely no risk to plaintiff," the lawsuit says.

"Concurrently, USOPC and SafeSport failed to inform plaintiff’s parents of the risks to their son due to his intimate and continuing proximity to Griswold, a known (or at the very least, suspected) sexual predator."

The lawsuit alleges that "upon information and belief, USOPC and SafeSport’s actions to insulate Griswold and further victimise plaintiff, were due in large part to the fact that Griswold was a premier swimmer, and because Griswold’s family was deeply embedded with leaders throughout the U.S. Paralympic swimming community."

Griswold, who competes in the Paralympic classes S8, SB7 and SM8 and has cerebral palsy, and has not been arrested or charged with a crime.

After the lawsuit was filed, the USOPC released a statement saying that two undisclosed staff members had been placed on administrative leave.

"The allegations brought forth by the complaint filed today are extremely concerning and we take them very seriously," the USOPC said in the statement.

"We’ve made the decision to place two staff members on administrative leave and have also stopped the work of several contractors with U.S. Paralympics Swimming.

"We’re also continuing our investigation of the allegations to help us determine the facts, and we are committed to taking appropriate action."