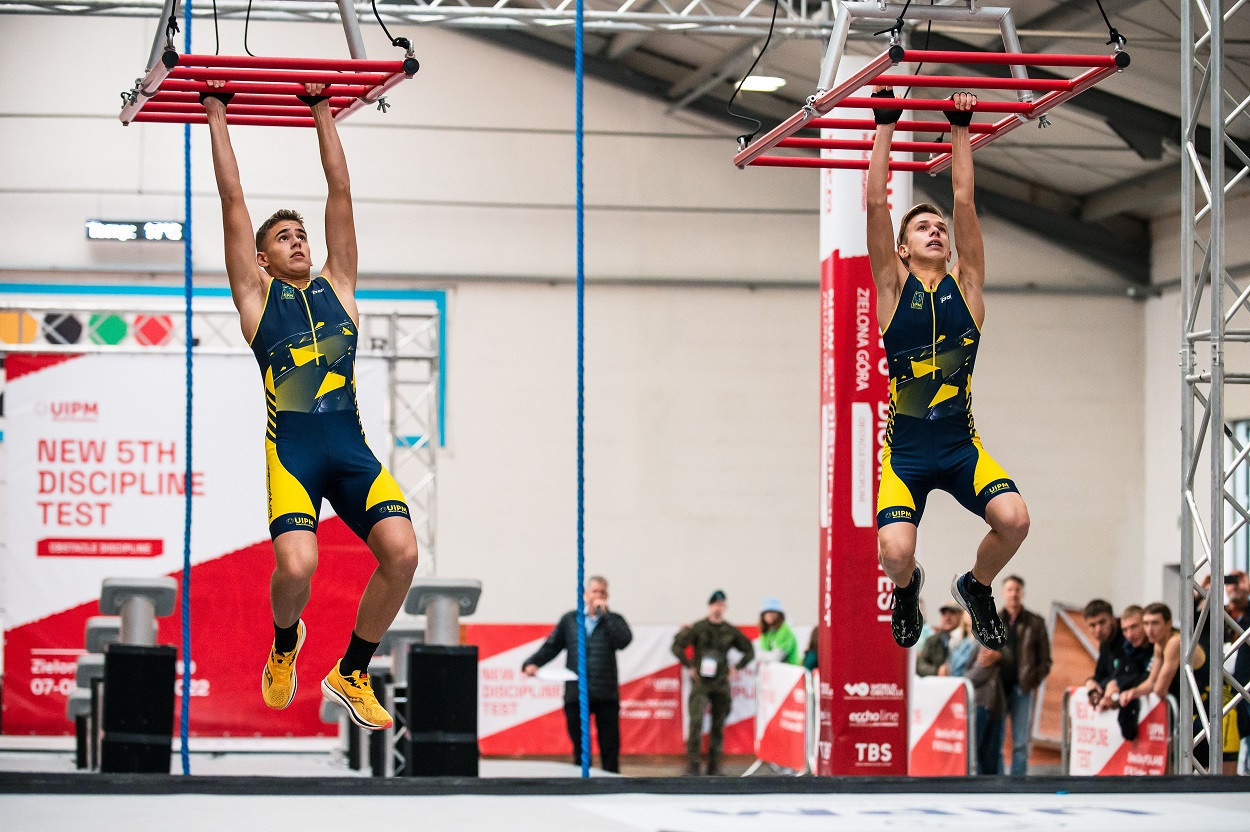 The pathway for equestrian to be replaced by obstacle racing after the Paris 2024 Olympics was opened today following a historic - and controversial - vote at the International Modern Pentathlon Union (UIPM) Congress to add it to the disciplines available.

Delegates voted by 69 votes to 11, with three abstentions to "approve the modifications to article 2.1 of the UIPM Statutes", that is, including the obstacle discipline into its competition menu as a potential discipline.

The decision came against a background where the sport is currently out of the Los Angeles 2028 Games.

The International Olympic Committee (IOC) requires it to conform to six key markers of progress if it is to return to the programme, and made it clear that the equestrian element is hindering the universality of the sport.

The decision to drop riding from modern pentathlon, taken last year, has provoked widespread concern and anger within the sport from athletes claiming they had had no input into the shift.

Since then the UIPM has run four test events in obstacle racing and claimed that it is the way forward.

Numerous delegates protested about not having sufficient time to challenge the view that obstacle racing was the only viable option during today's Congress.

That view that was powerfully proposed over a period of around an hour and a half by the UIPM President Klaus Schormann, marketing expert Michael Payne, Yasser Hefny, chair of the UIPM Athletes' Committee, UIPM vice-president Joël Bouzou and UIPM first vice-president Juan Antonio Samaranch.

Their representations were followed by a slick video extolling the virtues and potential commercial advantages of obstacle racing.

"This is a very emotional issue," Schormann said.

"But over the past 30 years three IOC Presidents - Juan Antonio Samaranch, Jacques Rogge and Thomas Bach - have said that our sport is not accessible or universal.

"What they have told us is what you call a hard truth, and that means hard choices.

"What is our goal?

"Is it to defend our position in the Olympic Movement, or to keep riding in modern pentathlon?

"There is only one answer.

Speaking immediately before the vote, the UIPM vice-president and IOC member Samaranch - the son of the former IOC leader of the same name - told delegates: "For me the way forward is very, very clear.

"If we do not approve this we have zero chance of continuing in the Games.

"However if we do approve this proposal at least we will have a fighting chance to keep our sport in the Olympic Games.

"Why would anyone want to embrace certain failure over a chance for our sport to succeed?

"This debate is not only about saving our sport, it’s about making the Games strong.

"It’s not a guarantee that we will be successful.

"But I do guarantee that our sport will never see another Olympic Games after Paris if we choose to remain the same.

"Over the past 20 years I have seen the pace of changes in the IOC to accelerate dramatically.

"Some might be worried about losing our heritage and traditions.

"But what good are heritage and tradition if they can only be seen in museums?

"Baron Pierre de Coubertin himself, founder of the Olympics and of our sport, wanted the Movement to change so the Games always were always relevant.

"Right now we are not relevant - we are dead last in every metric the IOC is interested in.

"It is now not about emotions, but what is best for our sport.

"Is success defined as being in the Olympic Movement or having equestrian in modern pentathlon?

"Because we will not have both.

"The answer can either guide us forward or take us into obscurity."

Former IOC marketing director Payne, who was on a UIPM working group tasked with overseeing the process to find a new fifth discipline, further insisted the move was in the best interests of modern pentathlon.

"This is the first step in the process to try and save your sport," Payne said.

"Because the IOC has said 'if you want to keep equestrian, it’s over.'

"As the first vice-president has pointed out, there is no guarantee that this change will keep modern pentathlon in the Olympic Movement.

"At least you will have that discussion.

"Get it wrong today and you won’t even have that discussion."

Payne also defended the way in which the UIPM had sought the opinion of athletes in seeking a way forward, claiming it was one of the most democratic operations he had witnessed by an International Federation.

Australian Olympian Alex Watson, who has recently sought to challenge for the UIPM Presidency, commented: "We are getting this ultimatum to what amounts to scare tactics and being told there is no alternative, but there has been no proper discussion about how the sport could work in the future with a proper management process.

"If it is claimed that the athletes have been brought along in the process why in the recent Ankara meeting did the athletes, led by Olympic champion Joe Choong, walk out because they didn’t believe they were being presented by the truth?"

While the senior event is not likely to be disrupted in the run-up to the Paris 2024 Games, a later motion was passed amending junior competition next year to continue without riding, with the operative disciplines of "obstacle, fencing, swimming and laser run."

Critics contended that this did not comprise a proper two-thirds majority and that UIPM Statutes stated that competition rules could not be changed outside Olympic years unless there were circumstances of force majeure - and this change was not a sudden and unexpected occurrence.

The two-day Congress has been adjourned until tomorrow, when Schormann could face a vote of no confidence emanating from Mauritius.

Also passed today was an amendment which will introduce new term limits for UIPM office-bearers, while Malta and Guinea were approved as new UIPM members.

The President and Executive Board members will be limited to three four-year terms, but the clock will not start until 2024.

Schormann last year was re-elected unopposed for an eighth term as UIPM President.