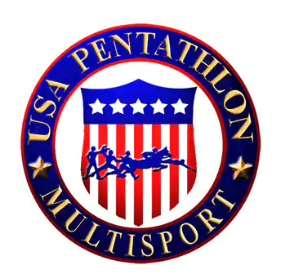 Athletes from USA Pentathlon are calling for the immediate resignation of their chief executive Rob Stull, alleging he fabricated a meeting with them to discuss proposed changes to the riding element of the sport - a meeting that "never happened."

They are also calling upon the International Modern Pentathlon Union (UIPM) to issue a formal retraction of what they term its "erroneous press release" about the meeting said to have occurred at the NORCECA Championships in Santo Domingo from August 16 to 20.

UIPM is proposing to replace its equestrian element with a form of obstacle racing in order, it claims, to maintain its chances of remaining in the Olympic Games, but the measure has met with fierce resistance from leading performers, including Britain’s Olympic men’s champion Joe Choong.

Speaking before the launch of a UIPM leadership campaign by Australia’s three-times Olympian Alex Watson on October 31, Choong told insidethegames he had had "absolutely no contact" with UIPM President Klaus Schormann, who has held that position since 1993, adding that he felt a change of leadership at the top was even more important than retaining the traditional equestrian element in the sport.

An open letter released today by the support group Global Athlete reads: "Over the past several years, the USA Pentathlon Multisport (USAPM) leadership, led by chief executive Rob Stull, has continuously failed us as athletes in the sport of modern pentathlon.

"Most recently, Mr. Stull falsely reported that he convened and led an athlete meeting to discuss the proposed changes to the sport at the 16-20 August 2022 NORCECA Championships in Santo Domingo.

"To be clear, this meeting never happened.

"This despite a lengthy description of it in a UIPM press release with elaborate quotes about the meeting from Mr. Stull.

"Not only did this meeting not happen but Mr. Stull has persisted in promoting the International Modern Pentathlon Union (UIPM) agenda that suggests that athletes support the removal of riding in favour of a ninja race.

"This again is a blatant disregard for the truth.

"USAPM athletes - like 90 per cent of pentathlon athletes worldwide - have been very clear on their stance that riding should remain part of the sport, and, as athletes, we certainly have not been aware of or privy to any in-person discussion on this topic with Mr. Stull or other UIPM officials at the NORCECA Championships.

"Today we are calling for accountability and truth.

"In doing so we are demanding that Mr. Stull set the record straight by publicly retracting his statement that an athlete meeting occurred at the 2022 NORCECA Championships.

"We also call on UIPM to issue a formal and public retraction via the same distribution network as the original, erroneous press release.

"Due to the gravity of Stull’s fraudulent actions in fabricating a meeting and issuing detailed quotes as to the content of that meeting, we are also calling for the resignation of Rob Stull as CEO of USA Pentathlon Multisport.

"Our membership has lost any reason to trust Mr. Stull and our organisation cannot move forward with a CEO who has betrayed our trust and goodwill in such an egregious manner.

"We expect that USOPC (United States Olympic and Paralympic Committee) will support us in our demands as USOPC’s stated mission is to champion the integrity of sport and promote and protect athletes’ rights.

"This recent fabrication by the USAPM CEO comes on the heel of approximately 50 formal complaints by pentathletes to the United States Olympic and Paralympic Committee (USPOC) about the lacklustre governance and ethical concerns with the USAPM leadership.

"With no response from USOPC thus far, athletes continue to be used as pawns in a broken system and their voices silenced.