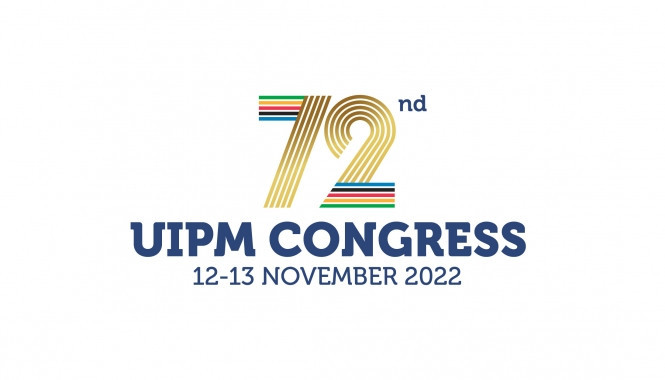 The International Modern Pentathlon Union (UIPM) is set to hold a key vote at its online Congress on whether obstacle racing replaces equestrian as the sport's fifth discipline and forms part of its proposal to salvage the sport's Olympic status.

Modern pentathlon, invented by the modern Olympic Games founder Baron Pierre de Coubertin, has featured at every edition since Stockholm 1912, but has been left off the initial Los Angeles 2028 programme by the International Olympic Committee (IOC) following the UIPM's divisive plans to drop riding.

Last year's Congress approved a force majeure Board decision to remove riding from after the Paris 2024 Olympics, but the Pentathlon United pressure group has provided fierce opposition, and is backing Australian official Alex Watson to challenge the long-serving incumbent Klaus Schormann for the Presidency.

Advocates of the significant change argue it makes modern pentathlon more accessible, and should avoid a repeat of the upsetting scenes of Tokyo 2020, where German coach Kim Raisner was sent home in disgrace for punching a horse that refused to jump during the women's competition.

"The main issue is the accessibility, to be more fair to the athletes, to give them opportunities to start, not only European nations with horses," German official Schormann has said.

"This was in the past, we understand this."

The UIPM has claimed that its survey shows an 88 per cent satisfaction with the overall experience at obstacle test events among pentathletes, and Athletes' Committee chair Yasser Hefny of Egypt is among the supporters of the changes, having argued that the new fifth discipline would "attract a whole new audience and add value to the Games".

However, those findings are disputed by those favouring the inclusion of a reformed version of riding, with Pentathlon United highlighting its own data which suggests that 92 per cent of athletes wish to preserve the equestrian element of the sport.

One of its leading representatives is Britain's Sydney 2000 women's modern pentathlon bronze medallist Kate Allenby, who reiterated fears that the sport with obstacle discipline would not be accepted by the IOC.

"Pushing through the changes to the fifth discipline would be burning generations of pentathletes," Allenby told insidethegames.

"It is almost laughing in the face of what it means to be an Olympian by destroying the one sport created for the Olympics.

"The IOC's motto is faster, higher, stronger - together, but there is no together in this.

"The UIPM are the only ones doing this.

"How can the IOC assess obstacle when they haven't seen a pentathlon in the test events?

"There is no brand and no digital engagement, and the chances of it being accepted into the Olympics are vanishingly small.

"I find it unconscionable that an Executive Board who were responsible for the sport's removal from the Olympic Games doesn't have the integrity to recognise their failures and resign."

In a letter sent by Pentathlon United today, it declared "Klaus Shormann is not fit to lead our sport and obstacles are a pathway to failure."

Pentathlon United is also backed by Britain's men's Olympic champion Joe Choong, who has warned that he would quit the sport after Paris 2024 should the proposals on obstacle be accepted.

As well as the move for obstacle to replace riding, the UIPM Executive Board has issued a motion covering the competition rules and regulations of the new fifth discipline.

Schormann has led the UIPM since 1993, making him the longest-serving President of an International Federation governing an Olympic sport.

He has defended his record as President, refuting allegations that the UIPM has ignored the will of athletes by removing equestrian and downplaying the degree of opposition, claiming that he is "known as a person who goes speaking to the athletes".

He has also insisted "I want to finish this for the future" by replacing riding.

If approved at the Congress, obstacle would feature as part of the UIPM's proposal to the IOC in its bid to secure a place at Los Angeles 2028, with this to be considered next year.

The UIPM Executive Board has also proposed introducing a limit of three four-year terms for its members and the Presidential role, effective only from the date of approval.

Schormann was re-elected unopposed for an eighth term as UIPM President at last year's Congress, but faces a motion of no confidence submitted by the National Federation of Mauritius, with his record in Africa and an alleged failure "to safeguard the interests, rights and privileges of the UIPM within the Olympic Movement" coming under fire.

Watson, who has a strong background in equestrian having founded a horse-riding business in 2005 and returned to the sport as Modern Pentathlon Australia vice-president earlier this year, has argued that Schormann has "been there for too long".

With no electoral Congress scheduled until 2024, the motion of no confidence passing by a two-thirds majority would be crucial to Watson's hopes of unseating Schormann.

He has conceded that it represents a "long shot" because "so many of the National Federations are frightened to stick their head out", but believes there is a "real mood for change".

Watson announced his leadership challenge late last month, and Modern Pentathlon Australia issued a statement earlier this week nominating him to stand for the role of President.

However, the UIPM's statutes require nominations to be submitted to the secretary general 90 days prior to an election, which could hamper his hopes of immediately assuming power in the event that the motion of no confidence passes.

Another contested issue in the build-up to the Congress has been the decision to stage it online, as was the case last year, rather than in Guatemala as originally planned.

The UIPM insists that it would be unfair to stage an in-person or hybrid event due to the prohibitive costs involved, but critics have claimed that last year's format stifled debate and that an online Congress would jeopardise democratic participation.

Modern Pentathlon Australia has alleged that "it is impossible to have a truly secret ballot" in the context of an online Congress, and called on Lumi to withdraw its services.

A proposal for the Executive Board to determine the location, date and time of a General Assembly and whether it should be held virtually or in-person is also on the table at the Congress.

The two-day Congress is due to be held over three sessions tomorrow (November 12) and on Sunday (November 13).

The agenda features key reports including from Schormann, first vice-president Juan Antonio Samaranch - who is also a vice-president of the IOC - and secretary general Shiny Fang.

Committee and Continental Federation reports are also due to be heard, followed by votes on Guinea and Malta becoming new member National Federations.

Motions from the Executive Board and National Federations are then expected to take up a sizeable portion of the Congress, taking up 38 and 91 pages of the working document, respectively.

The Congress is due to conclude with events awarding and presentations, annual awards, a decision on the next Congress and any other business.