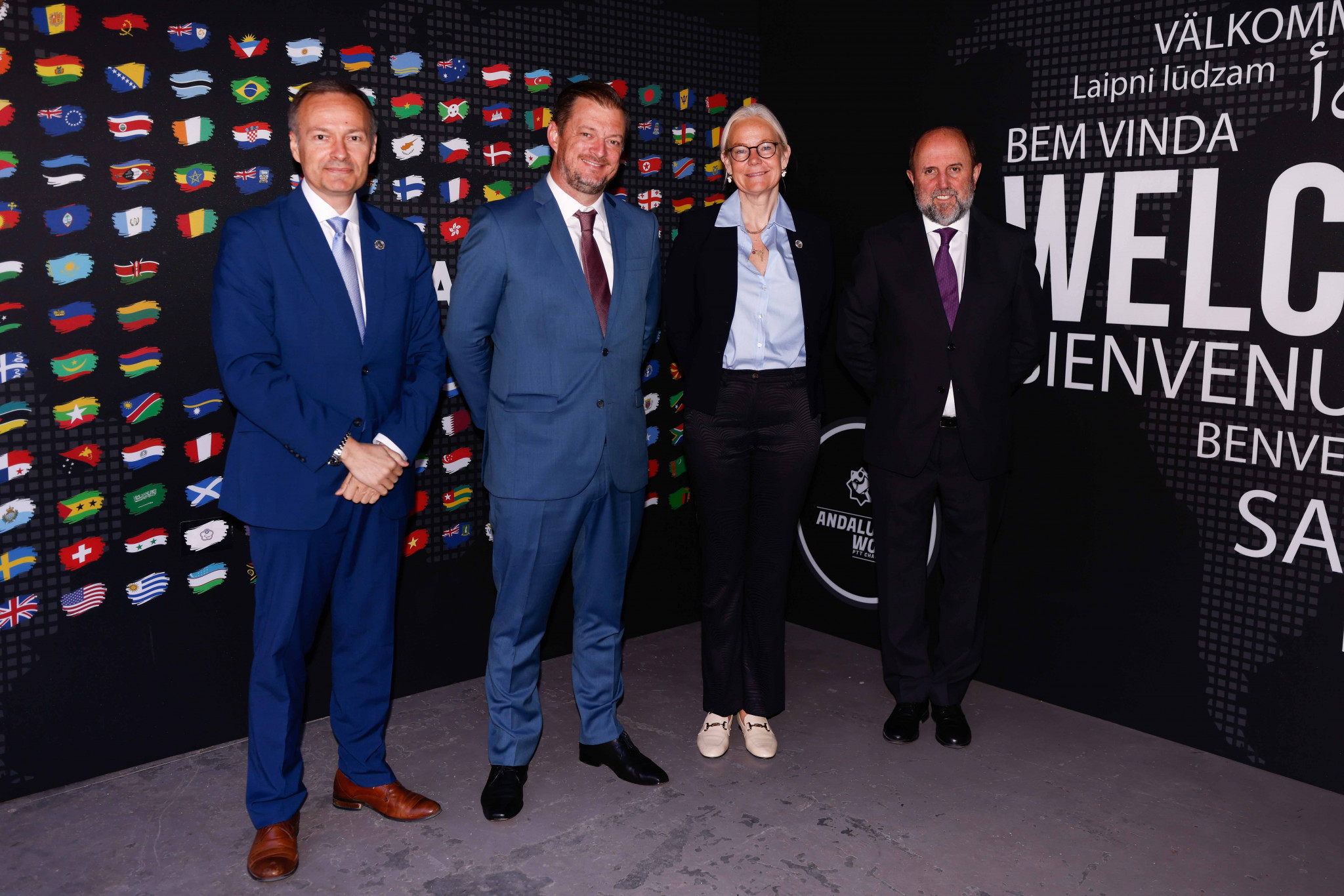 Parsons paid tribute to the International Table Tennis Federation (ITTF) and the record number of athletes who are playing at the event in Spain.

The ITTF has recorded 326 players from 51 teams having entered - the most ever.

"It is always fantastic to see major Para sport events in person, especially in the lead-up to the Paris 2024 Paralympic Games, and I would like to thank the ITTF led by its President Petra Sörling for hosting me," Parsons said.

"Having attended the last World Championships in Slovenia, it was wonderful to see first-hand the evolution in athletic performance and growth in participation to record levels.

"In particular event organisers have done an impressive job in creating spectacular fields of play and all-round accessibility at the event."

#AndaluciaWPTTC22 means so much to our athletes, you can see it in the way they celebrate ? pic.twitter.com/7c9KFg843G

The event is taking place at Palacio de Deportes de Granada, which the ITTF has praised for having special toilets and ramps installed to improve accessibility.

Gilles de la Bourdonnaye, sport manager for table tennis at the Paris 2024 Olympic and Paralympic Games, was also invited by the ITTF for a fact-finding mission.

"We are delighted to welcome President Parsons at this incredible event," ITTF President Sörling added.

"It is an honour to have him come and support our World Para Championships, which help fosters and grows the collaboration between our two organisations."

Tomorrow is the final day of the World Championships.