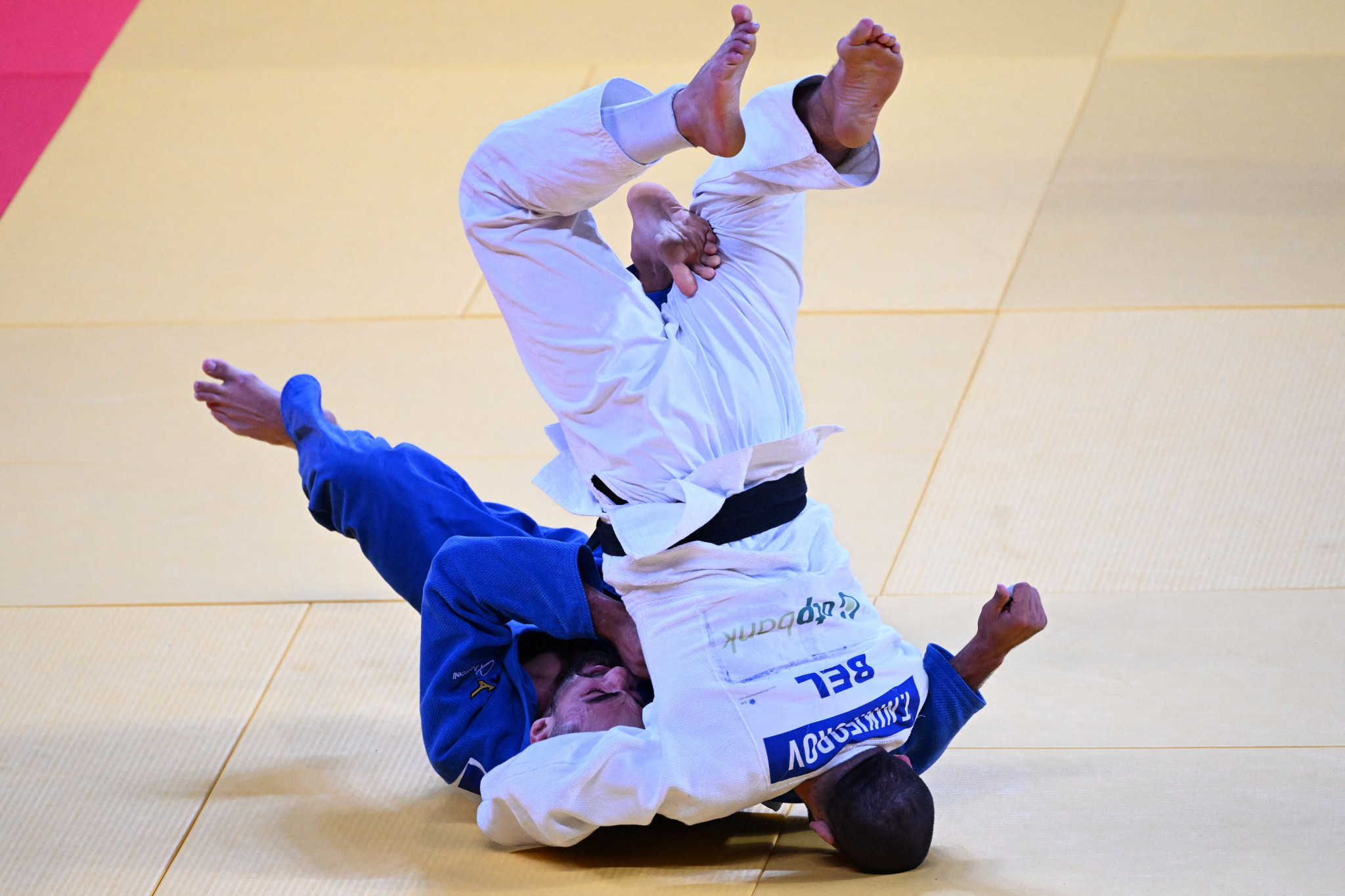 World Championships bronze medallist Kotsoiev was willed on by a fervent crowd as he clinched Azerbaijan's fourth gold medal against Aleksandar Kukolj of Serbia in the men's under-100-kilograms final.

It took just one minute and 47 seconds for the 24-year-old to down his opponent with an ippon after countering a leg sweep attempt with one of his own to slam the Serbian into the tatami.

Gennaro Pirelli of Italy and Germany's Dario Kurbjeweit Garcia were awarded with the bronze medals following their successful stints in the repechage rounds.

In the men's under-90kg decider, Sweden's Marcus Nyman defeated Kukolj's compatriot Nemja Majdov in the golden score round to take the overall victory.

The Swede had been compromised by a defensive approach from Majdov but was eventually able to wriggle free from a standing grip and spin his counterpart on to the mat for the decisive waza-ari.

It was Georgian Luka Maisuradze and Christian Parlati of Italy who bagged the bronze medals in the division.

Kotsoiev gives Azerbaijan the triple! ????? 50 years of Judo in Azerbaijan and they strike Gold every single day of the Baku Grand Slam - what a powerhouse Judo nation!!

The final men's gold medal, in the over-100kg category, went to Tajikistan's Temur Rakhimov following a triumph against Uzbekistan's Alisher Yusupov in 2:53.

Alice Bellandi of Italy secured a single waza-ari win in the four minutes of regulation time against Dutchwoman Natascha Ausma in the under-78kg gold-medal match.

Prior to that, Kosovan Loriana Kuka and The Netherlands' Guusje Steenhuis picked up bronzes.

Serbia's Milica Zabic made up for her male compatriots' losses in the men's finals by clinching gold in the women's over-78kg division.

She downed Rochele Nunes of Portugal after just 53 seconds following Kamila Berlikash of Kazakhstan and Turkey's Hilal Ozturk's triumphs in the bronze-medal matches.

Overall, Azerbaijan finished atop the standings with four golds and two bronzes while The Netherlands and Serbia shared second place with one gold, two silvers, one bronze, and a fifth-placed finish each.