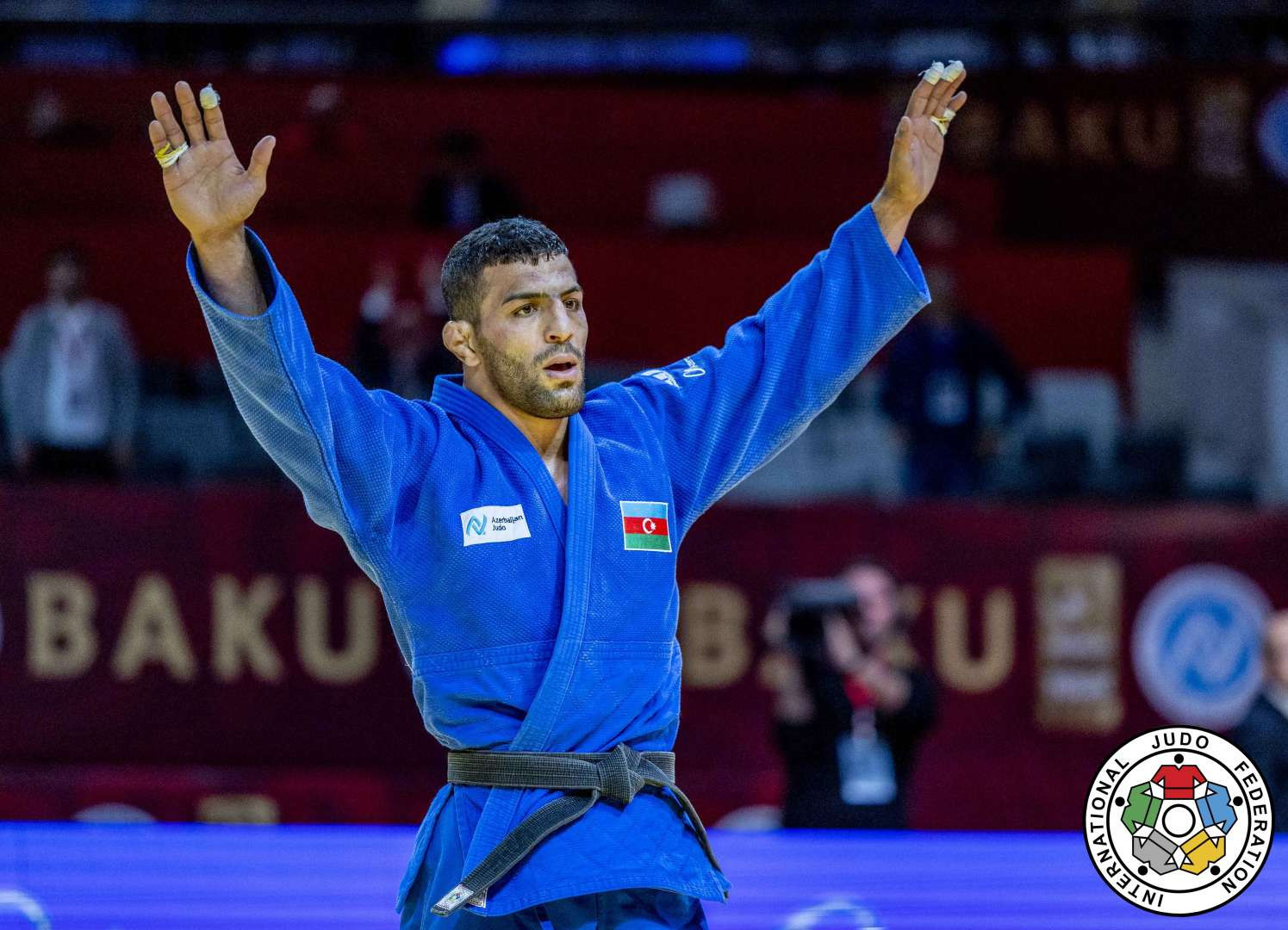 Mollaei, who previously fled Iran over being forced to throw a match to avoid facing Israeli judoka Sagi Muki, got his first Grand Slam gold medal for his new nation - having switched allegiances from Mongolia at the start of the year.

He defeated Belgian Matthias Casse with a waza-ari in the men's under-81 kilogram final.

Askerbii Gerbekov of Bahrain took one of the bronze medals with a waza-ari win over Giacomo Gamba from Italy, with the other one going to Hungarian Attila Ungvari - who got the ippon win over Moldovan Catalin Marian due to his opponent receiving three shidos.

Abdul Malik Umayev from Belgium got the waza-ari win for bronze over Uzbekistan's Murodjon Yuldoshev, while Lasha Shavdatuashvili from Georgia got the ippon victory over Spain's Salvador Cases Roca for the other podium spot.

Inbal Shemesh from Israel was one of two women's winners today, beating Geke van den Berg from The Netherlands in the under-63kg final by ippon.

It was Shemesh's second Grand Slam gold of the season.

Dutch judoka and Olympic bronze medallist Sanne van Dijke defeated Gabriella Willems of Belgium in the final of the women's under-70kg with an ippon to seal the gold medal.

Bronze medals went to Michaela Polleres of Austria and Elvismar Rodriguez of Venezuela with victories over Hilde Jager from The Netherlands and Elisavet Teltsidou of Greece respectively.