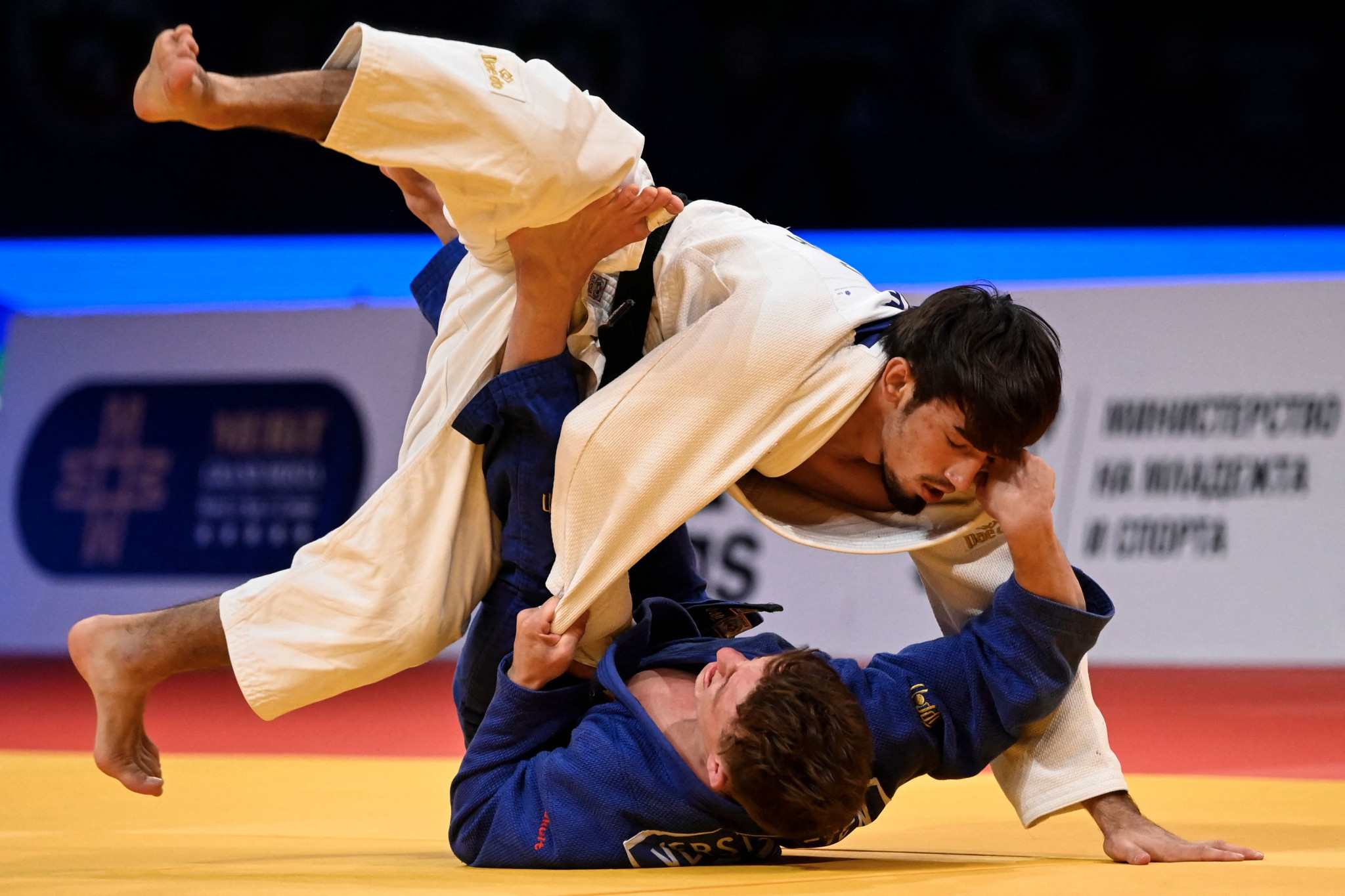 Balabay Aghayev gave the home crowd in Baku something to cheer about, with the judoka from Azerbaijan winning a gold medal on the opening day of the latest International Judo Federation (IJF) Grand Slam leg at the Heydar Aliyev Sport Arena.

Competing in the men's under-60 kilogram category, Aghayev claimed the victory with a waza-ari against Ukraine's Dilshot Khalmatov to win the final.

This added to the success of Karamat Huseynov, who won Azerbaijan a bronze medal at the same weight, scoring the ippon over Spain's Francisco Garrigos.

Two-time European champion Shirine Boukli won her fourth career IJF Grand Slam title in the women's under-48kg and her second of the season after her heroics in Tel Aviv.

Boukli defeated Italian Francesca Milani with an ippon for the gold medal.

Bronze medals went to Milica Nikolic from Serbia and Marusa Stangar of Slovenia with respective wins over Baasankhuu Bavuudorj of Mongolia and Spain's Mireia Lapuerta Comas.

A weight up, Diyora Keldiyorova gave Uzbekistan the victory in the women's under-52kg final, defeating Mongolian Sosorbaram Lkhagvasuren via a shido - adding to her silver in Abu Dhabi last month and her victory at the Asian Championships.

She was joined on the podium by her compatriot Sita Kadamboeva who beat Aleksandra Kaleta from Poland, while Odette Giuffrida of Italy got the other spot with a win over Bulgarian Gabriela Dimitrova.

The last of the women's golds today went to Canadian Christa Deguchi in the under-57kg class, with the newly-crowned Commonwealth Games gold medallist and 2019 world champion picking up her sixth Grand Slam victory with an ippon win via shido against Rio 2016 bronze medallist Telma Monteiro from Portugal.

Ivelina Ilieva of Bulgaria defeated Britain's Lele Nairne and Nora Gjakova of Kosovo recorded a win over Mina Libeer from Belgium for the bronze medals.

Finally, Denis Vieru of Moldova won his third Grand Slam title of the season, with the two-time world bronze medallist beating Mulorajab Khalifaev of Tajikistan with an ippon via shido.

Azerbaijan won one more bronze medal thanks to Orkhan Safarov defeating Serbian Strahinja Buncic; while the other one went to David Garcia of Spain as he beat Mongolian Erkhembayar Battogtokh.