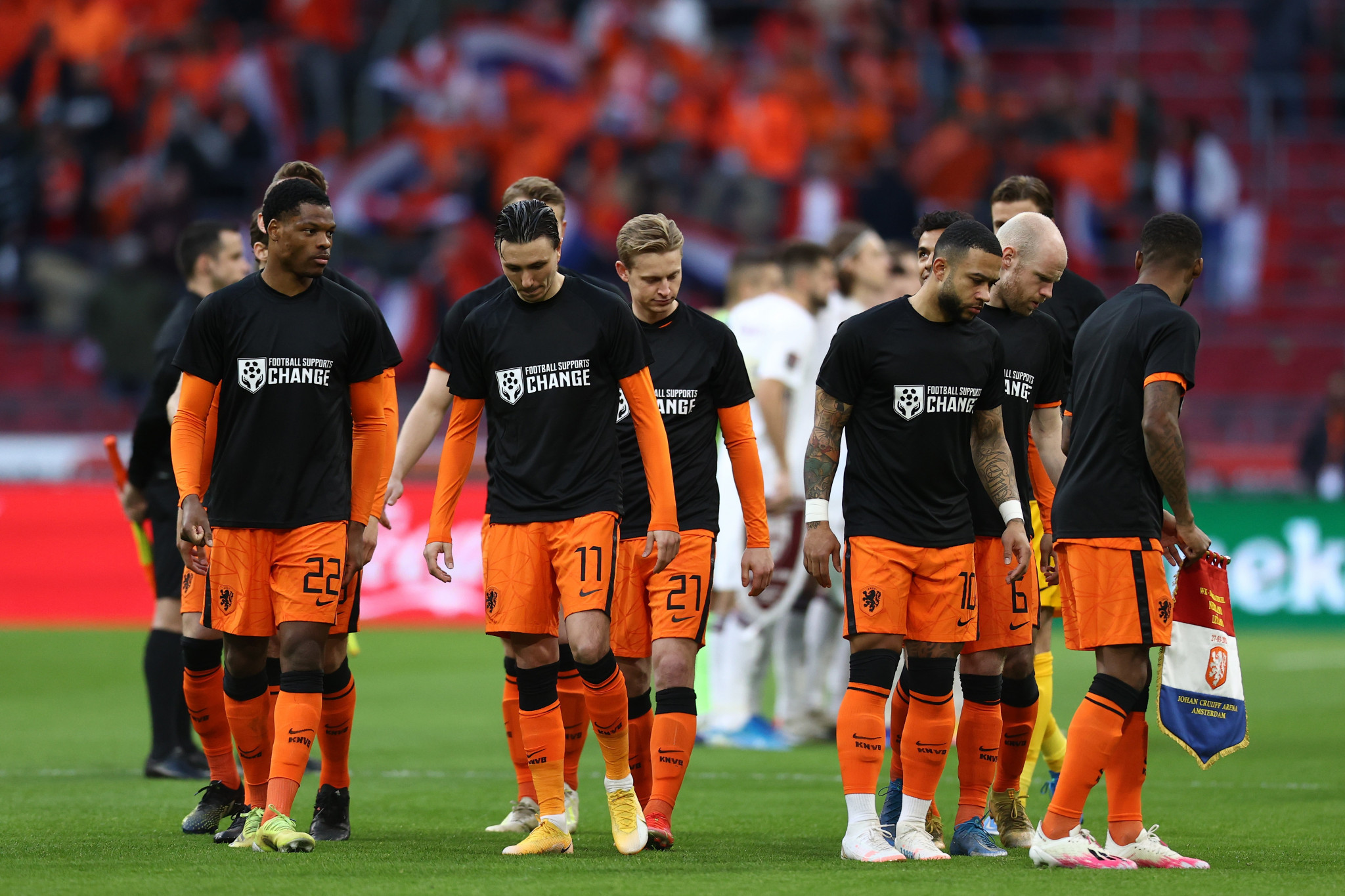 The Royal Dutch Football Association (KNVB) has insisted that it has yet to receive a "convincing answer" from FIFA that it will compensate migrant workers who have suffered in the build-up to the World Cup in Qatar.

FIFA has issued a letter to all 32 nations that are set to participate in the tournament to "focus on football" and not allow the sport to be "dragged into ideological or political battle that exists".

The KNVB confirmed that the UEFA working group on worker’s rights in Qatar had also received a response from FIFA following discussions about a compensation fund for "victims of labour migrants or surviving relatives", the rights of the LGBTI community and the creation of a migrant worker centre.

According to the KNVB, FIFA highlighted the progress made in Qatar, referencing a recent report made by the International Labour Organization and reiterated that visitors to the country would be safe and welcome.

However, the KNVB claimed that FIFA had not made "any concrete commitments" about the compensation fund and migrant worker centre that the working group had "specifically requested".

"Working group jointly reacted disappointed to FIFA this afternoon," the statement from the KNVB read.

"Within two weeks all teams will travel to Qatar and the countries affiliated to the working group want to enter the World Cup with the promise that these two matters will be tackled.

"We want a convincing answer, which FIFA has promised us several times.

"That is why we have put this topic on the agenda for the upcoming FIFA Summit [on November 20] so that it can now be discussed with all 211 unions."

The build-up to the World Cup was dominated by concerns over Qatar’s labour laws, treatment of migrant workers and policies on homosexuality and women’s rights.

Australia and Canada have recently called for Qatar to improve the rights of migrant workers, while Denmark’s players are to wear a "toned down" kit in protest to the World Cup being staged in the Middle East nation.

However, FIFA President Gianni Infantino and secretary general Fatma Samoura have urged the participating teams to concentrate on playing football.

"We know football does not live in a vacuum and we are equally aware that there are many challenges and difficulties of a political natural all around the world." the letter read.

"But please do not allow football to be dragged into every ideological or political battle that exists."

The Netherlands has campaigned against Qatar’s human rights record as Dutch players wore shirts with the message "Football Supports Change" in a World Cup qualifier against Latvia in March last year.

"After the World Cup, the KNVB wants to be proud of two things: of the performance of the Dutch national team on the field and of the lasting improvements in the situation of migrant workers in Qatar," said KNVB secretary general Gijs de Jong in response to FIFA’s letter.

"We will also remain committed to this last topic. We have been working on this for a long time and will continue to do so after the World Cup."

The KNVB said it had spoken with human rights organisations, migrant workers and The Netherlands Trade Union Confederation (FNV) to find out what it can do to contribute to "sustainable change".

"The advice was to draw the world's attention to these problems and use one's own influence to drive improvements," the statement from the KNVB  added.

"The KNVB works together with other football associations, UEFA and the FNV.

"The KNVB is the first football association to work together with a trade union for this."

Qatar is scheduled to stage the FIFA World Cup from November 20 to December 18.