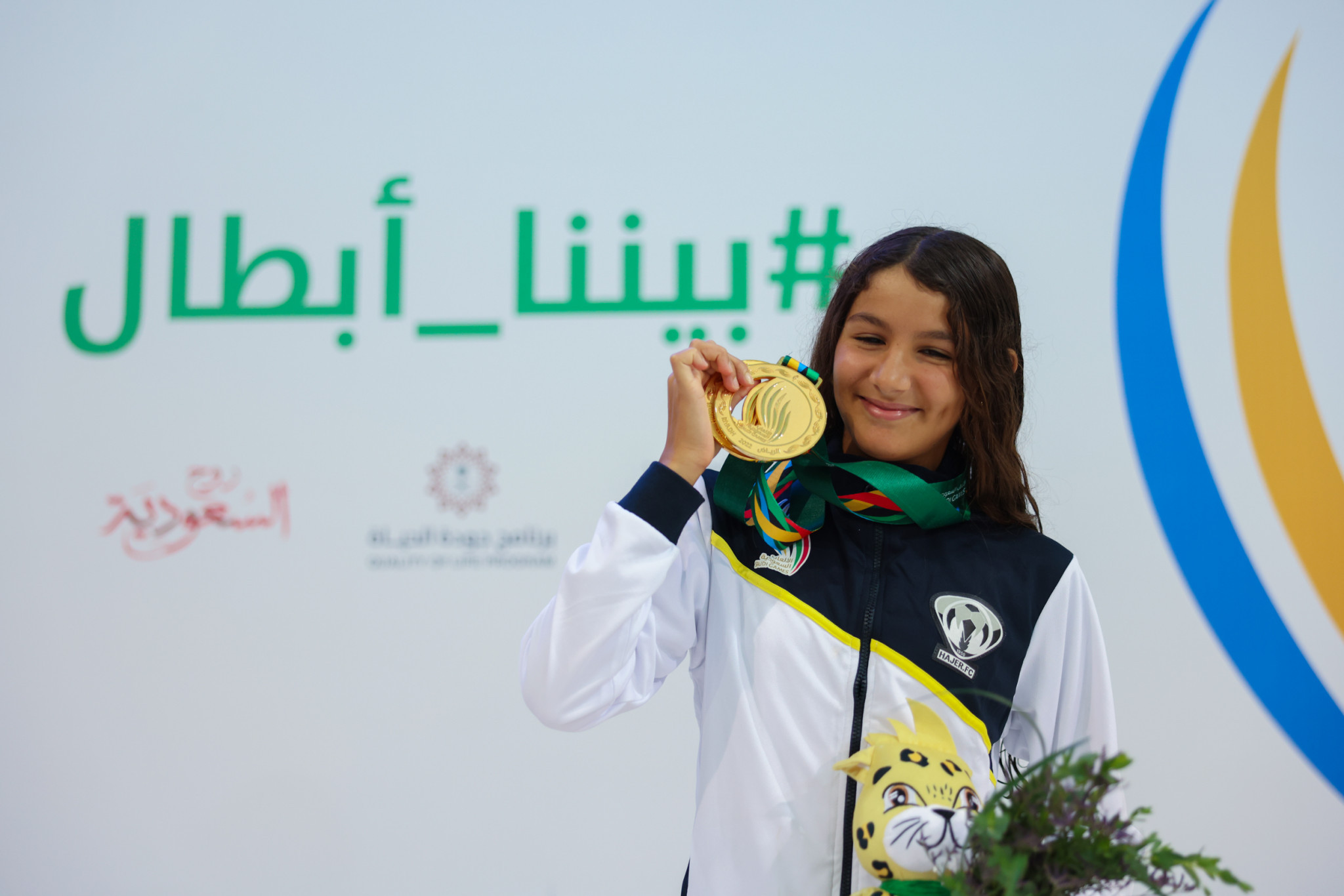 Kawthar Al-Baroudi achieved back-to-back titles to cap off the conclusion of the swimming programme here in Riyadh at the Saudi Games.

She initially ruled supreme in the women's 50 metres freestyle, and she made her intentions well known in her heat at the SAOC Complex.

Her competition couldn't touch her as she timed at 29.38sec to beat her closest rival, Noor Al-Barmawi, by 2.60.

Farida Shamseddine was even further behind as she touched the wall in 33.02.

The result of the second heat quickly showed that Hana Jaber would give Al-Baroudi a run for her money in the final following time of 29.55 in her heat.

With eyes gazing upon who could take the win, Al-Baroudi came out the traps fast and notched 29.29, which was enough to beat Jaber.

Jaber recorded 30.10 to claim second as Mashael Al-Ayed collected bronze for finishing in 30.70.

Following her golden success, the talk quickly came to whether Al-Baroudi could go back-to-back by securing the women's 50m breaststroke title.

Mariam Mustafa seemed to be her most likely rival as she finished her heat in 40.2.

However, Al-Baroudi repeated hers success with relative ease, clocking at 30.20 to defeat Mariam Mustafa by 1.17 in the women's 50m breaststroke.

Al-Ayed again picked up the third-place medal following a time of 42.90.