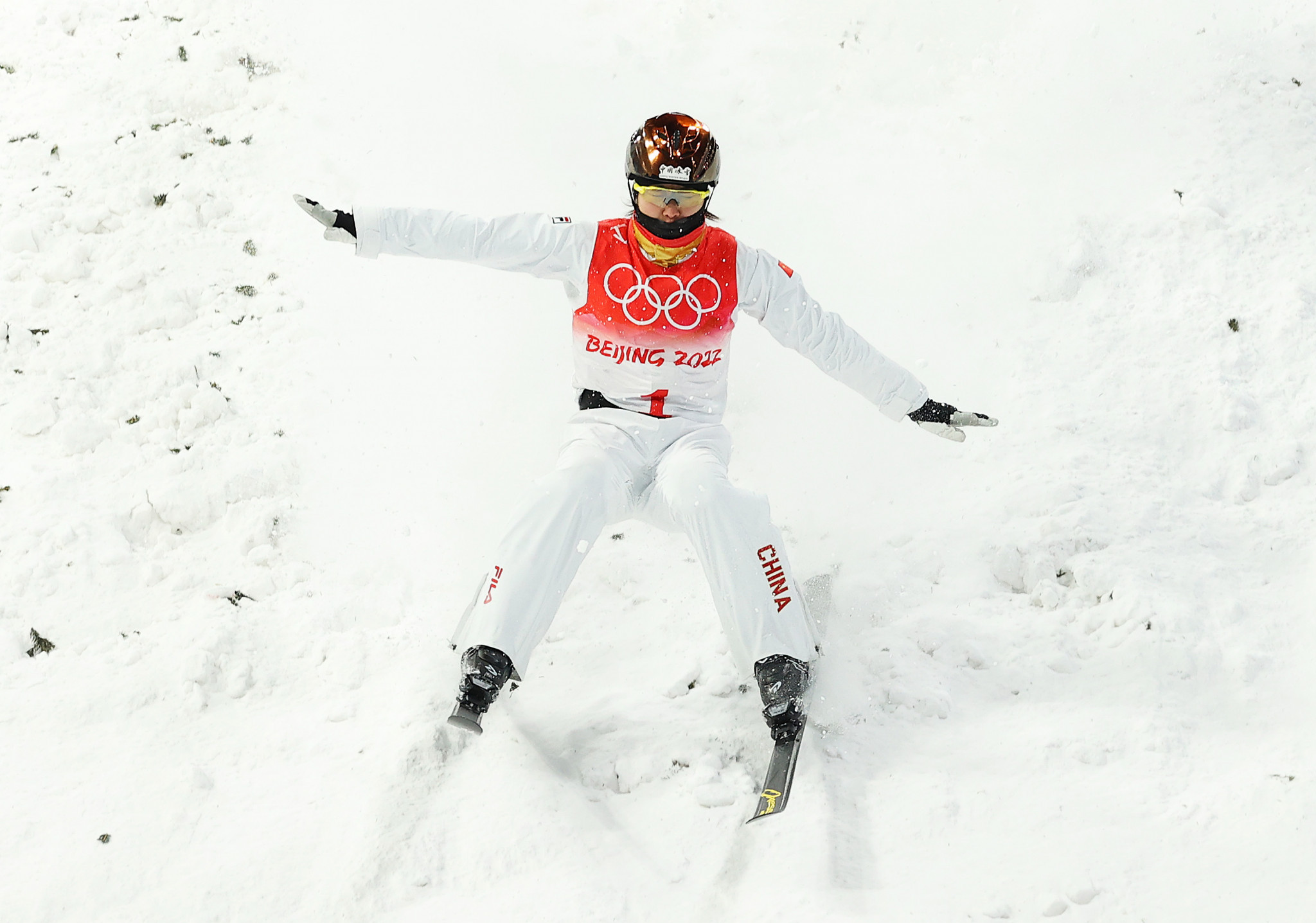 This would make her the first aerials skier to achieve the feat and the first Chinese athlete in any Winter Olympic discipline to compete at five Games.

The 32-year-old won her first Olympic gold medal at her home Games in Beijing earlier this year, and also helped China to win silver in the mixed team aerials event.

Xu then served as one of China's flagbearers at the Beijing 2022 Closing Ceremony.

Xu also won a women's aerials silver medal at Sochi 2014, sandwiched between a sixth-place finish on debut at Vancouver 2010 and ninth-place finish at Pyeongchang 2018.

She is a former aerials world champion, her 2013 triumph featuring alongside three silver and three bronze medals at the World Championships.

Xu is targeting another Winter Olympic Games appearance in four years' time, when she will be 35.

"I want to try to compete at my fifth Winter Olympics in Italy in 2026," she said, as reported by the state-run China Daily.

"The moment I won gold at Beijing 2022 I felt like it was time to call it a career.

"But after a long break, I realised deep down that I still love the sport so much that I cannot let go.

"Now that I've fulfilled my destiny and completed a grand slam in the sport after winning the Olympic gold medal, I can continue with a free mind to enjoy the sport out of my pure love for it.

"I might not end up with another medal in Italy but I can pass on my experience to the younger generation to help the national programme remain on top in aerials."

China achieved its best-ever performance at a Winter Olympics at Beijing 2022 with nine gold medals, four silver and two bronze.

Freestyle skiing events at Milan Cortina 2026 are due to be held in Livigno near the Swiss border.