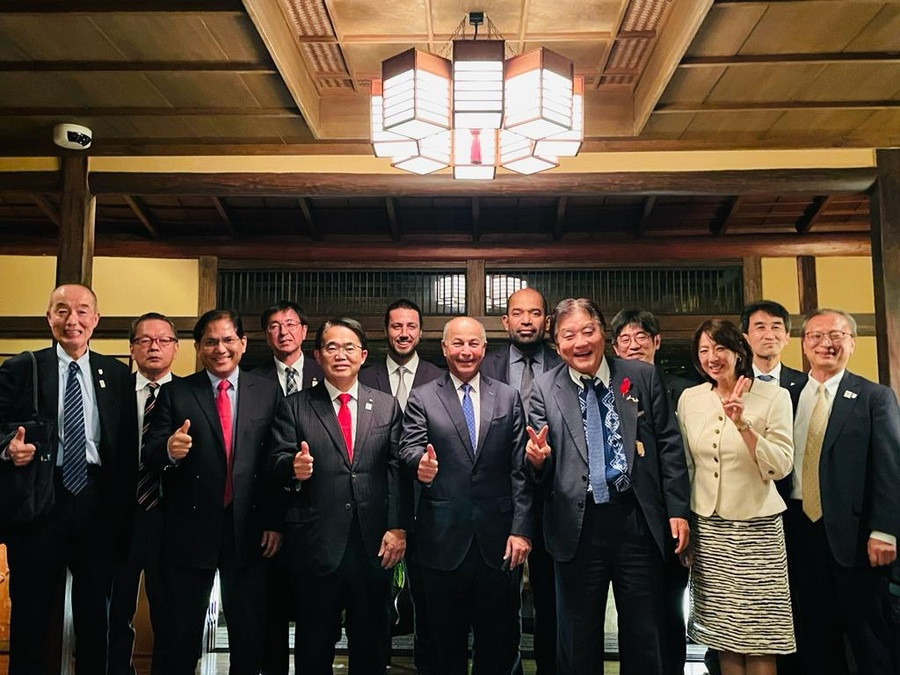 The Olympic Council of Asia (OCA) has held a meeting with officials from Nagoya city and the Aichi prefecture to discuss preparations for the 20th Asian Games.

Vinod Kumar Tiwari, director of International and National Olympic Committee Relations, and OCA Executive Board honorary member Taha Al Kishry of Oman were also present, with discussions focused on the progress of preparations.

The sports programme, competition venues and Opening and Closing ceremonies at Aichi-Nagoya 2026 were some of the topics that were touched upon.

It is expected that the Asian Games in Japan will have around 41 sports, of which 32 will be featuring at the Paris 2024 Olympic Games.

Five regional sports from the five Asian zones and two sports proposed by the local Organizing Committee is set to complete the official programme, yet to be announced.

A total of 15,000 athletes from 45 National Olympic Committees are expected to compete at the 20th Asian Games.

Aichi and Nagoya were awarded hosting rights at the 2016 OCA General Assembly, and 2026.

It will also be the third time that Japan is hosting the continental multi-sport event with the last edition in the country being Hiroshima in 1994.

Tokyo hosted the Games before that in 1958.

"Imagine One Asia" is the official slogan of the Games.