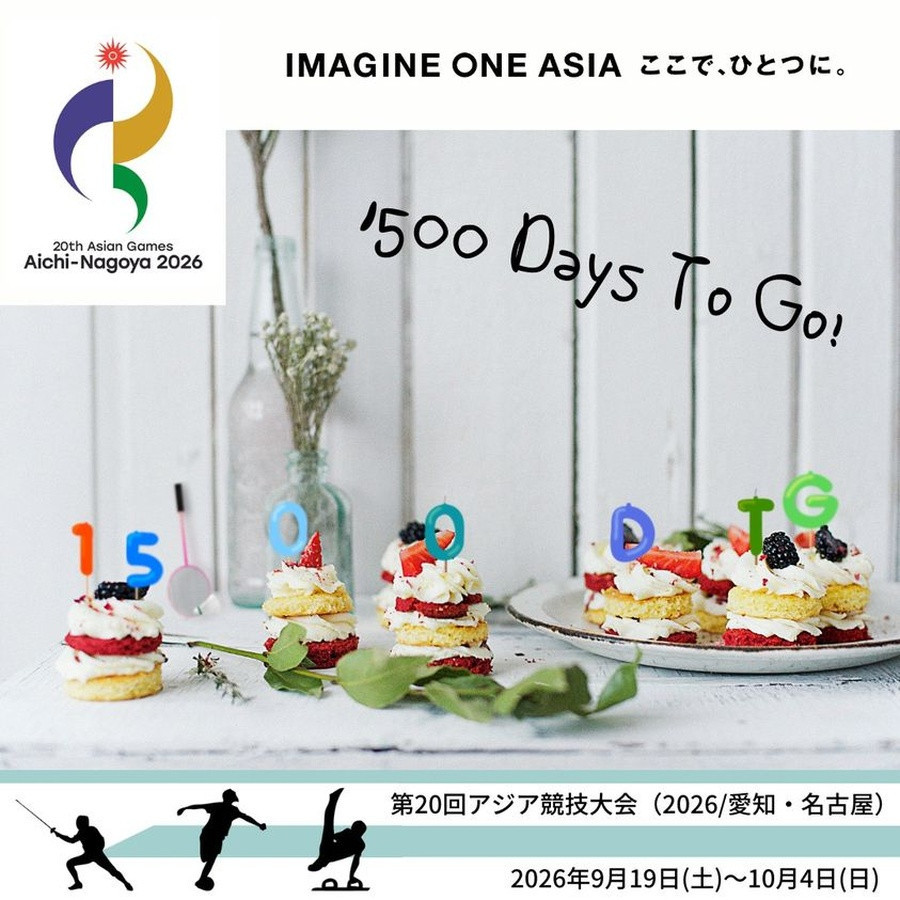 The Aichi-Nagoya 2026 Asian Games Organising Committee (AINAGOC) have celebrated 1,500 days to go until the 20th edition of the event.

The Games are due to be held in the city of Nagoya and the wider Aichi prefecture from September 19 to October 4 in four years' time.

In a series of promotional posts and campaigns on social media, AINAGOC said: "Today, August 11, is 1,500 days before the 20th Asian Games Aichi-Nagoya 2026 - the largest event that contributes to international peace through sport and fostering diversity.

"Looking forward to the opening!

"Is it still far away?

"In 2026, let's be here together and share the inspiration that sport brings."

The Organising Committee also asked members of the public to provide inspirational slogans and messages for its "thought corner" on the official website.

The messages were intended to match the theme of the Games' slogan "Imagine One Asia".

Aichi and Nagoya were awarded the 2026 Asian Games at the Olympic Council of Asia General Assembly in 2016.

Hangzhou in China is scheduled to stage the next edition of the Asian Games, which were due to be held next month, but have been postponed, and are now scheduled to take place from September 23 to October 8 2023.

The Organising Committees for the 2022 and 2026 Games have signed a Memorandum of Understanding aimed at building momentum for both events.

China and Japan have historically been the two best nations at the Asian Games.

Japan has previously held the Asian Games in Tokyo in 1958 and Hiroshima in 1954.

Aichi-Nagoya has also applied to stage the 2026 Asian Para Games.

The Aichi-Nagoya Organising Committee has also celebrated the 2,026 and 2,000 days to go milestones.