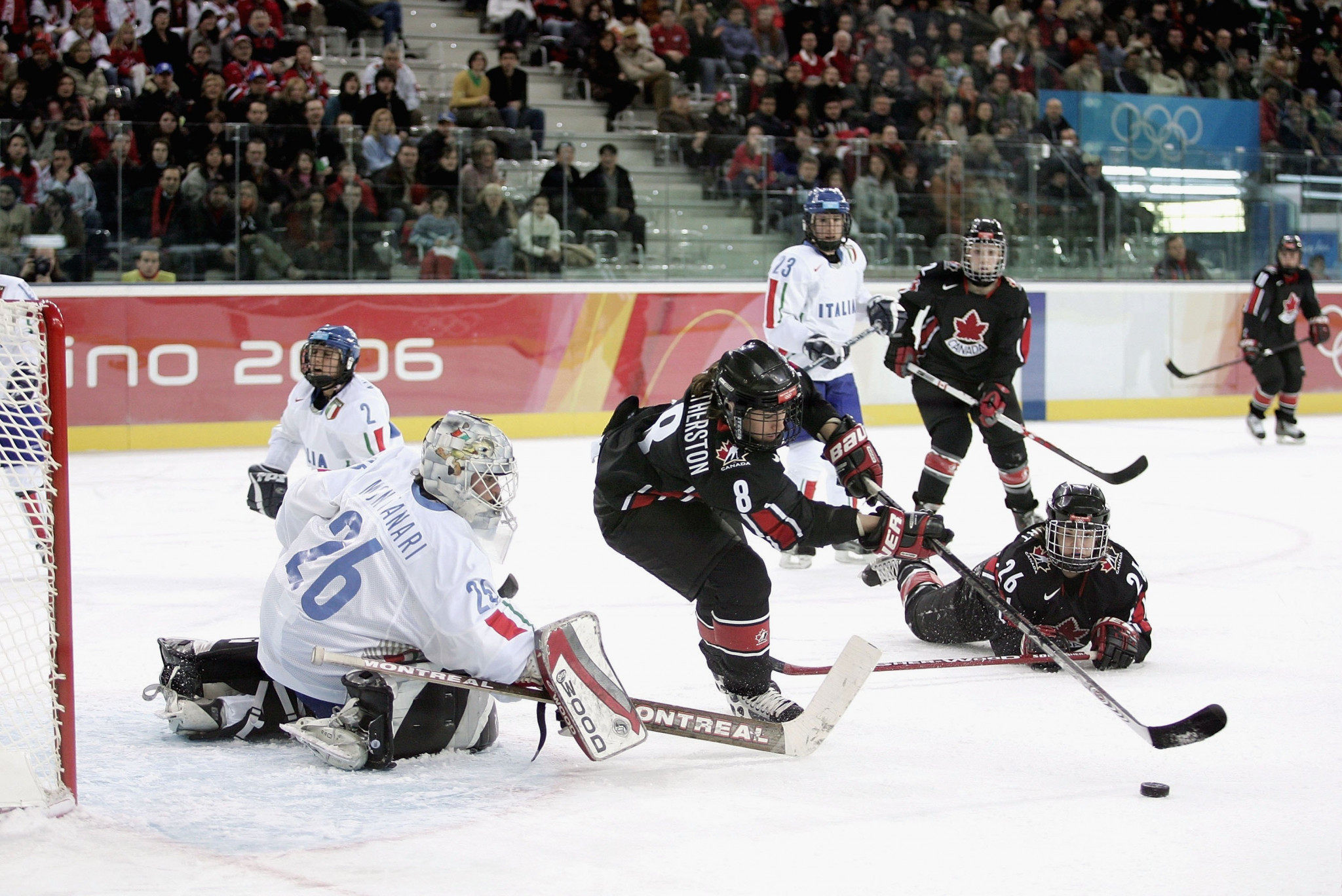 Olympic champion Katie Weatherston has criticised Hockey Canada, saying it would only provide CAD4,000 (£2,600/$2,900/€2,900) to cover medical expenses for a brain injury she sustained while playing for the national team.

The allegation comes in light of the governing body admitting it paid out millions in out-of-court settlements for sexual abuse cases.

"It was a slap in the face back then, when I was told they only have CAD4,000 to give me," Weatherston said, as reported by CBC.

"And now it's absolutely shocking what's come out and that they had no money for me, but they have money for this.

"I don't want to see it happen to other young female athletes."

Hockey Canada has faced heavy criticism for its treatment of allegations of sexual assault since it became known earlier this year that it had settled a case for CAD3.55 million (£2.3 million/$2.5 million/€2.6 million) with a woman who claims she was abused by members of Canada's junior national team in 2018.

It was then revealed that the organisation has paid CAD8.9 million (£5.8 million/$6.4 million/€6.6 million) across 21 settlements over claims of sexual assault since 1989.

Some of the money came out of Hockey Canada's National Equity Fund, which is generated by membership fees and investments.

Weatherston disputed why the National Equity Fund was not being used to pay for her treatment.

"I can't afford to pay that much toward my medical bills, so I'm not getting the care I need."

Hockey Canada's entire Board of Directors has stepped down, as well as President and chief executive Scott Smith, because of the backlash over its handling of cases of sexual misconduct.

The national governing has had its access to public funds frozen and has seen dozens sponsors end commercial deals because of the scandal.

"The safety of our athletes is our highest priority," a Hockey Canada spokesperson told insidethegames.

"Should a player sustain an injury while practicing or playing hockey at a Hockey Canada sanctioned event, depending on the nature of the injury and how it occurred, there are a different insurance policies or Hockey Canada self-insured funds that may be available to them as part of their membership.

"These include a commercial general liability (CGL) insurance policy that responds when injuries were caused by the fault of an insured Hockey Canada member, an accidental death and dismemberment (AD&D) policy that provides specific amounts of coverage for defined injuries, and the Health Benefit Trust which will cover some otherwise uninsured medical and dental expenses, up to a maximum of CAD5,000 (£3,200/$3,600/€2,600).

"The athlete is provided with the details of all the coverage provided by Hockey Canada, and we assist players in submitting their claims.

"We are sorry to hear that Ms. Weatherston has concerns regarding her past injuries.

"Should there be new information about her medical case, we encourage her – as we would with any Hockey Canada member – to reach out to us. Our insurer would make any determinations about Ms. Weatherston’s entitlement to coverage under the CGL or AD&D policies.

"Out of respect for privacy and confidentiality, it would be inappropriate for Hockey Canada to discuss an individual’s specific case through the media."

She also has gold and silver medals from the 2007 and 2008 World Championships, respectively.