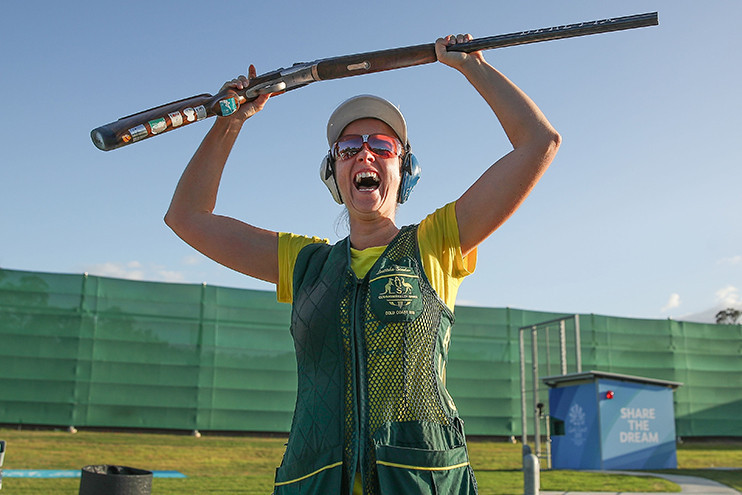 Gippsland will host shooting when it makes its return to the Commonwealth Games in 2026, the Victoria Government has announced.

Earlier this month, the Commonwealth Games Federation confirmed that shooting had been added to the programme, along with golf, coastal rowing and BMX racing.

The shooting events at Victoria 2026 are due to comprise of shotgun clay target trap, 10 metre air pistol and 10m air rifle.

For the first time, Para shooting is also due to be included.

Five sports are due to be staged in Gippsland, a rural region that makes up the south-eastern part of Victoria, with shooting and Para shooting bolstering the existing competition schedule of women's T20 cricket, badminton, rugby sevens and road cycling.

Further details regarding the specific locations for the shooting events in Gippsland are expected to be announced in the next few weeks.

Gippsland will also be the location for an Athletes’ Village in Morwell, located 150 kilometres east of Victoria's state capital Melbourne, hosting about 1,000 competitors and officials.

In August, Shooting Australia chief executive Adam Sachs had visited Bendigo and the city had been expected to host the sport at Wellsford Rifle Range, which hosted full-bore rifle events during the 2006 Commonwealth Games in Melbourne, if it was added to the programme.

But the decision by Victoria 2026 not to include the full-bore rifle event as part of the programme seems to have led to a re-think.

"We are delighted that Gippsland has been identified as the host for shooting at the 2026 Commonwealth Games and are looking forward to working closely with the Victorian Government and local shooting organisations towards the development of international standard facilities that will enable us to showcase our amazing athletes and our sport," Sachs said.

"Any investment by Government in new or upgraded facilities will have a significant impact on the long-term growth of shooting in the region and will support the engagement and development of future world-class athletes from Gippsland and Victoria for years to come.

"This will be the legacy of shooting’s re-admission to the Commonwealth Games and is something that we can all be very proud of."

The decision to exclude shooting from Birmingham 2022 caused a major controversy and nearly led to India boycotting the Games in protest.

"This is a remarkable outcome for shooting in what was an intense and competitive process underpinned by high-quality EOIs (Expressions of Interest) from a significant number of International Federations," Sachs said.

There was tough competition to be added to the programme for Victoria 2026, but Shooting Australia ran a high profile social media campaign to push their case.

"The process for inclusion of phase two sports in the Victoria 2026 Commonwealth Games has been vastly different to previous Games," Sachs revealed.

"We are truly grateful for the significant contributions from and collaboration between shooting’s key stakeholders including our International Federations, our National Member Organisations and their nominated representatives, and the wider shooting community.

"This unified approach has resulted in Shooting’s re-admission to the Commonwealth Games, and we are excited that our athletes and our sport has been given the opportunity to contribute to the success of Victoria 2026."