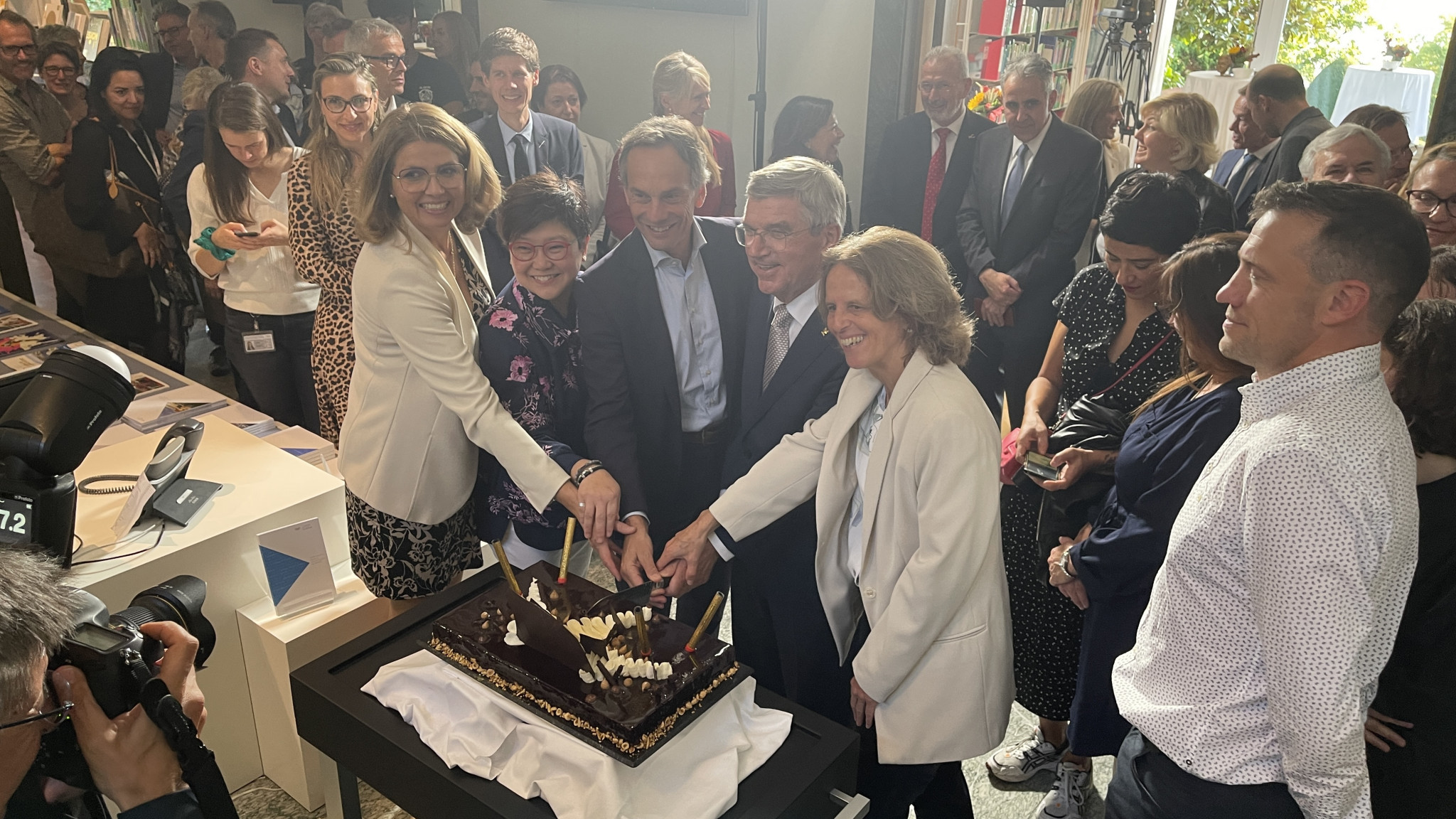 International Olympic Committee (IOC) President Thomas Bach has recalled the contribution of founder Pierre de Coubertin as he cut a celebratory cake to mark the 40th birthday of the Olympic Studies Centre (OSC).

"The OSC has promoted a deeper understanding of the Olympic values and of the ideas of de Coubertin across the globe," Bach said.

De Coubertin had suggested such a centre shortly before his death in 1937.

"He said that a Centre of Olympic Studies would mean the preservation and progress of my work more than anything else," Bach told an audience of Olympic students and academics at the Villa Centenaire in Lausanne.

"You can also see that education and the academic world was at the heart of the Olympic mission even before the OSC had been created," Bach added.

"The OSC is the relay station between the academic world, society and the Olympic Movement and it is really part of the legacy of Coubertin’s thoughts to the present day," International Pierre de Coubertin Committee (CIPC) President Stephan Wassong told insidethegames.

Although a small Olympic Museum existed in one form or another since the 1920s but it wasn’t until 1982 that documents and papers of the Olympic Movement were first opened to the public in 1982 in a more formalised studies centre.

This came at the initiative of then IOC President Juan Antonio Samaranch.

An initial temporary museum was first opened to the public in October 1983 when all the documents were listed in a written catalogue without the aid of computers.

When the present Olympic Museum opened on the banks of Lake Geneva at Quai D’Ouchy in 1993, the OSC was moved to the same site.

It now operates under the aegis of the Olympic Foundation for Culture and Heritage which is responsible for the "international promotion and dissemination of Olympism."

The archive collection now holds IOC publications and historical archives dating back to 1894 when the decision was taken to revive the Olympics for the modern era at a meeting in Paris.

It has over 38,000 books, magazines and other material and at least 11,500 of these are now available in digital format online.