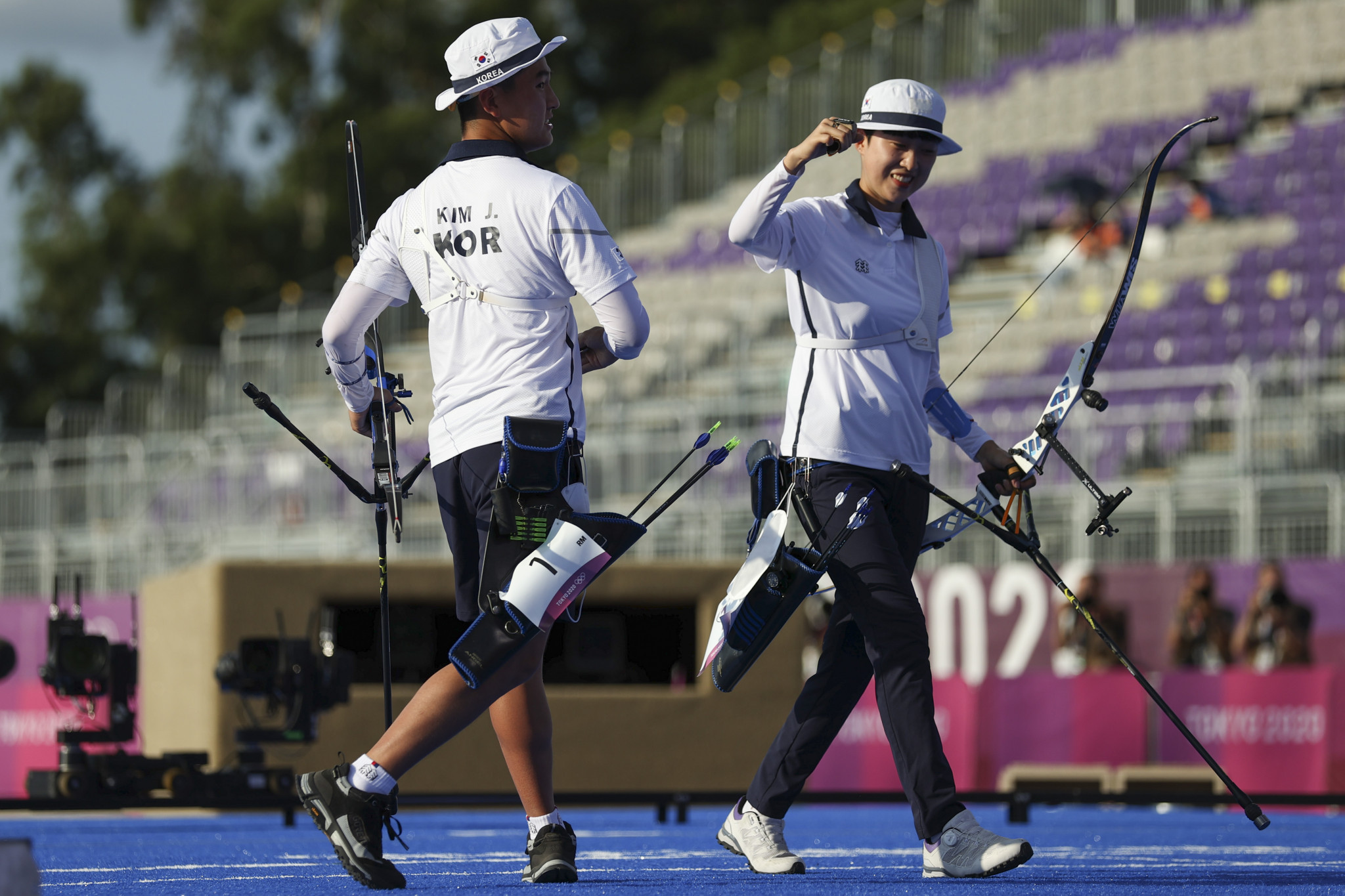 An arrow which split another during competition at the Tokyo 2020 Olympics has been put on display at the Olympic Museum in Lausanne as part of an exhibition on the Games.

The incident happened during the mixed team competition, held for the first time at the Games.

The arrow shot by triple gold medallist An San split another one already fired by her team mate Kim Je Deok and is called "Robin Hood" - named after the fictional archer Robin Hood from the mediaeval era.

"I said sorry to him afterwards," An joked after the competition.

It is believed to be the first time such an incident had been captured on camera during competition.

George Tekmitchov, the engineer who designed the arrow used for the shot, calculated that An's must have been no more than 0.2mm away from the dead centre of the other arrow.

The Koreans went on to defeat the Netherlands in the final to win gold.

Their arrows were donated to the Olympic Museum at the request of World Archery.

The pair also presented an autographed team uniform to the exhibition.

San also won the women's individual title and team events to become the first to win three archery titles at the same Olympics.

South Korea remain the most successful nation in Olympic archery since it was restored to the full programme 50 years ago.

They won four of the five gold medals on offer in Tokyo.