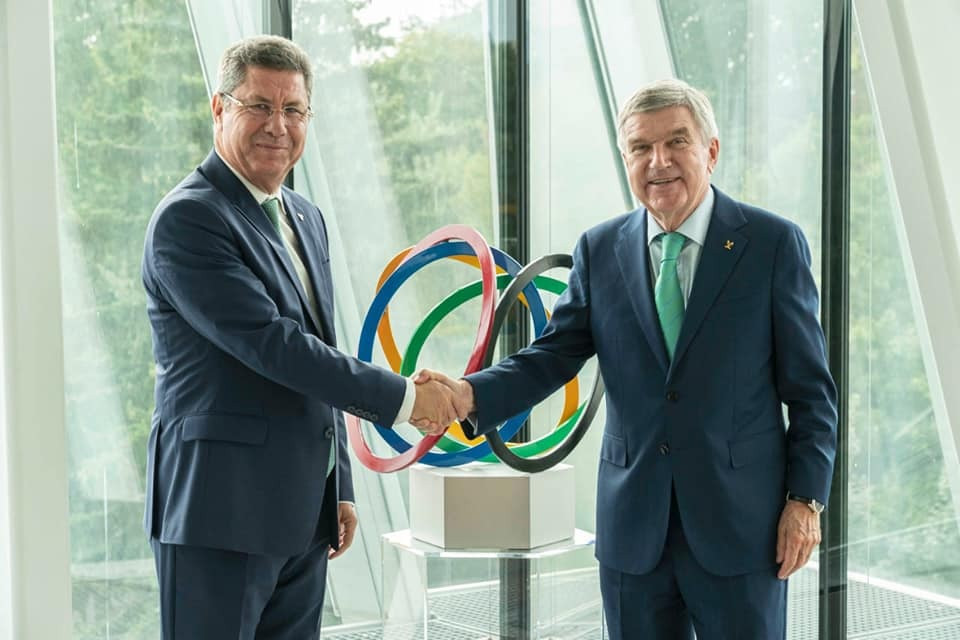 Boussayène led a CNOT delegation to the Swiss city where they met Bach at the IOC’s headquarters.

The CNOT said Boussayène had a working session with Bach where they discussed the future of the Olympic Movement in Africa and the rest of the world.

According to the CNOT, Bach congratulated the organisation on its efforts to support National Federations and athletes to perform at the Olympic Games "despite the difficult times Tunisia has been through in recent years".

The three-day visit that included 19 working sessions with various departments also saw Boussayène hand over a special gift to both the IOC’s Olympic Solidarity team in recognition of the support they had made available to all National Olympic Committees and present a collection of publications to the Olympic Studies Centre.

The CNOT concluded the trip to Lausanne with a tour of the Olympic Museum which includes the swimming trunks worn by Tunisian teenage swimming sensation Ahmed Hafnaoui, when he won men’s 400-metres gold at the Tokyo 2020 Olympics.