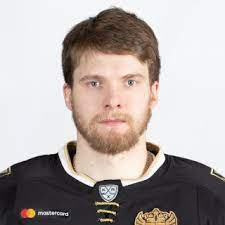 But bobsledder Ilvir Khuzin, an eight-time World Cup medallist, has revealed that he has been called up to the military for the war in Ukraine and will report tomorrow.

“I received a summons to the draft board, I’m going to go there tomorrow,” the 32-year-old Khuzin said.

"What was my reaction when I received the summons?

"I had to defend the honour of the country many times in international competitions.

"If necessary, I will protect her in another capacity."

The Leninsky District Court of Ufa decided to fine Lukin, who plays for Yugra in Khanty-Mansyisk, taking into account his monthly income and family.

He is the third ice hockey player to be convicted of charges of bribery to avoid military service dating back to 2019 in recent weeks, with Mikhail Vorobyov fined RUB 2 million (£31,000/$35,000/€35,000) and Anvar Suleimanov handed a five-year suspended prison sentence.

Military service in the armed forces is mandatory for all male citizens aged 18 to 27 in Russia, with some exceptions.

Russian President Vladimir Putin has recently escalated the war with Ukraine by calling up 300,000 army reservists.

Numerous athletes including European figure skating gold medallist Dmitri Aliev and former international footballer Diniyar Bilyaletdinov are reportedly among those who have been summoned to potentially serve in the army.

Khuzin's best performance was winning a gold medal in the four-man event at the International Bobsleigh & Skeleton Federation World Cup in Park City in 2016.

He also won five silver medals and two bronze during his career but was banned for doping in 2017, along with several team-mates implicated in the state-sponsored doping scandal.

Russian Sports Minister Oleg Matytsin has insisted that there should be no "exclusive privileges" for athletes, while Russian Olympic Committee President Stanislav Pozdnyakov has claimed that athletes should be honoured if they are called up to fight.