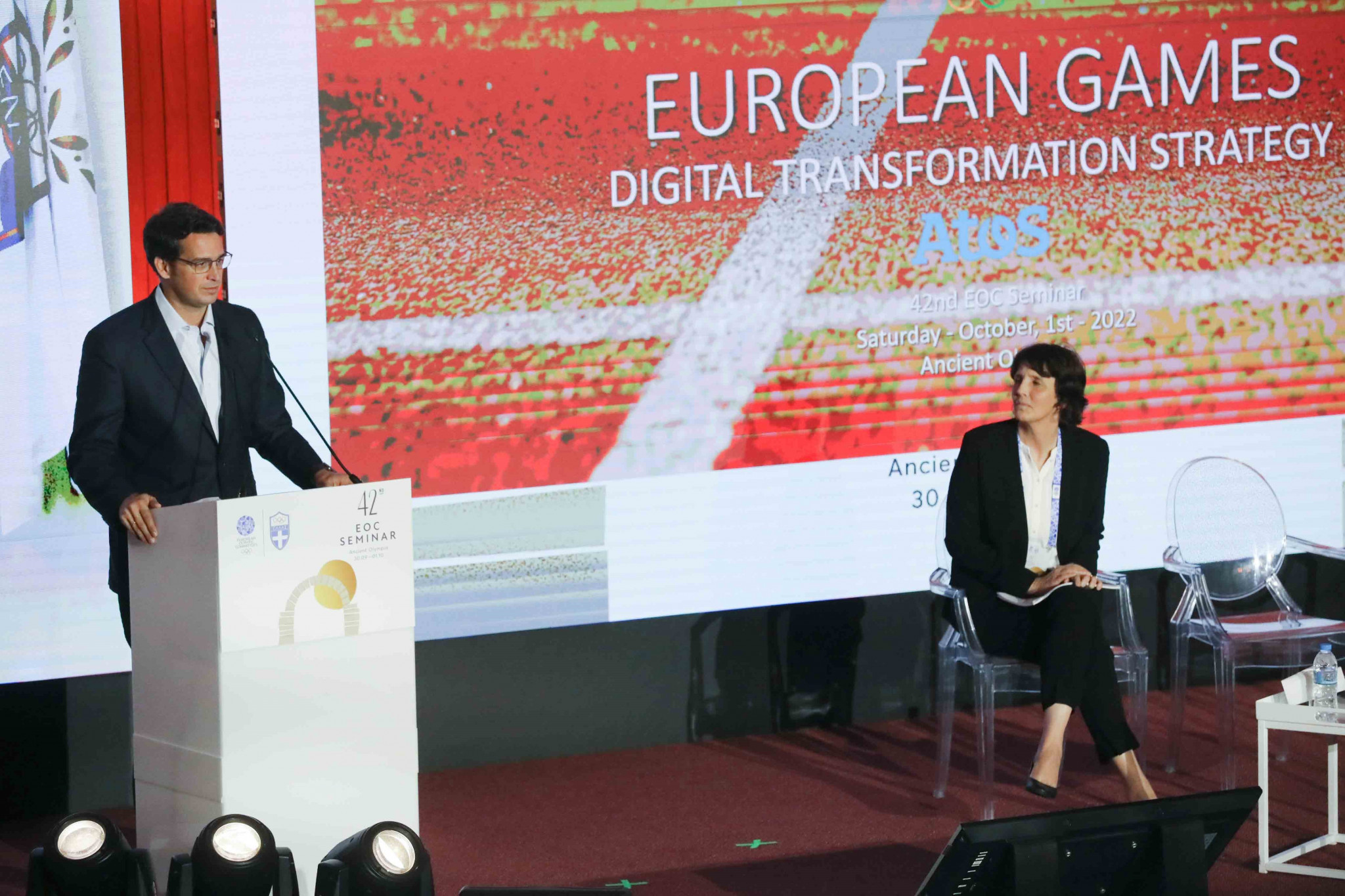 The European Olympic Committees (EOC) have been urged to "start embracing digital disruption" in a bid to ensure the European Games remains "relevant" to younger audiences.

Pedro Moreno de los Rios, senior digital consultant for Atos, called on the organisation and its National Olympic Committees (NOCs) to join a "new journey" as he laid out plans for a new "digital transformation strategy" at the EOC Seminar here.

French-based Atos, a member of the International Olympic Committee’s flagship The Olympic Partner sponsorship programme, struck a deal with the EOC last year to become the digital technology partner for the Kraków-Małopolska 2023 European Games and the 2027 edition.

Moreno de los Rios, who is a marketing and communication expert for the EOC and Kraków-Małopolska 2023, insisted it was crucial to adapt to the way fans and athletes were using digital platforms.

"Technology is a major disrupter and we have to acknowledge it, embrace it and adopt it otherwise we might be left behind," said Moreno de los Rios.

"With the trust and confidence, technology will be there to give us the necessary lift for the future.

"We have new networks so we need to be able to understand the relationships with fans and how can we leverage them in order to raise the valuation of our games so we can monetise higher and reach further."

Moreno de los Rios also told delegates at the EOC Seminar to take esports "seriously" due to the growth of gaming.

"Esports are here and they are attracting a lot of attention," said Moreno de los Rios.

"They do require a fair bit of effort from gamers with a lot of training and it’s getting physical.

"It’s no longer for couch potatoes now that people are performing through avatars, using incredible moves and all the physical activities you can think of.

"We need to start embracing digital disruption and start adopting it and taking advantage of it.

"We would be foolish not to."

Atos is proposing to put in place a "Games experience platform" that Moreno de los Rios said would be able to gather data by spotting patterns of audience behaviours that are "not visible to the naked eye" to enhance the experience for fans.

"If you become popular and memorable, you will become part of the identity of the citizens of Europe.

"If we are not relevant that means we are irrelevant and that’s something we can’t afford."

The use of digital and social media platforms was a key topic of discussion on the second and final day of the 42nd edition of the EOC Seminar in Ancient Olympia.

There was also a panel made up of officials from Austria, Finland, Germany, Liechtenstein and Slovakia to discuss the impact of social media.

Julia Grebe, of the German Olympic Sports Confederation, demonstrated how the organisation had used TikTok to engage with millions of new people, with one short video introducing the sport of archery attracting 1.3 million views.