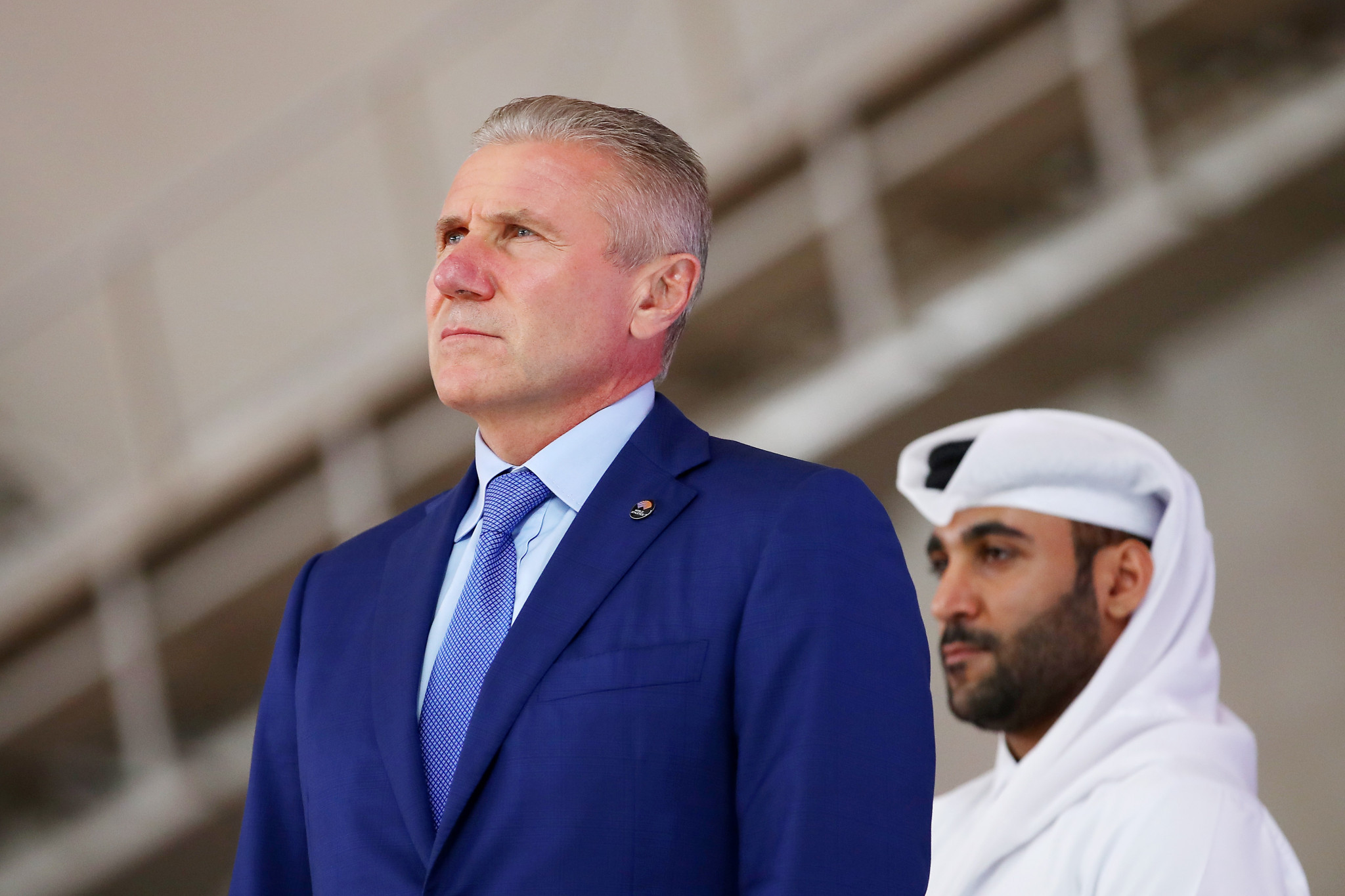 National Olympic Committee of Ukraine (NOCU) President Sergey Bubka has urged European Olympic Committees (EOC) President Spyros Capralos to ensure that the ban on Russian and Belarusian athletes remains in place amid fears that they could be allowed to return to the sporting stage.

Bubka, an International Olympic Committee (IOC) member, issued a letter to Capralos and EOC Executive Committee members, calling on them to continue to impose sanctions on the two nations while the war rages on in Ukraine.

According to the NOCU, Bubka’s letter was sent on Thursday (September 29) - the day before the start of the EOC Seminar here - and "once again reminded of the importance of continuing to comply with the recommendations of the IOC Executive Committee on the prohibition of athletes and sports officials from Russia and Belarus to participation in international sports competitions and events".

Bubka, an Olympic pole vault gold medallist, is from Luhansk, one of the regions annexed by Russia yesterday.

The delivery of the letter was confirmed by the NOCU following the opening day of the EOC Seminar where Ukrainian and Nordic officials were silenced over the use of "political statements" at the meeting in Ancient Olympia.

Delegates from those nations were unhappy over the permission of Russian and Belarusian officials to attend, despite them previously being barred from attending the EOC General Assembly in June.

"Today, directly at the 42nd Seminar of the European Olympic Committees in Olympia, Greece, the delegation of the NOC of Ukraine also stated the need to exclude Russians and Belarusians in future," the statement from the NOCU read.

"We sincerely hope that the EOC will remain steadfast in its unity with Europe and the world community."

Athletes and officials from Russia and Belarus have been largely frozen out of sport since the IOC recommended their non-participation at international events on February 28 in response to the war in Ukraine.

Speaking to Italian newspaper Corriere della Serra, IOC President Thomas Bach has hinted that Russian athletes who do not support the country’s invasion of Ukraine may be allowed back to competition.

Bach stressed that the current guidance on Russian athletes was still standing but added that the IOC also needed to think about the future.

In response to Bubka’s letter, the EOC reiterated its condemnation of Russia’s military assault on Ukraine and said it was in communication with the IOC.

"We remain in close dialogue with our members and the IOC as we continue to address this highly sensitive, complex and evolving situation," the EOC told insidethegames.

"The position of the EOC on the Ukraine Olympic Committee and the Russian invasion of Ukraine is well known and the decision was unanimously taken by the EOC Executive Committee, in line with the IOC.

"The EOC remains fully committed to its ongoing support for the sporting community of Ukraine, via the National Olympic Committee of Ukraine."

Speaking at the conclusion of the two-day gathering, Capralos stressed the need for peace in his closing remarks.

"In Europe, we live in turbulent times," said Capralos.

"The war has affected us all.

"We know that things are becoming more and more difficult.

"We have to stick to our principles and try to make sport be away from politics.

"I believe that since we are all here in Olympia - a special place where everything started more than 2,700 years ago, maybe this is the strength of the Olympic Games and our Olympic Movement.

"Our ancestors were stopping the wars every four years before and during the Olympic Games and this is something that is very important.

"The Olympic Truce is something that we must keep on our minds and if we all embrace this we need to make sure to pass the message to everybody who is involved in this Olympic Movement.

"We need that peace, we need that unity and we need to be together because only working together we can excel and have sport being at the top."