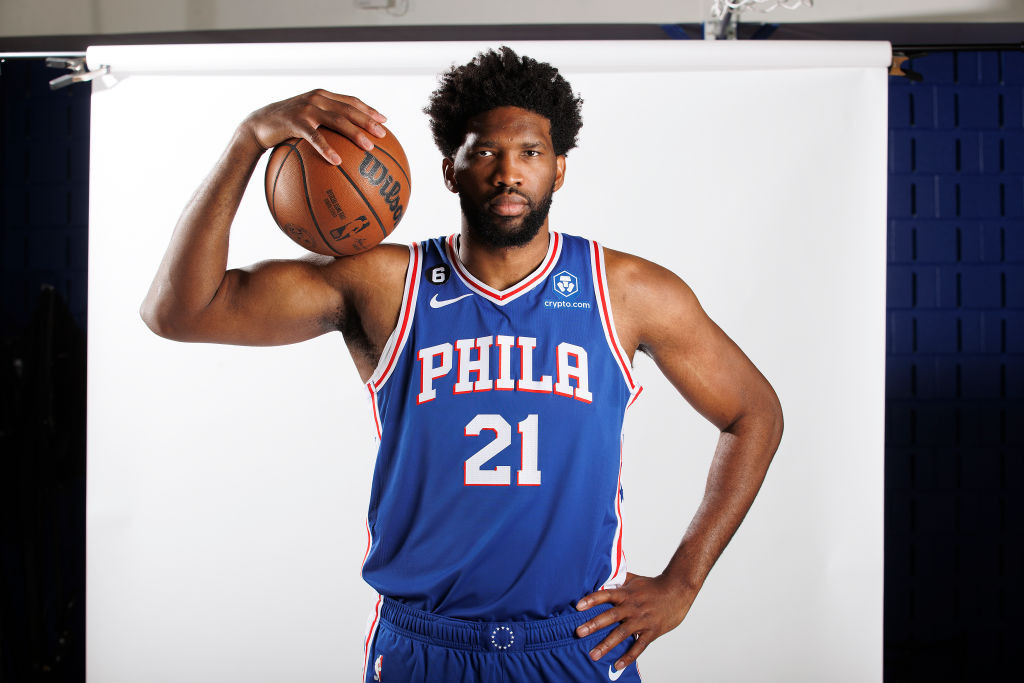 Joel Embiid, the Philadelphia 76ers’ prized seven-foot centre, has kept speculation alive over which country he might represent at the Paris 2024 Olympics after becoming a United States citizen.

The 28-year-old Cameroon-born player, who has been a dominant scoring force in the National Basketball Association (NBA) for the past six years, was granted citizenship by France in July this year as "a foreigner whose naturalisation is of exceptional interest".

But earlier this month in Philadelphia he was sworn in as a US citizen.

Now it looks as if there might be a tug-of-war for his services between France and the United States, although he remained diplomatic when he spoke to the Association Press about the situation, saying it was too early to consider the question.

"I just want to be healthy and win a championship and go from there," Embiid said from NBA training camp.

Embiid, the first international player to win an NBA scoring title and a five-time All-Star, has a four-year, $196 million (£175million/€199million) contract extension that starts next season - when his team appear to have a realistic chance of the NBA title - and takes him through to 2026-27 season.

He graduated from a Florida high school and played a season in college at Kansas before the 76ers drafted him number three overall in 2014.

On the subject of his most recent citizenship interaction, Embiid commented: "I've been here for a long time.

"My son is American.

"I felt like, I’m living here and it’s a blessing to be an American.

Until midseason last year Embiid was introduced before matches as coming out of Kansas, but he then switched to reference Cameroon.

Asked what the public address announcer will have to say this coming season, he suggested with a laugh: "We’re going to say Cameroon, American and French!"

The US are the reigning Olympic champions and beat France in the final at Tokyo 2020.