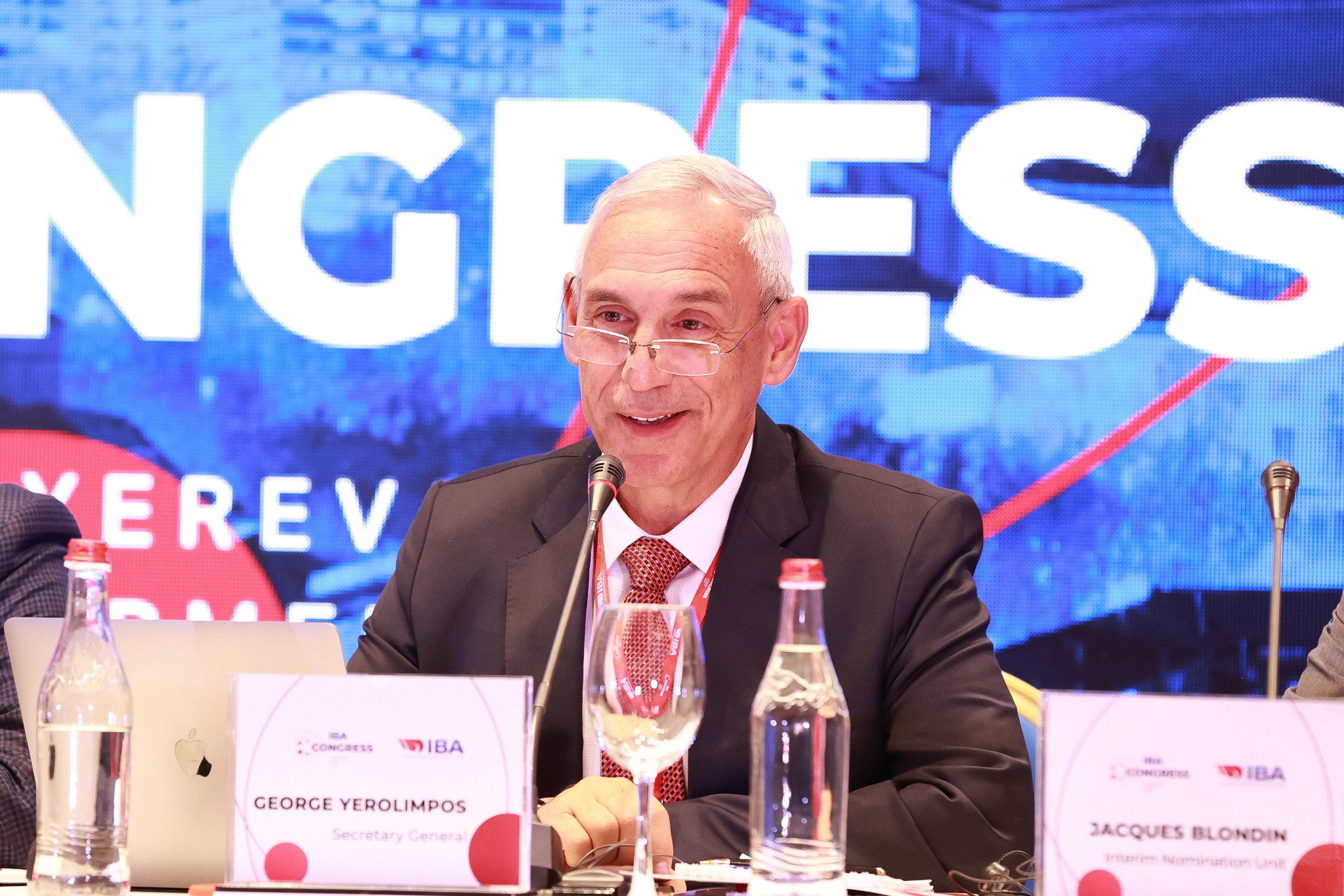 International Boxing Association (IBA) secretary general George Yerolimpos has hit back at the International Olympic Committee (IOC) criticism of its Extraordinary Congress held yesterday here, claiming that it is "totally misinformed about the actual situation".

Van der Vorst had been declared ineligible to stand on the eve of the Extraordinary Congress in Istanbul in May, but his successful appeal to the Court of Arbitration for Sport prompted a second gathering to be called in Armenia's capital Yerevan.

Among the criticisms of the IOC were "the chaotic circumstances of the voting procedure" which saw 106 countries reject a proposal to re-stage an election for President.

"The IOC is totally misinformed about the actual situation in IBA," Yerolimpos told insidethegames.

"We had supervisors in the elections, and we all should respect the democratic will of the IBA Congress, which was expressed in a transparent manner."

Boxing remains off the initial programme for the Los Angeles 2028 Olympics, and the IOC expressed a series of concerns at the manner in which the Extraordinary Congress unfolded, including the vote against holding an election.

However, Yerolimpos - who has worked with IBA firstly as "ad interim" secretary general since July and then as its permanent secretary general to succeed István Kovács since Friday (September 23) - called on the IOC to respect the decisions of delegates.

"During the Congress meeting, 35 National Federations were given a floor to express their opinions, and this is a real democracy," the Greek official said.

"National Federations had a voting process, organised and supervised by Lumi, for the necessity of new elections.

"Since they have said 'no' to new elections, they showed their will to have Mr Kremlev as a President for the next four years.

"The majority was clear, 75 per cent of the votes are under no further discussion.

"One hundred and six National Federations out of 146 present were against new elections, while only 36 were in favour.

"This was a direct vote of confidence for Mr Kremlev.

"We have to respect the main IBA governing body's decisions.

"Article 25 of the Olympic Charter says, 'each IF [International Federation] maintains its independence and autonomy in the governance of its sport'.

"It should be applied in all cases and not 'à la carte'."

The IBA Board of Directors suspended the Boxing Federation of Ukraine on Friday  (September 23) due to "Government interference", in a decision which was criticised by Boxing Australia at the Extraordinary Congress and condemned by the IOC afterwards.

Yerolimpos expanded further on IBA's reasoning for the decision, claiming that Ukraine's Ministry of Justice had sought to unseat Volodymyr Prodyvus, the IBA's vice-president, as the head of the National Federation.

"On 17 December 2021, the Ukrainian Boxing Federation (UBF) had the Conference where the President and Executive Committee were elected, and Mr Volodymyr Prodyvus became the UBF President for the new term," Yerolimpos said.

"Nobody appealed against these elections, and they became legal and binding.

"IBA observer attended these elections and did not find any significant breach.

"On 22 February 2022, a group of individuals held an alternative Conference, where alternative UBF President Mr Kyrylo Shevchenko was elected.

"Before this meeting of individuals, on 15 February 2022, IBA warned the UBF and so-called Initiative Group 'to refrain from holding uncoordinated conferences'.

"This warning has been ignored.

"At the later stage, it appeared that Mr Prodyvus has been replaced by Mr Shevchenko in the national register of entities.

"This happened due to an administrative act of the Ministry of Justice of Ukraine.

"IBA granted the UBF right to be heard, and the IBA Board of Directors decided to suspend this National Federation in compliance with the IBA Constitution.

"IBA wishes to ensure the autonomy of its National Federations, and the situation that happened with Ukraine is unacceptable.

"IBA decided to take any necessary measures in order to ensure that boxers affiliated with the UBF are not deprived of their right to take part in the competitions, and will support financially Ukrainian national boxing teams.

"We strongly disagree with any concern about the Ukrainian situation, and we act according to our Constitution and international practice.

"IBA is in contact with elected bodies of the UBF in order to eliminate all existing problems."

The IOC's latest warning raised concern over the "chaotic circumstances of the voting procedure" in Yerevan, but Yerolimpos firmly rejected that description.

"IOC should ask our independent observers, Professor Richard McLaren and Ethics Committee chair Mr Bernhard Welten to tell them about the 'chaotic circumstances of the voting procedure' they mentioned," he insisted.

"These comments are completely out of any reality."

The Extraordinary Congress in Yerevan marks the latest instalment in an escalating verbal dispute between the IOC and IBA.

After its Executive Board meeting earlier this month, the IOC wrote to Kremlev to express "grave concerns" over IBA governance, but the International Federation hit back and insisted it is "not well-informed" over the organisation’s finances and had "moved away from the issues of the past".

Following what IBA has described as a "vote of confidence" yesterday, Kremlev told National Federations "I am working for you, not for a third organisation", and argued "we shouldn’t say Olympic boxing, we should say IBA boxing".

IBA had its IOC recognition withdrawn in June 2019 due to concerns over judging and refereeing, financial stability and governance, and was stripped of its right to organise competitions at Tokyo 2020.

Kremlev was elected as President in December 2020, and supporters claim he has fulfilled his promises and provided significant assistance to National Federations.

However, primarily Western nations backing van der Vorst insisted that only the Dutch challenger would have been able to secure boxing's place at Los Angeles 2028.

IBA has additionally lost its right to organise the boxing tournament at Paris 2024.