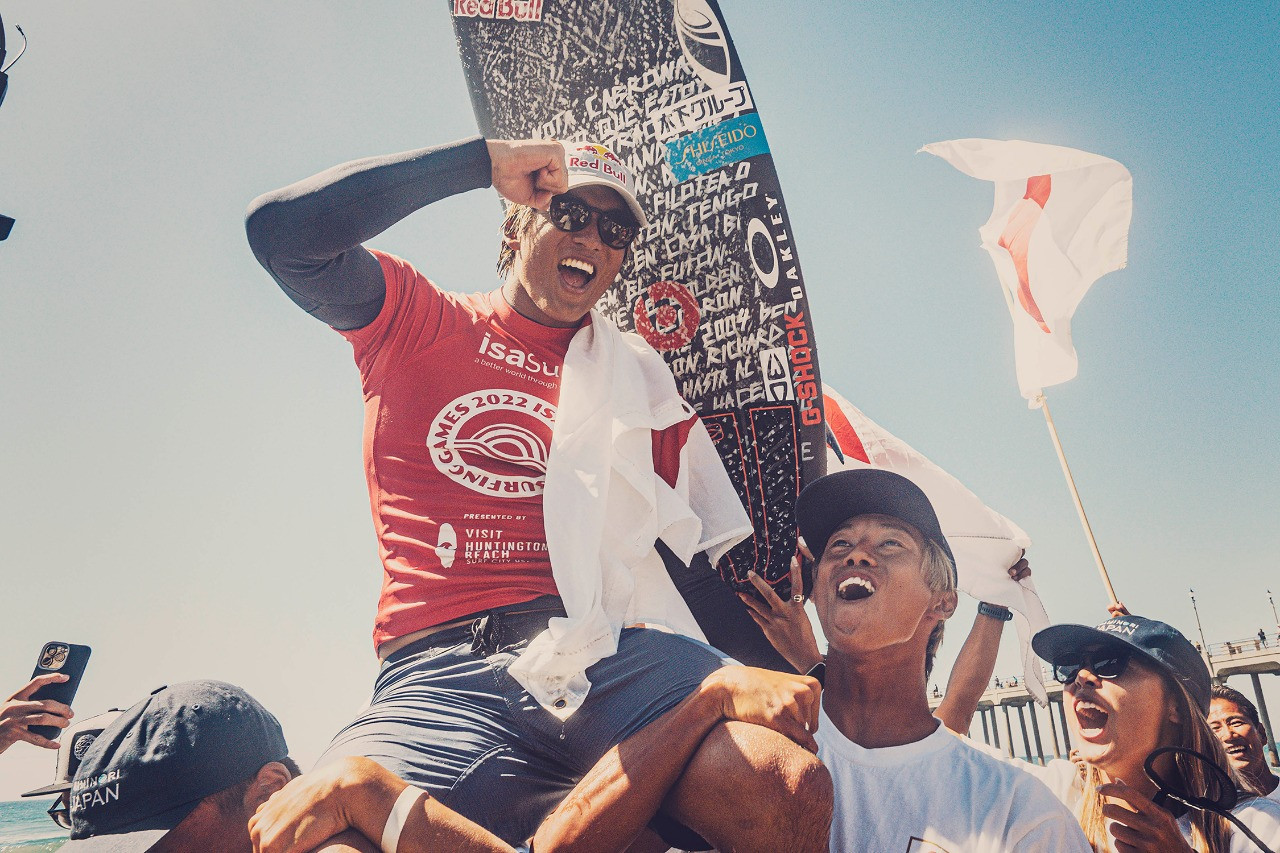 Kanoa Igarashi and Kirra Pinkerton claimed the individual titles and helped their respective nations, Japan and the United States, top the men's and women's team standings to clinch Paris 2024 qualification places at the World Surfing Games in Huntington Beach.

The Indonesian had to settle for second best on 14.04, while Australia's Jackson Baker rounded out the top three with 11.67, beating Guilherme Fonseca of Portugal's 9.36.

Igarashi combined with compatriots Kamiyama Keanu and fellow Olympian Murakami Shun to earn the most points in the men's team event.

The result meant that Japan secured the first spot of two available for Paris 2024, despite a close challenge from Indonesia, Australia and Portugal.

It will not count against the limit of two quotas per gender per National Olympic Committee (NOC) for the surfing competition at Paris 2024.

"Obviously an individual win is great but to know that I secured the spot for Japan in the Olympics coming up, wow, that's such a special feeling."

In the women's final, Pinkerton claimed her biggest victory to date on 13.63 points, having won the World Surf League (WSL) junior title in 2018.

The 20-year-old impressed with her backhand to fend off France's Pauline Ado and former world champion Sally Fitzgibbons of Australia on 13.00 and 11.60 points, respectively.

Peruvian Daniella Rosas completed the field with a score of 9.20.

"I don’t even know what to say, this whole week has been really cool."

"Every heat has been almost impossible.

"The fact that it all came together at the end, I’m just in complete awe right now."

Pinkerton was supported by US team-mates Zoe McDougall and Gabriela Bryan as they topped the women's team table to take the second available Olympic quota.

These were the first two spots to be won for surfing's second Olympic appearance.

The NOCs of each winning country will nominate the surfer of their choice to take the place at the end of the qualification process.

The highest-ranking eligible man and woman in the 2023 Pan American Games surfing competitions will also qualify for a continental slot for the Americas, while one universality place goes to each sex in an attempt to provide opportunities to smaller nations.

Host nation France is also guaranteed one men's and one women's place.