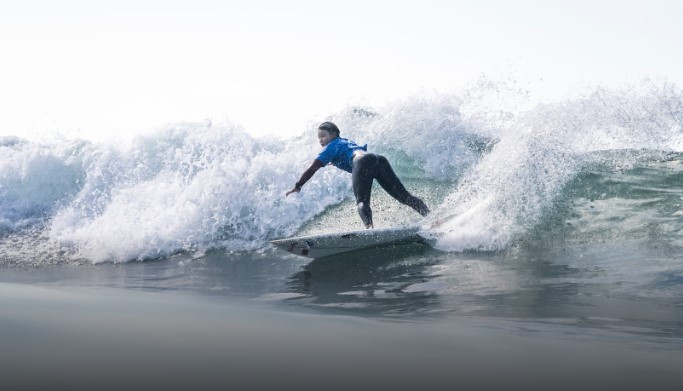 Yang Siqi made history today at the International Surfing Association (ISA) World Surfing Games Huntington Beach in California as she progressed further than any other Chinese athlete at the event.

The 13-year-old finished second in the fourth women's repechage round with a score of 9.00.

The previous best from a Chinese surfer was a 61st-place overall finish which Yang has bettered as she progresses to the fifth repechage and can only finish as low as 29th.

In June she finished 37th at the 2022 ISA World Junior Surfing Championship.

Portugal's Federico Morais and Rio Waida of Indonesia faced a gruelling day as they took to the waves three times in order to advance in the men's competition.

The pair were also in the standout heat of the day alongside Mexico's Sebastian Williams and Italian Jesse Mendes in heat nine of the fourth repechage.

Morais' last ditch effort scored a crucial 6.13 points to keep his competition alive, as he amassed 12.46 in total to beat Waida's 12.3 in second place.

Williams and Mendes then scored 10.43 each as they were eliminated.

Morais and Waida went on to win their heats in the next round with 14.37 and 14.57 points respectively.

For the women, Zoe McDougall was the star of the show.

The American claimed the top two overall heat results, with scores of 12.90 and 12.83, and was second only to India Robinson of Australia's 7.33 for the highest single-wave score as she posted 6.83.

The action is set to continue tomorrow with the main draw heats scheduled.

The forecast has predicted three to four-foot waves and a light early wind that could pick up throughout the day.