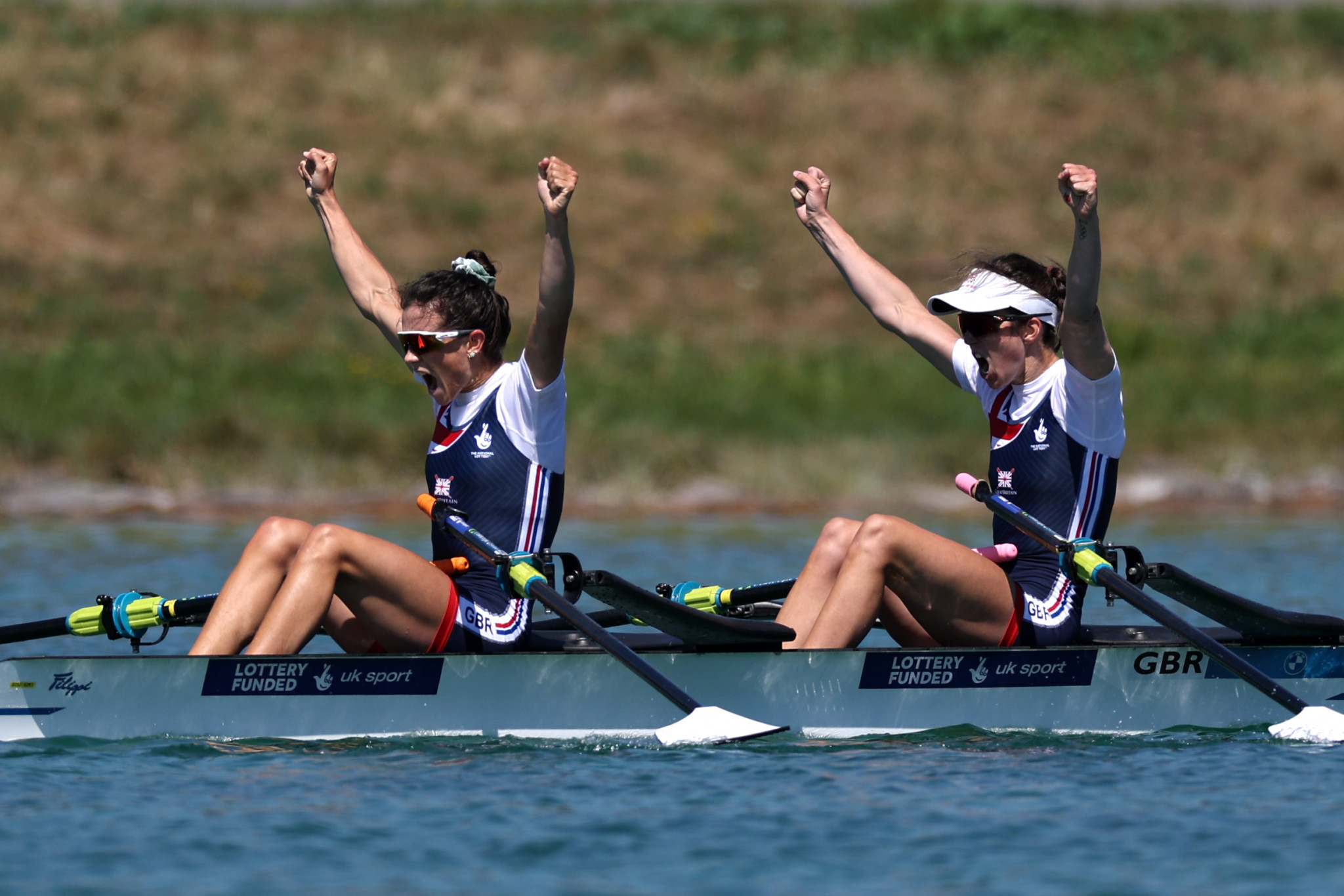 British duo Emily Craig and Imogen Grant sprinkled more of their golden magic to help their nation to an impressive medal haul on the penultimate day of the World Rowing Championships in Račice.

Craig and Grant, who are coming off their European triumph in Munich, withstood the expectations to add a world title to their catalogue and be among three British gold medallists from today's action.

They notched 6min 54.78sec to defeat United States' Mary Reckford and Michelle Sechser by a comfortable margin of 3.14 seconds in the lightweight women's double sculls.

Irish pair Aoife Casey and Margaret Cremen followed with a time of 7:00.62 to claim bronze.

Britain also swept up both the men's and women's fours titles.

The men's team combined strength pushed Britain to finish in 5:48.29 to fend off Australia, who managed 5:50.28, and the Dutch contingent, that registered 5:51.85 as they finished in the bronze medal position.

The women's contest was just as close as Britain recorded 6:26.40 to finish in front of The Netherlands, who could only cross the line in 6:28.62.

Australia secured bronze after timing at 6:29.29.

The Italians notched 6:19.11 to take silver as Stanislav Kovalov and Ihor Khmara of Ukraine collected bronze as they crossed the line in 6:19.53.

Romania's Marius Cozmiuc and Sergiu Bejan showed that they were the dominant forces in the men's pairs class as the European gold medallists notched 6:28.06 to bag the world title.

Spain's Jaime Canalejo Pazos and Javier García Ordóñez were their closest challengers, thanks to a time of 6:29.27, while Britain’s Oliver Wynne-Griffin and Tom George celebrated bronze after finishing in 6:30.86.

Even though Britain could not boast gold medals in the quadruple sculls, they did finish on both the men's and women's podiums.

The nation missed out on gold in the men's event by the slimmest of margins, with Poland securing the crown in 5:40.08 as they settled for silver following a time of 5:40.97.

Italy sealed the final spot in the top three after registering 5:42.14.

China propelled themselves to champion status in the women's competition, notching 6:17.49, which was faster than The Netherlands' 6:18.68.

This left Britain to take the bronze medal position following an effort which clocked at 6:21.25.

New Zealand's Grace Prendergast and Kerri Williams, who have won Olympic gold and silver in coxless pair and eight events, achieved gold in the women’s pair.

They recorded 7:03.76 to prevent Dutch duo Ymkje Clevering and Veronique Meester from triumphing after they notched 7.06.02.

Madeleine Wanamaker and Claire Collins combined to time at 7:08.03 to win the US' first women's pairs medal at the World Rowing Championships since 2017, as they earned bronze.

In the Para events, Ukrainian pair Svitlana Bohuslavska and Iaroslav Koiuda sealed gold in the PR2 mixed doubles sculls, while Britain were victorious in the PR3 mixed coxed four event.

Britain did it in style as they timed at 6:48.34 to break the world record.

Britain currently lead the medal table with a total of nine, including six gold medals.

The World Rowing Championships are scheduled to conclude tomorrow.