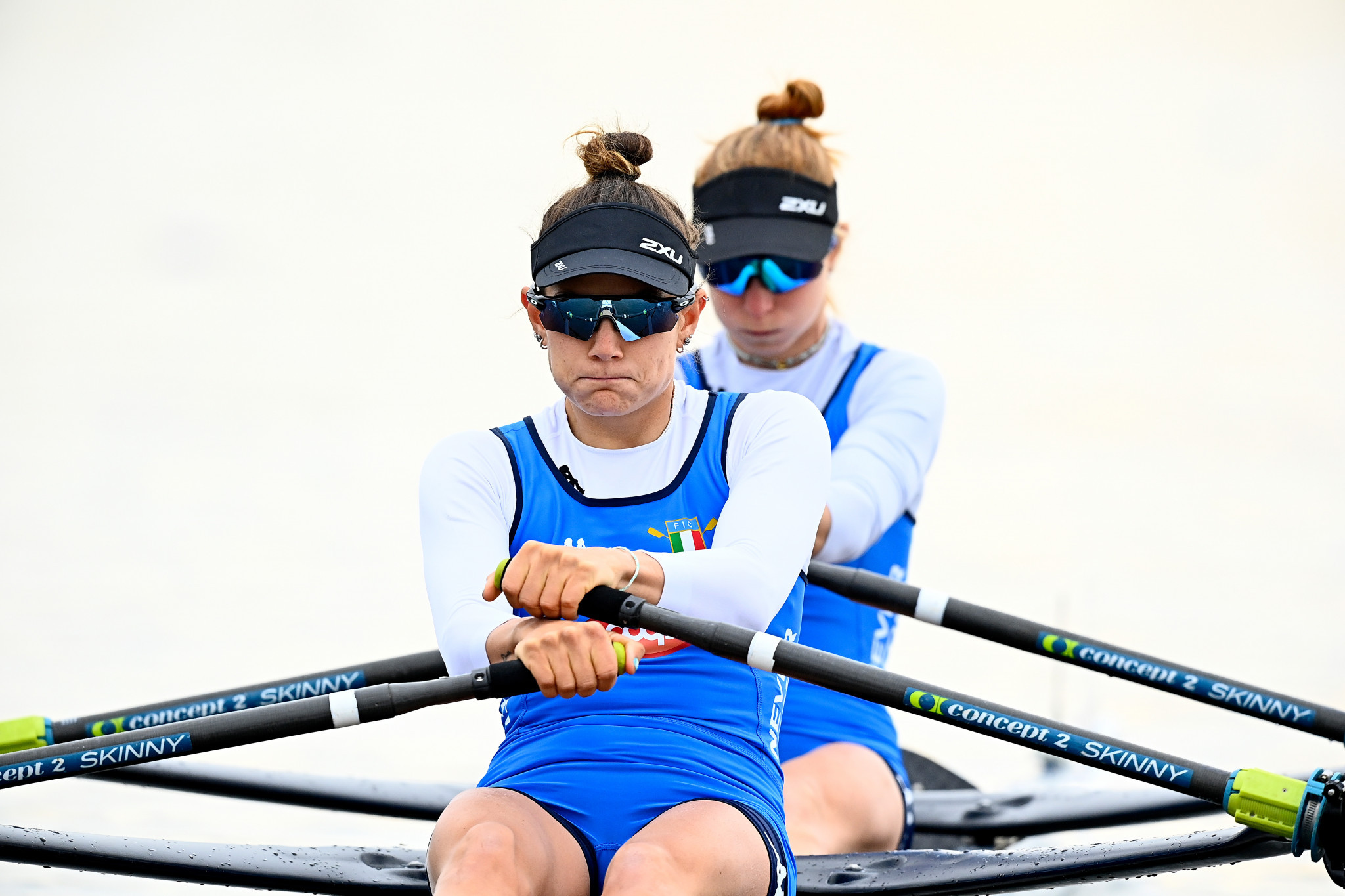 Italy's lightweight women's double scull Olympic champions Valentina Rodini and Federica Cesarini missed out on a place in the final at the World Rowing Championships in Račice.

The pair had been required to go through the repechages to make the semi-finals at the Labe Arena, and were only able to rank fourth in their semi-final, missing out on a spot in the final.

Mary Reckford and Michelle Sechser of the United States won the race in 7min 1.03sec, followed by French duo Laura Tarantola and Claire Bové in 7:04.23.

Britain’s Imogen Grant and Emily Craig were the quickest of the six qualifiers, progressing through their semi-final in 6:58.67.

Olympic and world champions Fintan McCarthy and Paul O’Donovan of Ireland won the second semi-final in 6:24.41, overtaking the Swiss pair of Jan Schaeuble and Raphael Ahumada Ireland who had made a fast start.

New Zealand's Jackie Kiddle crosses the line at the front of the field in semifinal 2 of the LW1x.

In the lightweight women's single sculls, European champion Ionela-Livia Cozmiuc was quickest in 7:42.07, followed by The Netherlands' Martine Veldhuis in 7:44.86.

Jackie Kiddle of New Zealand edged out Greece’s Zoe Fitsiou to win the second-semi-final in 7:45.29.

European champion Antonios Papakonstantinou of Greece won the second lightweight men's single sculls semi-final in the fastest time of 7:02.46, with Gabriel Soares of Italy and Baptiste Savaete of France going through in second and third respectively.

Andri Struzina of Switzerland won the first semi-final in 7:05.32, and was joined in the top three by Uruguay's Bruno Cetraro Berriolo and Rajko Hrvat of Slovenia.

World and Olympic champions Grace Prendergast and Kerri Williams of New Zealand won their women's pair semi-final in 7:11.02, but look set to face a strong challenge from Denisa Tîlvescu and Ioana Vrâncea of Romania in the final as they were only 0.02 slower in winning their race.

It's a race for the line between ROU and NZL in the A/B Semi 1 of the M2-! GBR take it just ahead of ROU, but both crews move to the A-Final, joined by NZL ? #WRChamps #WRCHRacice pic.twitter.com/TFCRj2En04

Britain are the European champions in the women's four event, and their time of 6:38.89 made them comfortably the best qualifiers.

Tokyo 2020 Olympics bronze medallists Ireland were 1.96 off the pace in the first semi-final.

The men's four semi-finals proved highly competitive, with Britain and The Netherlands both posting strong times under 6:03.00.

China's defence of their women's quadruple scull crown gathered momentum with a comfortable victory in 6:28.87 in their semi-final, and in the men's equivalent race European champions Italy clocked 5:53.52, beating Britain by 0.41.

Semi-finals are set to continue tomorrow before the first medals are decided at the World Championships, beginning with the PR2 men's single sculls, followed by the women's equivalent final.