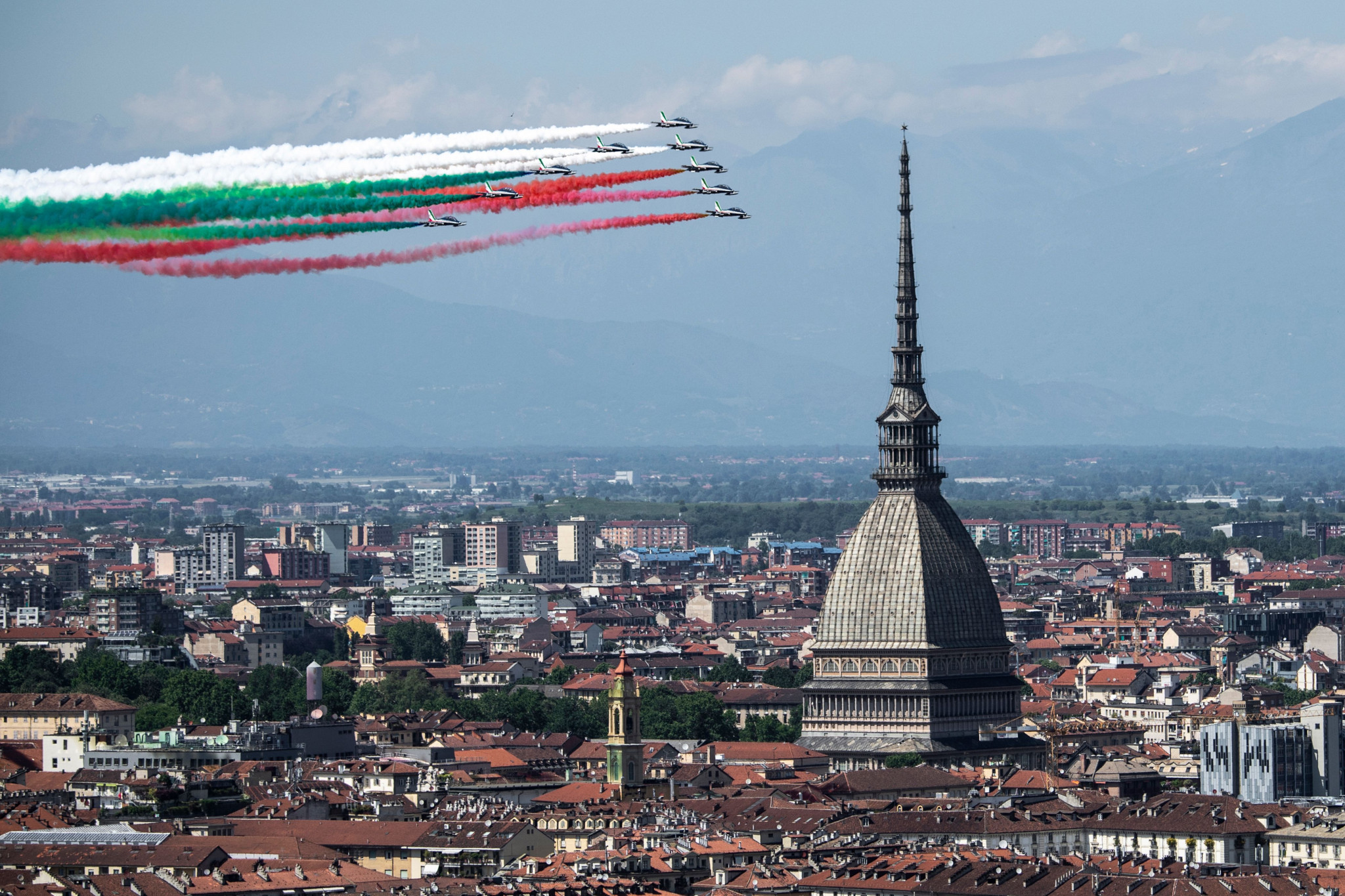 Before the night-time festivities, a presentation was held with Italian universities at the Cavallerizza Reale, for #To25 Brain Storm, a competition that is to feature 1,000 young people from across the world in 12 intellectual disciplines.

FISU senior Executive Committee member Verena Burk thanked organisers for the invitation to the presentation, and congratulated Turin 2025 on their organisation so far.

2025 is getting closer and closer! It’s less than 3 years to go before the Torino 2025 World University Games Winter.
Ready to celebrate the International Day of University Sport!@FISU #letsdothis #university #sport #letsIDUS #unisport pic.twitter.com/Thbtstf2iU

"Today we celebrate IDUS for the seventh time and I want to congratulate the Organising Committee of Turin 2025, with Italian University Sports Federation (CUSI) and with local organisations for having created a synergy between sports competition and educational activities," Burk said.

"FISU will support the Brain Storm competition because it is important, especially for the future of university sport, to work with students from all over the world."

The Flame of Knowledge was then lit by FISU prior to it heading to Lake Placid for the 2023 FISU Winter World University Games.

Later in the night, buildings were lit up to mark IDUS in the colours of the event - blue, purple and pink.

A total of 276 young people also took part in a photo shoot at Valentino Castle where they stood together to make the hashtag "#TO25" via a drone shot.

While this took place, a flash mob started with the choir of Giovani Cantori of Torino, who performed Gaudeamus Igitur, the FISU anthem, before singing a version of Coldplay's Viva La Vida.

The Turin 2025 FISU Winter World University Games are scheduled to take place from January 13 to 23 2025.