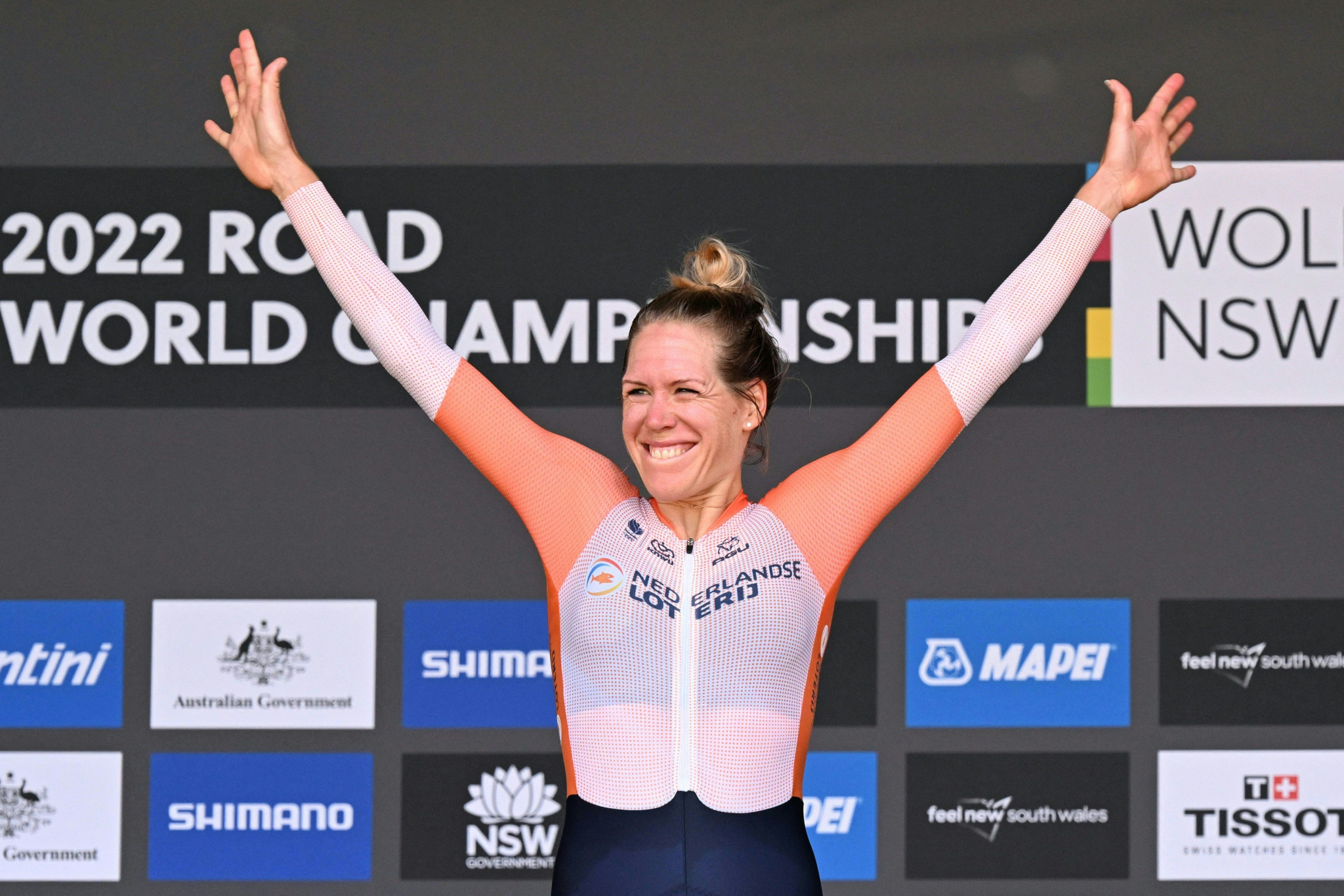 Van Dijk recorded a time of 44min 28.60sec to pip Australia's Grace Brown to secure her third time trial world title and hand The Netherlands their sixth victory in the race over the last decade.

The 35-year-old was pushed to the limit by Brown, who had led the 34.2-kiloemtres course throughout the day.

Brown may have thought that the crown was hers, until Van Dijk burst through in the final kilometres to take the victory by 12.73sec.

Van Dijk is now the most successful woman in the time trial discipline at the World Championships thanks to a medal haul of three golds, one silver and two bronzes.

"I'm a bit surprised to win," van Dijk said after the race.

"For me I never thought it would be the perfect course.

"I kind of said goodbye to my jersey yesterday - I put it at the bottom of my bag, and thought: it was a great year, I really enjoyed it.

"I felt happy, and I felt that anything to come today would be a bonus.

"That was a great bonus."

In the men’s individual time trial, Foss of Norway shocked his rivals to cycle to a memorable day in Australia.

The two-time national champion registered 40:02.78 to edge in front of Switzerland's Stefan Küng, who had led at that point, by 2.95sec.

Coming off the back of his recent Vuelta a España title win, Belgium's Remco Evenepoel was unable to better neither of his two opponents and came third, timing 9.16sec off Foss.

Initially the day looked good for Ethan Hayter, but the Briton suffered heartbreak when he lost his chain, forcing him to finish in a place outside of the podiums.

Swiss European champion Stefan Bissegger could only muster a performance worthy of fifth, while Tadej Pogačar of Slovenia finished a spot below.

Italy's Filippo Ganna was unable to give a comprehensive defence of his title for the third consecutive time and came seventh.

"I don't believe it, it doesn't feel real," Foss admitted after his triumph.

"Man, this is more than I can ever dream for.

"I really felt I got out everything I could today, I couldn’t do anything better.

"It was a perfectly executed race."