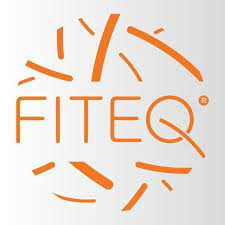 The International Federation of Teqball (FITEQ) Executive Board has approved chairs of its 15 Committees, with Russian official Mikhail Prokopets heading up the Ethics and Disciplinary Committee.

Russian and Belarusian athletes and officials have been banned from FITEQ events due to the invasion of Ukraine in line with International Olympic Committee recommendations, but appointed and elected officials from both countries have been unaffected.

Chairs were proposed by members of each FITEQ Committee for approval by the Executive Board, with Prokopets leading the Ethics and Disciplinary Committee.

The Ethics and Disciplinary Committee serves in a judicial capacity, as does the Medical and Anti-Doping Committee, which is chaired by Trinidad and Tobago's Rudranath Ramsawak.

Lorena Luca of Romania has been approved as Corporate Social Responsibility and Sport and Active Society Committee chair, while Montenegrin Filip Patkovic leads the Finance Committee.

Zambia's Mwape Zulu is the chair of the Governance Committee, Melanie Schärer of Switzerland chair for the Finance Committee and France's Faiza Reny for the Para Sport Committee.

The 15 Committees were established by FITEQ earlier this year in a bid to improve its governance.

FITEQ's Executive Board also approved terms of reference for each Committee, and discussed the proposed calendar for 2023 and commercial strategy, with further details expected to be provided in the coming weeks.