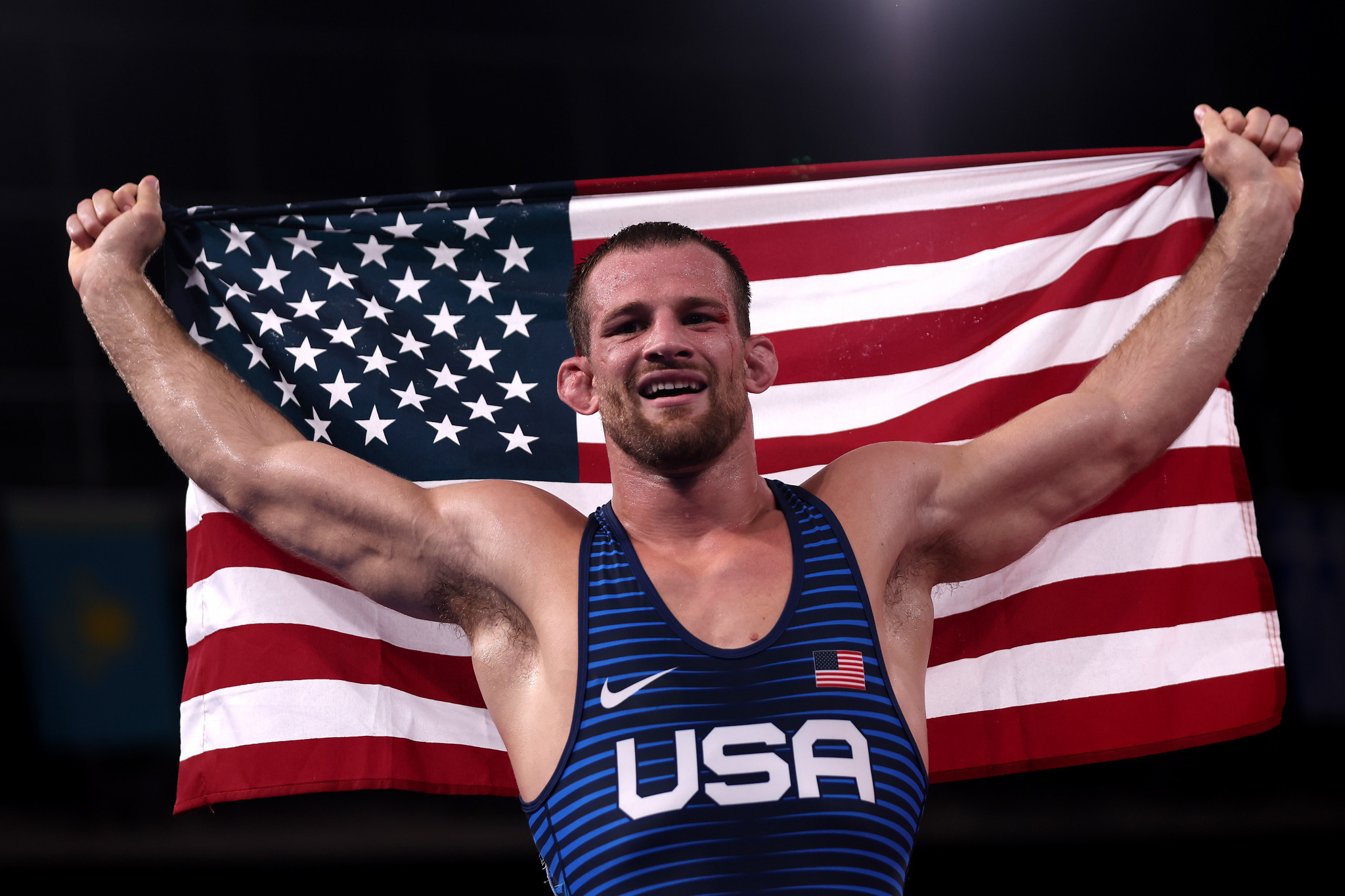 The United States claimed two golds, both courtesy of Olympic champions, in the men’s freestyle categories on the seventh day of action at the World Wrestling Championships in Belgrade.

In the 79 kilograms category, Jordan Ernest Burroughs, who won gold at 74kg at the London 2012 Olympics, claimed gold, beating Mohammad Ashghar Nokhodilarimi of Iran by points 4-2.

Bronze medals went to Ukraine’s Vasyl Mykhailov, who beat Bekzod Abdurakhmonov of Uzbekistan by points 5-3, and Arsalan Budazhapov of Kyrgyzstan, who won on points 5-1 against Ali Pasha Ruslanovich Umarpashaev of Bulgaria.

The US’ second gold came in the 86kg category, with David Morris Taylor III, the current Olympic champion, victorious on points 7-1 against Hassan Aliazam Yazdanicharati of Iran.

Bronze medals went to Azamat Dauletbekov of Kazakhstan, who beat Ethan Adrian Ramos of Puerto Rico 10-0 by superiority, and Slovakia’s Boris Makoev, who overcame Sebastian Jezierzanski of Poland 3-1 on points.

.@magicman_psu ?? picked up three takedowns against Hasan YAZDANI ?? in the 86kg finals and improved to 4-1 against his Iranian foe. He won the match, 7-1. pic.twitter.com/2VtuW03Aq9

Bronze medals went to Zurabi Iakobishvili of Georgia, who beat Arman Andreasyan of Armenia by points (VP01) 5-5, and Ernazar Akmataliev of Kyrgyzstan, who overcame India’s Naveen Naveen by points 4-1.

Finally in the 125kg category, Taha Akgul of Turkey, a double Olympic medallist, took gold with a points victory 6-2 against Lkhagvagerel Munkhtur of Mongolia.

Bronze medals went to Amir Hossein Abbas Zare of Iran, who beat Canada’s Amarveer Dhesi 8-0 on points, and Geno Petriashvili of Georgia, who overcame Oleg Boltin of Kazakhstan on points 11-4.