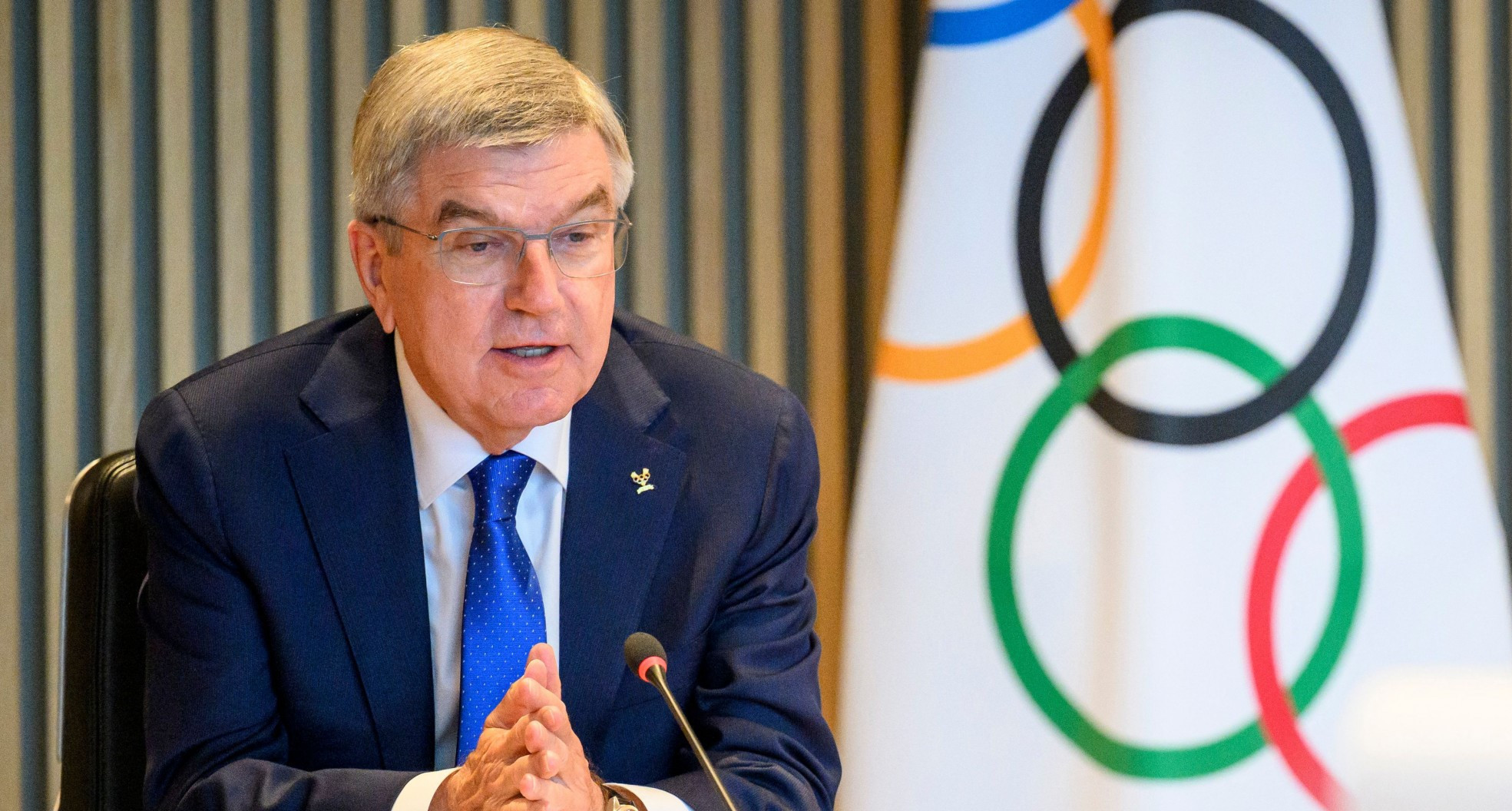 International Olympic Committee (IOC) President Thomas Bach has insisted that the organisation has "full confidence" in French security authorities and their plans for the Paris 2024 Olympics and Paralympics.

The French authorities and local police were heavily criticised for their handling of the UEFA Champions League final between Real Madrid and Liverpool in May at Paris 2024 venue the Stade de France, which was awarded the biggest match in European club football after it was moved from Saint Petersburg due to Russia's invasion of Ukraine.

The start was delayed by more than 30 minutes following poor organisation of the entry of fans into the stadium.

Alarming images and videos of bottlenecks, crushes and the indiscriminate use of pepper spray on supporters soon emerged.

Fans were also victims of crime outside the ground, including robberies and assaults.

Paris 2024 President Tony Estanguet had stressed that "we must learn all the lessons", and a French Senate report called on the Government and relevant bodies to "draw the necessary lessons".

Police and the Government were also heavily criticised for blaming supporters for the trouble.

Security is a key issue in the build-up to the Games, with Paris 2024 planning an ambitious six-kilometre spectacle featuring athletes travelling along the River Seine in boats to open the Olympics on July 26, to be watched by 600,000 people.

French media had revealed mounting concerns about an insufficient number of police officers and private security guards for the Opening Ceremony in July.

However, speaking after the IOC's Executive Board meeting in Lausanne, Bach insisted that discussions with organisers had been productive, and he believes Paris is positioned well to stage the unique Opening Ceremony.

"They have drawn the right conclusions from the incidents on the occasion of the Champions League final, and they enjoy our full confidence."

Bach also talked up the plans for the city-centre Opening Ceremony, arguing they would offer athletes a memorable experience.

"I am full of anticipation for the athletes who will enjoy this great moment of the Opening Ceremony on a boat on the River Seine," Bach said.

"The Olympic Games are already a once-in-a-lifetime experience, but having this Olympic experience will be unique in the moment and none of them will ever forget being on this boat and being welcomed and cheered on by up to 600,000 people on the river."

The IOC President added that the organisation is looking forward to "the first post-pandemic" Olympics,  a "more urban, younger, inclusive, sustainable" event, "the first gender-balanced Olympic Games" and the first to be "celebrated in full alignment with Olympic Agenda 2020".

Bach visited Paris to mark two years to go until the start of the Olympics back in July, meeting with French President Emmanuel Macron and commending organisers on their progress.

Paris 2024 has admitted its faces financial challenges amid a significant rise in inflation, and Estanguet has said that the Organising Committee must "optimise the costs".

The next edition of the Olympic Games in the French capital is due to run from July 26 to August 11, followed by the Paralympics from August 28 to September 8.