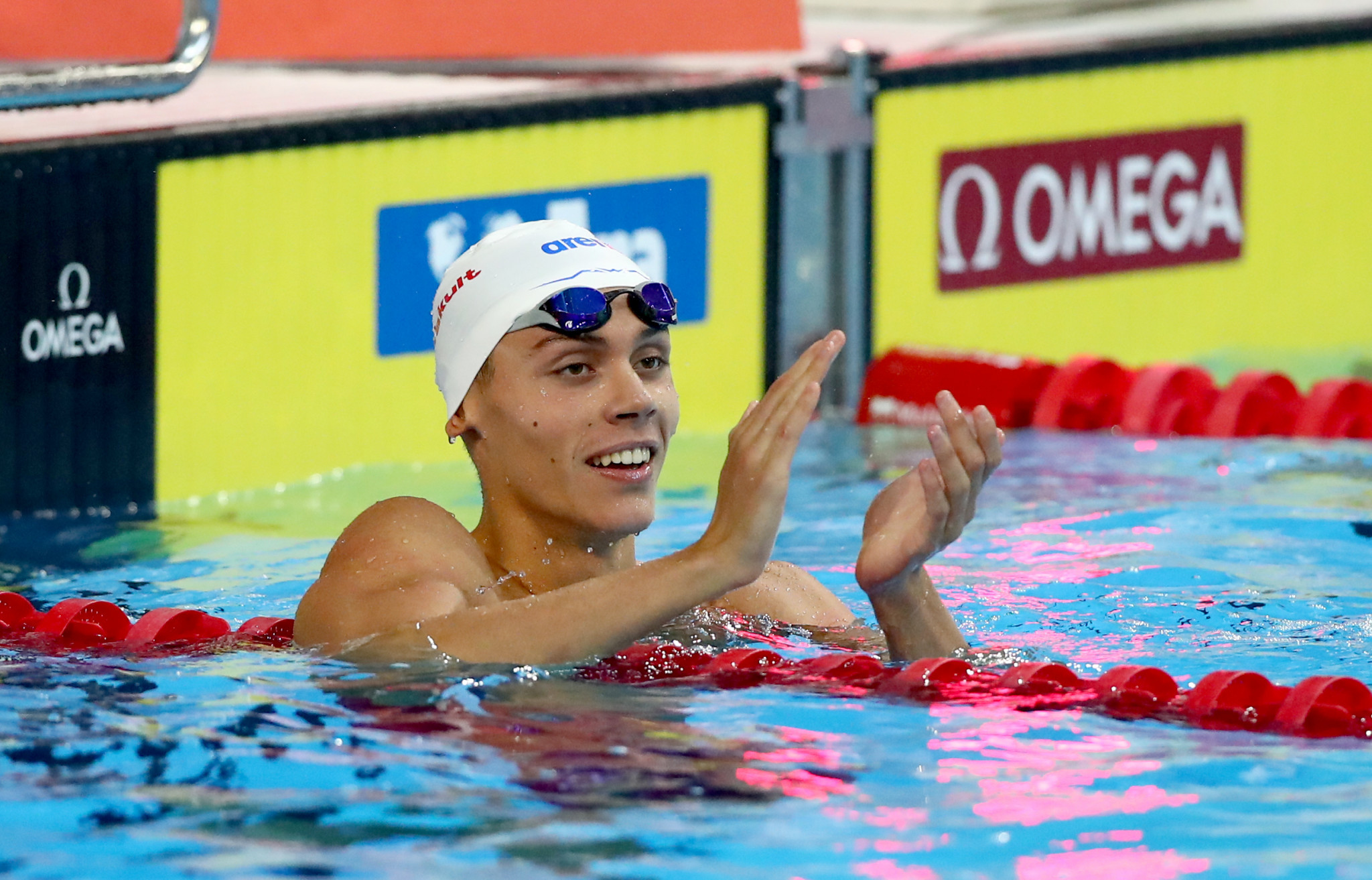 David Popovici's exceptional year has continued at the International Swimming Federation (FINA) World Junior Championships in Lima where he stood top of the podium another three times.

Popovici touched the wall in 47.13 seconds, which was six tenths of a second slower than the Championship record he clocked earlier in the competition.

His time could barely be matched by Hribar and Antoniou as they set 49.37 and 49.91 respectively.

In his other signature race, the 200m freestyle, the 17-year-old superstar registered 1min 46.18sec to claim gold as well as the Championship record.

Dániel Mészáros of Hungary and Filippo Bertoni of Italy were far off his pace by more than two seconds each, with the former clocking at 1:48.98 and the latter finishing in 1:49.05.

There was also a silver medal in it for Popovici after Romania missed out on gold in the 4x100m mixed freestyle relay by 36 seconds.

Led by Nikolett Pádár, Hungary concluded the race in 3:30.03 to take the gold medal as Italy notched 3:32.54 to settle for bronze.

In fact, Pádár waved goodbye to this year’s competition in style after establishing herself as its most decorated female athlete with five titles.

Poland's Ksawery Masiuk was the most decorated male athlete at this edition's World Junior Championships after accumulating four golds and two bronzes.

He completed the men's 50m backstroke race in just 24.44, which was 17 tenths of a second faster than South Africa's Pieter Coetze, who claimed silver.

Czech Republic's Miroslav Knedla achieved bronze with a time of 25.18.

The same athletes took the same podium positions for the men's 100m backstroke event but, on this occasion, it was a lot closer.

Coetze did see gold in the men's 200m backstroke after setting a Championship record of 1:56.05, which proved to be faster than Hidekazu Takehara of Japan and Masiuk.

The Mediterranean champion registered 22.96 to beat Daniel Gracík, who completed the race in a Czech national record time of 23.46, as well as Dane Casper Puggaard's bronze worthy 23.96.

The Turkish swimmer concluded the women's 400m freestyle race in 4:10.29 while Takezawa achieved silver for running 4:11.83.

Italy's bronze medallist Giulia Vetrano was just three tenths of a second away from matching the Japanese athlete.

Tuncel was vastly superior in the women's 800m freestyle, setting 8:30.00, which was roughly six seconds faster than Takezawa and approximately 12 seconds quicker than Spain's Carla Carrón.

Her women's 1,500m freestyle performance was even more dominant, with the Rome 2022 bronze medallist lodging 16:15.95 to win gold.

Japan were the overall dominant force after they won 19 medals across the competition, including seven golds, eight silvers and four bronzes.

Hungary and Poland equalled them for golds but fell short on the other colours.