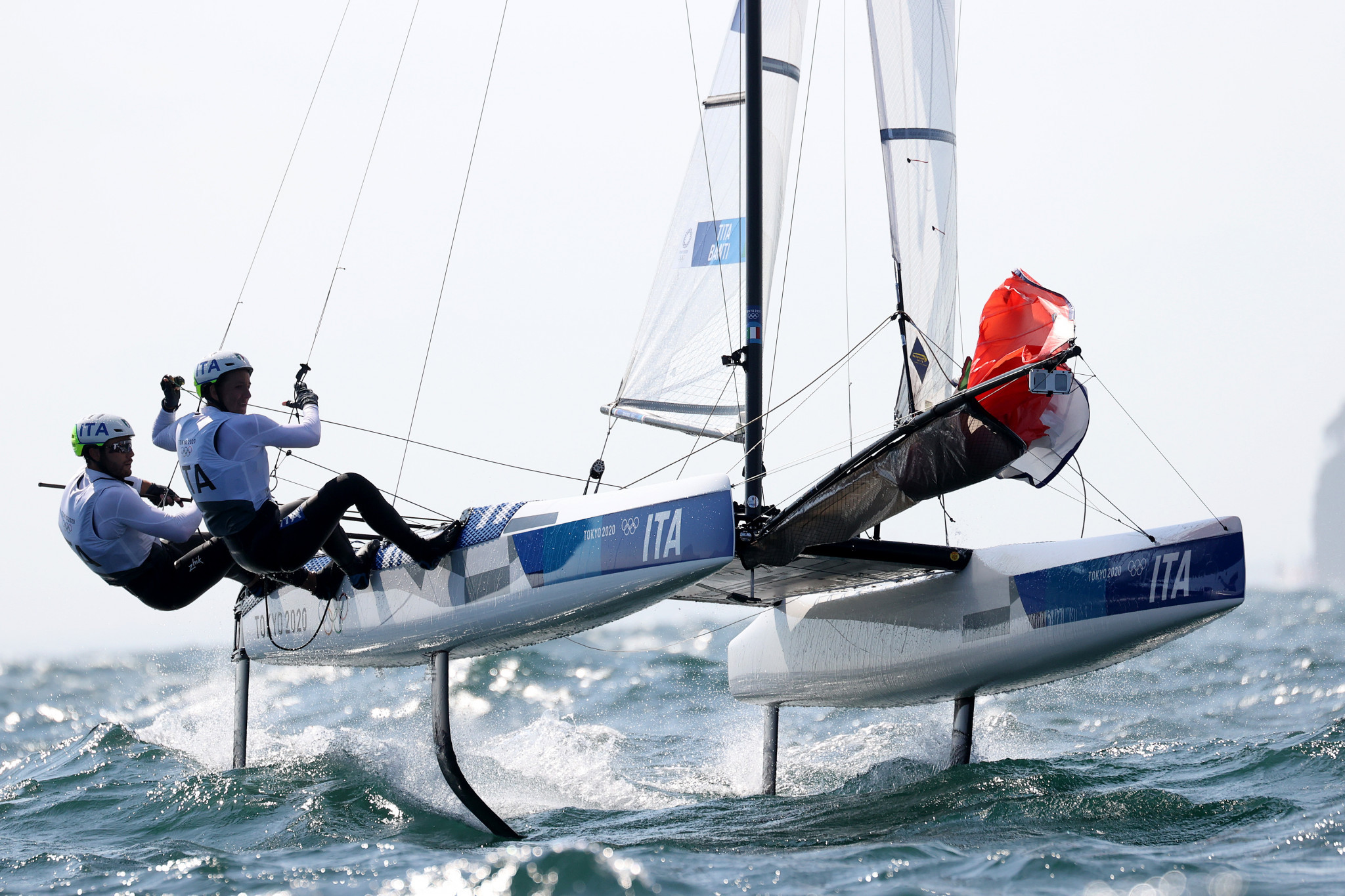 Their run of form means they have only failed to win one race throughout the Nacra 17 event, but this was erased, leaving a perfect score of 11.

Italians Gianluigi Ugolini and Maria Giubilei remain the closest to their compatriots, but sit 37 net points below.

It was a much a better day of racing for the pair as they recorded second, fifth and third on day four.

The Finns are on 61 net points and the Britons are seven behind them.

This has given them a net total of 61, which is five better than Swedes Vilma Bobeck and Rebecca Netzler who combined for 18th, first, 14th and second.

Britain’s Freya Black and Saskia Tidey round off the podium places on 89 net points having come fifth, 10th, first and ninth.

Spanish pair Támara Echegoyen and Paula Barceló, who are four net points off Black and Tidey, will be seeking to take back their top three position following a tough day of racing which saw them record sixth, 19th, 17th and fifth.

In the 49er class, Croatian brothers Šime and Mihovil Fantela and registered two wins and fifth place from three races to close the gap to 13.

Bart Lambriex and Floris van de Werken of The Netherlands, who are on 41 net points, achieved second, second and seventh to keep first in the overall standings.

Spaniards Diego Botín and Florián Trittel moved into third with Logan Dunning Beck and Oscar Gunn in fourth and just a point outside the podium places.