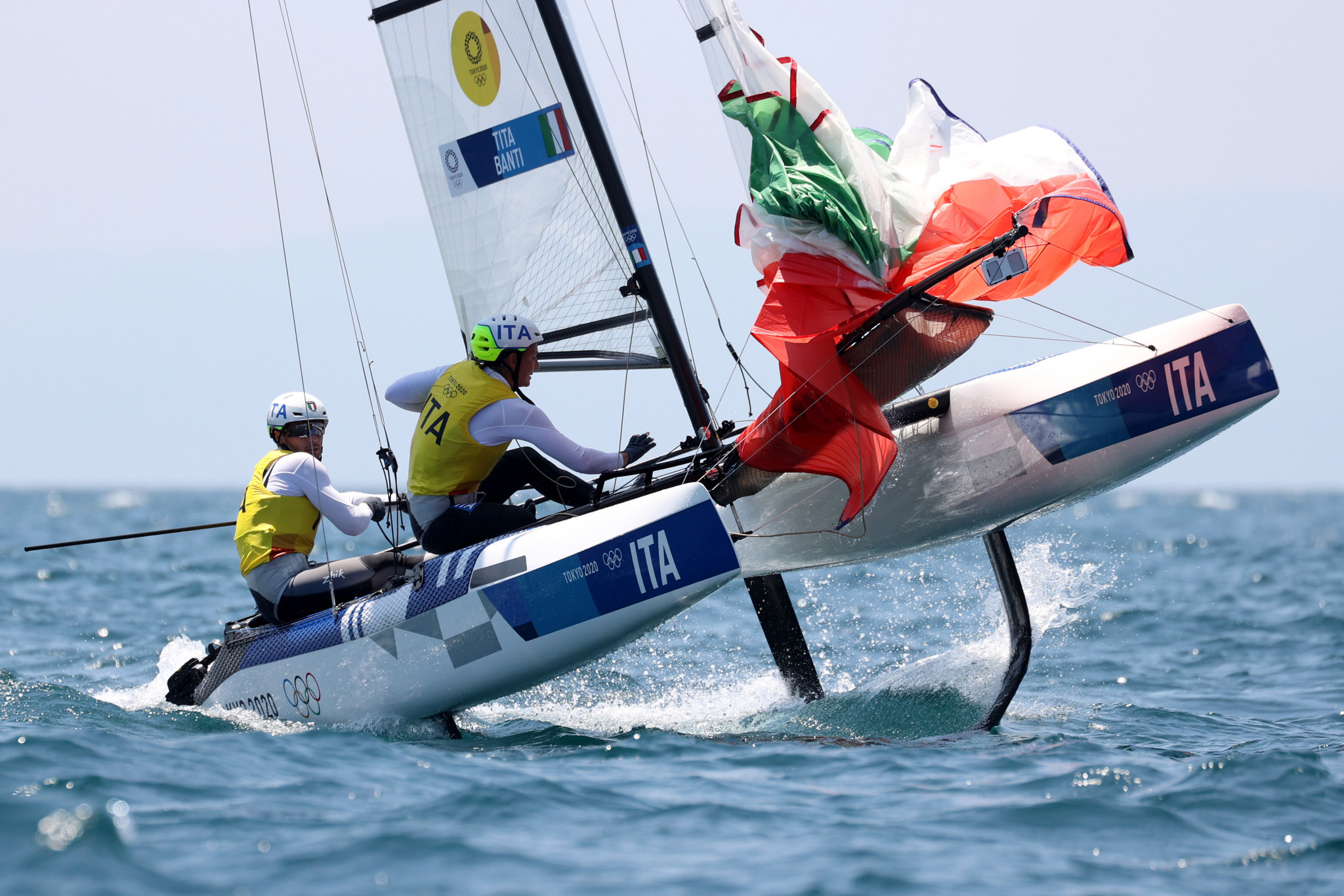 Olympic champions Ruggero Tita and Caterina Banti continued to set a stunning standard of racing at the 49er, 49erFX and Nacra 17 World Championships in Nova Scotia by winning two more races after six consecutive triumphs earlier in the competition.

The Italian pair ended the Nacra 17 qualification phase of the competition by winning every race bar one, a bar that compatriots Gianluigi Ugolini and Maria Giubilei could not contend with in Canada.

Ugolini and Giubilei recorded 10th, fifth and 18th places on day three, although the latter result was rubbed off their net score as it was the highest total they had scored.

Britain's John Gimson and Anna Burnet, who won gold in 2021 and Olympic silver at Tokyo 2020, were unable to breach the top five having come sixth in the standings.

They registered finishes of second, 11th, 10th and third to hold on to first but by just three net points as Spanish duo Diego Botin and Florian Trittel Paul breathe down their necks.

A consistent run of ninth, seventh and second displayed why they are within contention for the crown.

New Zealand's Logan Dunning Beck and Oscar Gunn took third after winning two of the four races and coming sixth and eighth in the other events.

In the 49erFX discipline, Sweden's Vilma Bobeck and Rebecca Netzler moved to first following the completion of all nine races.

Dutch couple Odile van Aanholt and Annette Duetz dropped to second while Spain's Támara Echegoyen and Paula Barceló ended the day where they started it - in third.