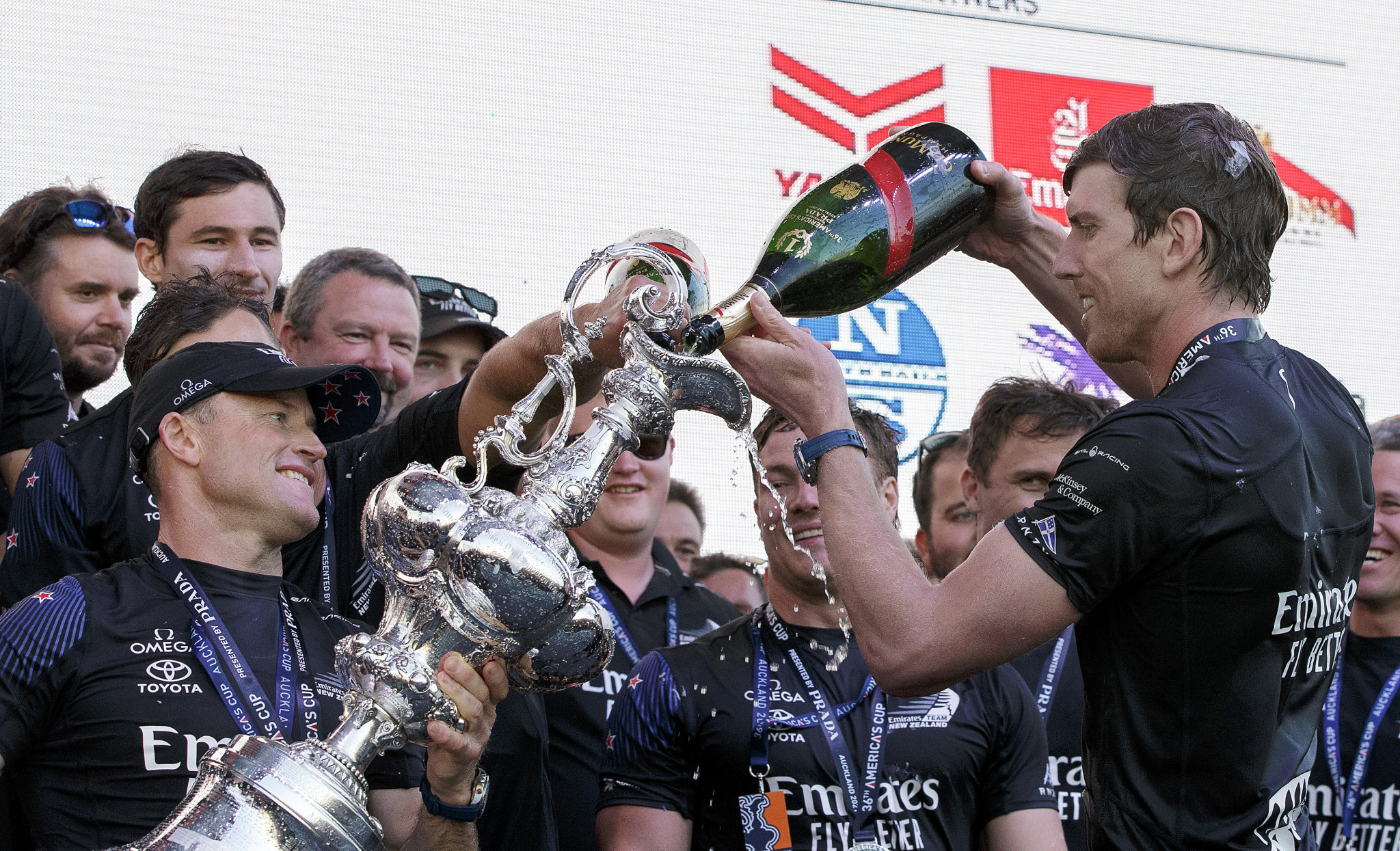 The trio have written an open letter to RNZYS commodore Aaron Young blasting the decision to move the club's defence of the America's Cup away from New Zealand.

"For the best part of 40 years, New Zealand has enjoyed an emotional magic carpet ride with that event as its sailors, designers, boatbuilders and sailmakers, with the support of a highly innovative marine industry, rose to the challenge to completely dominate the oldest and one of the greatest events in world sport and take lead positions in the technologies and skills needed to make that possible," the letter reads, as reported by Radio New Zealand.

"Yet, when the country is in position to reap the considerable rewards for those endeavours and achievements, the Royal New Zealand Yacht Squadron sells off the rights to hosting the event.

"That, to us, is a slap in the face for everyone and everything that have gone before."

Sir Michael, an RNZYS member for 46 years, told Radio New Zealand that resigning was "the only thing we could do, to express out dissatisfaction and the bad decisions that were taken".

Radio New Zealand reports that Young had expressed the club's disappointment at the resignations, but acknowledged and thanked the trio for their support of previous America's Cup campaigns.

Emirates Team New Zealand, representing the RNZYS, retained the title with a 7-3 victory over Circolo della Vela Sicilia from Italy in Auckland in March 2021.

Barcelona was instead chosen as host, staving off competition from another Spanish city in Málaga and Jeddah in Saudi Arabia.

A bid from Cork was withdrawn by the Irish Government in March.