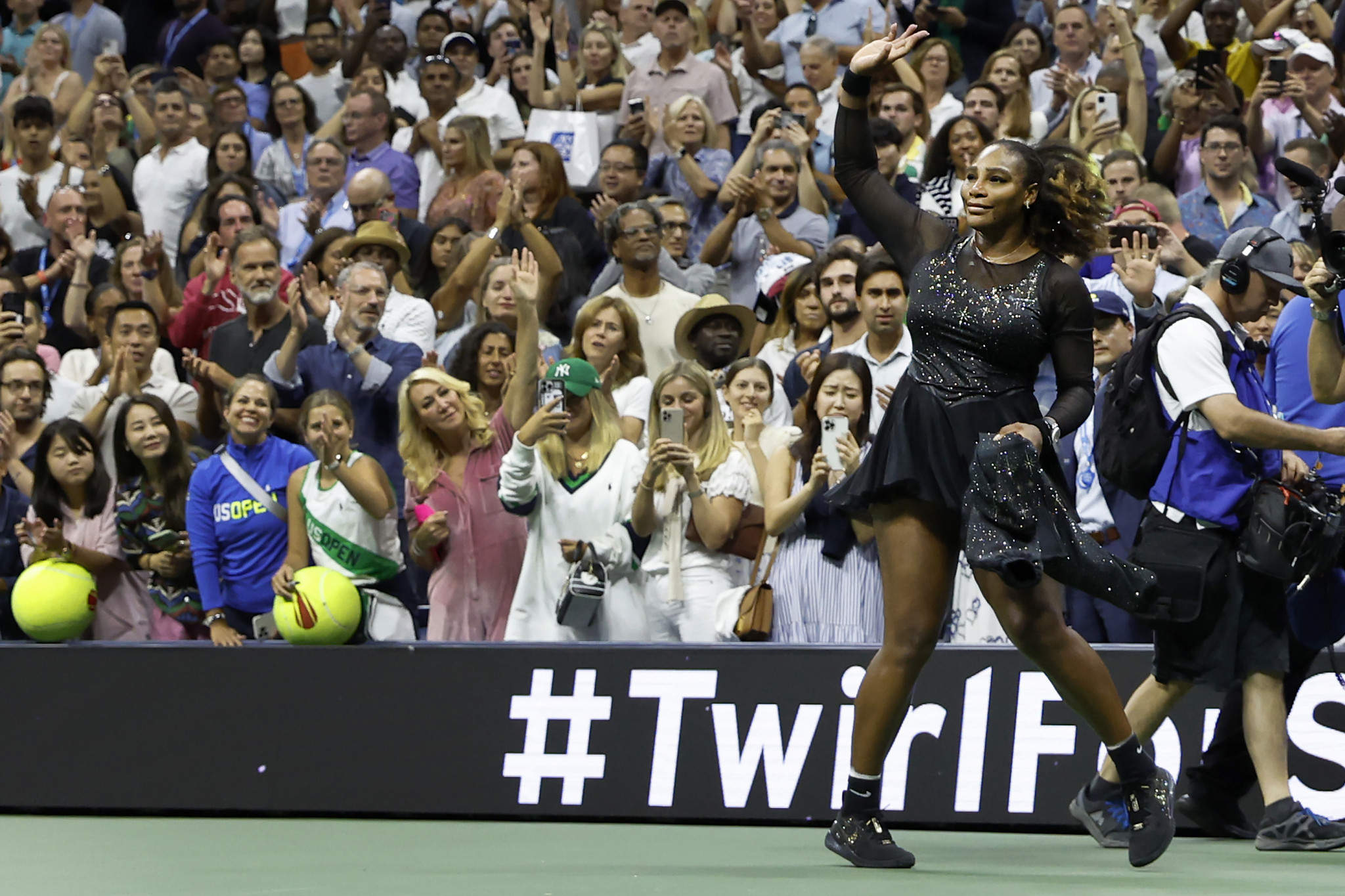 Serena Williams may have played her last professional tennis match, bowing out of the US Open in the third round of the women's singles following a three-set defeat to Ajla Tomljanović.

Weeks short of her 41st birthday,  23-time Grand Slam singles winner Williams had an emotional farewell at Arthur Ashe Stadium, and she said was ready to "explore" another side of herself following the 7-5, 6-7, 6-1 defeat to the Australian, but did not explicitly say she had retired.

"Clearly I'm still capable, but it takes a lot more than that," Williams said after playing for more than three hours.

"I'm ready to be a mom, explore a different version of Serena.

"Technically in the world I'm still super young, so I want to have a little bit of a life while I'm still walking.

"I have such a bright future ahead of me."

As one legend looks set to retire after a 27-year career, Coco Gauff, won an all-American match-up with 2017 US Open runner-up Madison Keys, as she looks to replicate the achievements of her hero and compatriot Williams.

The 18-year-old, who was runner-up at the French Open earlier in the year, triumphed 6-2, 6-3, to make it the best run she has had so far in her home Grand Slam as she reached the fourth round.

Gauff, the 12th seed, broke Keys five times during the match as she ran out a comfortable victor.

Tunisia's Ons Jabeur, runner-up in the Wimbledon women's singles final earlier this year, came from a set down to defeat Shelby Rogers of the United States.

Fifth seed Jabeur dropped the opening set 6-4, and after Rogers double faulted at 4-4 in the second set, Jabeur won seven of the next 10 games.

Rogers saved five match points at 5-1 down in the decider, but playing with an injured right forearm, she could not stop Jabeur closing out a 4-6, 6-4, 6-3 win.

French 17th seed Caroline Garcia bettered Canadian Bianca Andreescu - a former champion - in straight sets 6-3, 6-2 to make it into the fourth round too.

Last year's Wimbledon runner-up Berrettini battled his way to a 6-4, 6-4, 6-7, 6-3 win, making Murray pay for missed opportunities in set four as he avoided the match going the distance.

Also in the men’s singles draw, fifth seed Casper Ruud of Norway defeated Tommy Paul of the US in a five-set thriller that lasted just under four-and-a-half hours.

The first three sets all went to tiebreaks, with Ruud taking two of them, before Paul claimed set four 7-5 to take the match distance.

Top seed Daniil Medvedev saw off qualifier Wu Yibing to continue his run in the tournament.

Medvedev, who missed Wimbledon due to a ban on Russian and Belarusian players, defeated Wu 6-4, 6-2, 6-2 meaning the Chinese player could not add another upset to his list, following his win over Georgian 31st seed Nikoloz Basilashvili in the opening round.