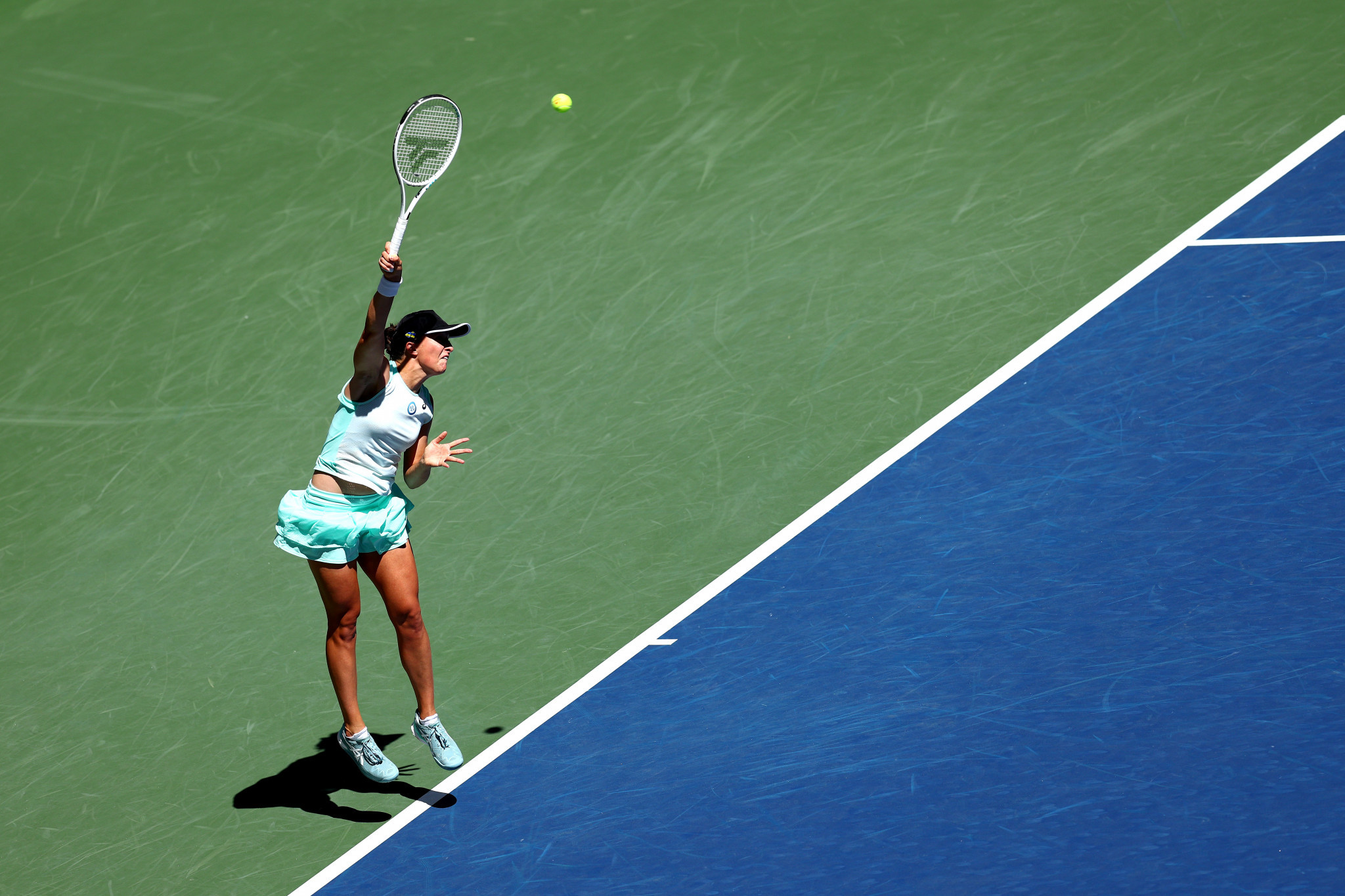 Świątek, who had criticised the balls used by female players at the tournament was first on Arthur Ashe Stadium in the day session and took on home player Stephens, who won the women’s singles title in 2017.

The biggest upset of the day in the women’s singles draw saw Paula Badosa of Spain, the fourth seed, beaten by Croatian Petra Martic, the world number 55.

Badosa claimed a tight first set on a tiebreak 7-6, before Martic raced away with the next two sets by scorelines of 6-2 and 6-1 to claim a notable scalp.

American number one Jessica Pegula, the eighth seed, was a 6-4, 6-4 winner over Aliaksandra Sasnovich of Belarus, who is playing as a neutral.

Sixth seed Aryna Sabalenka of Belarus, also playing as a neutral, battled past Kaia Kanepi of Estonia, saving a match point on her way to winning 2-6, 7-6, 6-4.

Thirteenth seed and Olympic champion Belinda Bencic of Switzerland was also taken the distance, winning 3-6, 7-5, 6-2 against Sorana Cirstea of Romania.

Double Grand Slam champion and two-time US Open finalist Victoria Azarenka of Belarus, playing as a neutral, faced Ukraine’s Marta Kostyuk, just over a week after the pair were embroiled in a row regarding a pre US Open fundraising event.

Kostyuk rejected a request to participate after learning Azarenka was appearing, although Azarenka was later withdrawn from the event.

On court today, Azarenka ran out a 6-2, 6-3 winner with the pair exchanging the briefest of acknowledgements at the net after the contest, indicating a frosty relationship still exists.

In the men’s draw, third seed Carlos Alcaraz of Spain impressed with a 6-2, 6-1, 7-5 win over Federico Coria of Argentina.

American Frances Tiafoe, seeded 22nd, played three tie breaks against Jason Kubler of Australia and came out on top all three times with a 7-6, 7-5, 7-6 victory.