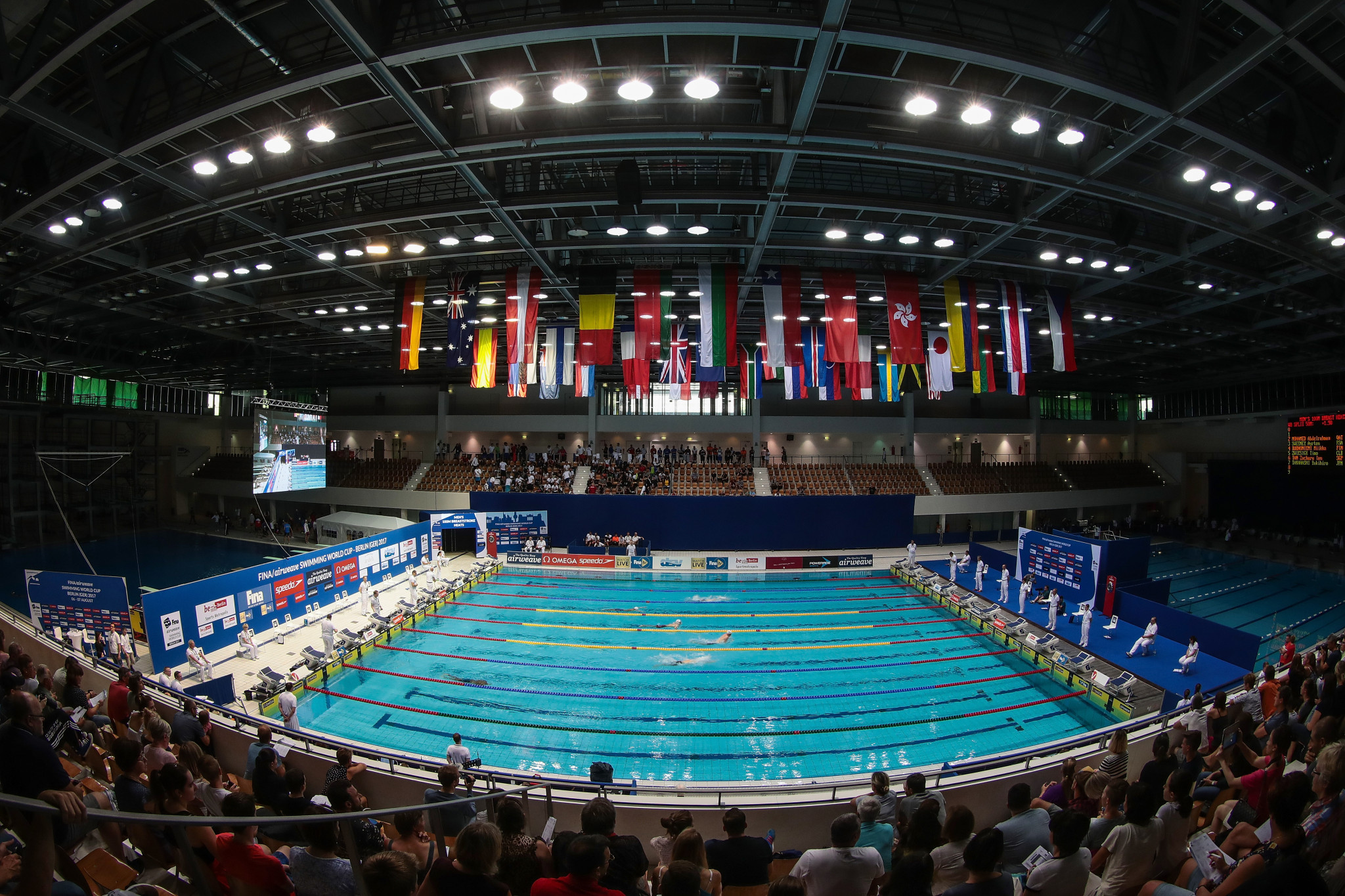 An International Swimming Federation (FINA) Diving World Cup has been added to the calendar alongside the Swimming World Cup series opener in Germany's capital Berlin in October.

Berlin had already been announced as host of the first of three FINA Swimming World Cup legs for 2022 from October 21 to 23, and a four-day diving event has been added starting a day earlier on October 20.

FINA said that this shorter format would permit more athletes to participate.

The Diving and Swimming World Cups are due to be held at Europasportpark.

FINA President Husain Al-Musallam argued that offering swimming and diving competition in Berlin would appeal to athletes and spectators.

"Bringing in Berlin as host for the FINA Diving World Cup is an ideal way to cap this year's global diving calendar, as well as celebrate the sport with the wider aquatics community," the Kuwaiti official said.

"We're always looking to enhance the event experience for our athletes, fans and hosts.

"Bringing together multiple aquatics events helps local organisers optimise resources, fans get more viewing possibilities, and different disciplines of our aquatic community get to come together."

Germany held an annual FINA Diving Grand Prix in Rostock from 2001 until 2020, but this marks the first time Berlin had staged a standalone FINA diving event.

The city staged the FINA World Championships in 1978, and has also held 19 editions of the Swimming World Cup.

Berlin is the only Diving World Cup on this year's FINA calendar, with Calgary in Canada holding a Grand Prix in June and Malaysia's capital Kuala Lumpur scheduled to follow suit in November.