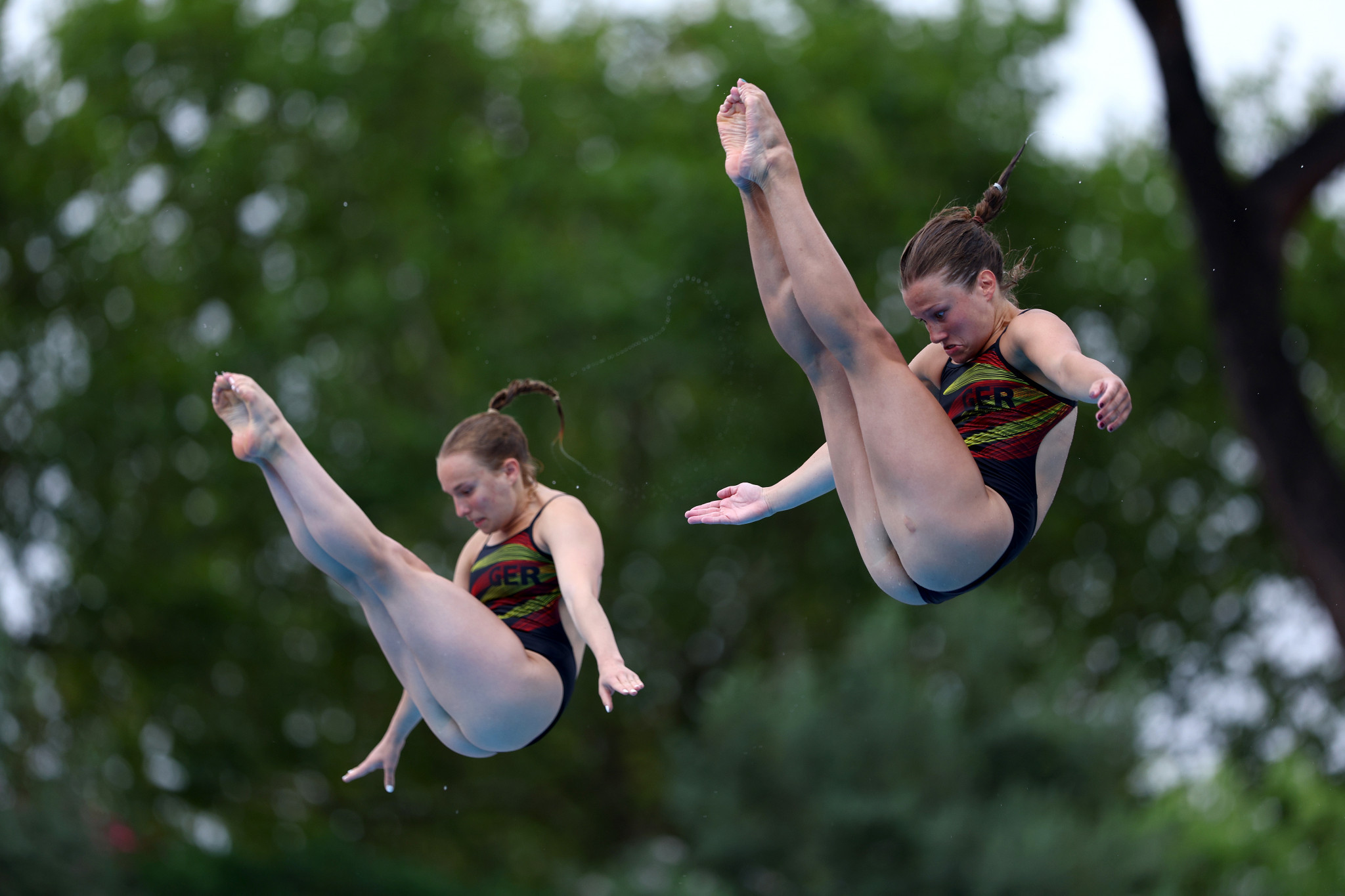 Punzel and Hentschel led from the first round, and finished with a score of 281.16 points to take gold at the Foro Italico.

The 2018 European champions Elena Bertocchi and Chiara Pellacani of Italy had to settle for silver as they did in 2020 in Budapest, notching 260.76.

Kesar and Pysmenska slipped out of contention and had to settle for fifth with 245.79.

Laugher won the men's 1m springboard event at Glasgow 2018, but had to settle for silver two years ago.

He built on his victory at the Birmingham 2022 Commonwealth Games in Rome, claiming gold with 413.40 from his six dives.

Lorenzo Marsaglia and Giovanni Tocci of Italy ensured that the host nation took two medals from the event.

Anna Bader of Germany leads after two rounds of the women's 20m competition with 157.80, followed by compatriot Iris Schmidbauer on 152.70.

The first round of the men's 27m event was also held, with Romania's Catalin-Petru Pedra the top scorer on 82.60, followed by France's Gary Hunt on 81.20.

The women's 20m event is due to conclude tomorrow, with the men's 27m running until Saturday (August 20).

Open water swimming had been due to start today at the SPQR beach in Ostia, but racing was unable to take place due to "adverse weather conditions".

Men's and women's five kilometres and 25km races are now due to take place on Saturday (August 20), followed by the 10km events on Sunday (August 21).

The 4x1,250m relay has been dropped from the programme following the changes to the schedule.