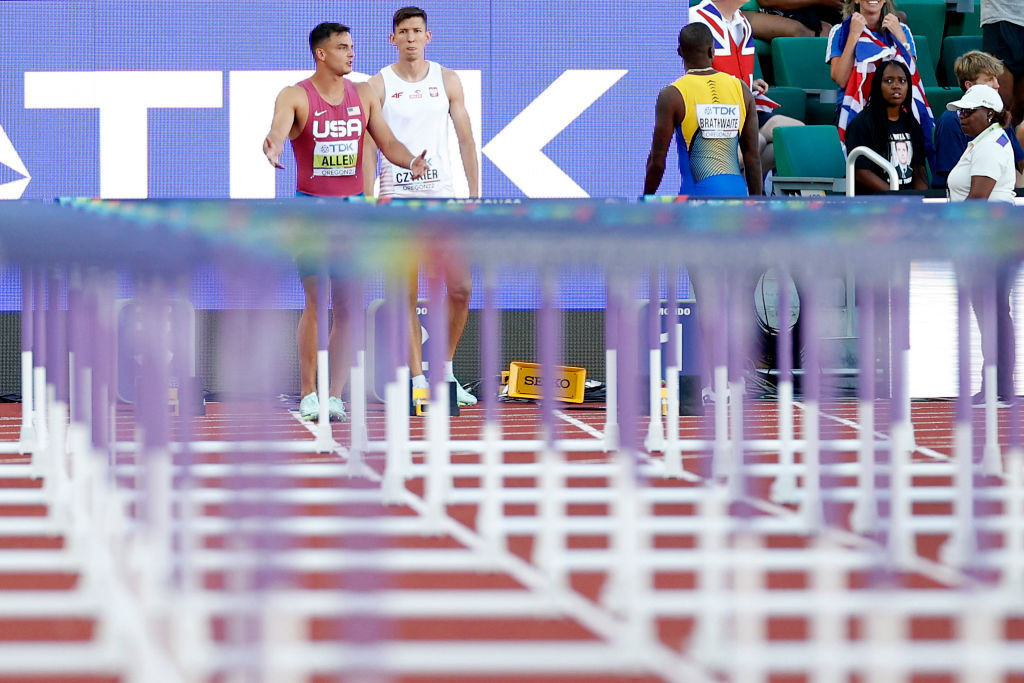 World Athletics Council member Antti Pihlakoski has called for change to the rules governing reaction times, following the controversial disqualification of Devon Allen from the 110 metres hurdles final at the World Championships in Eugene.

American sprinter Allen, one the favourites to win the event, was deemed to have committed a false start by 0.001sec at the World Athletics Championships.

The governing body's regulations require athletes to have a minimum reaction time of 0.10sec recorded electronically before sprint events.

Critics have argued that the rule is outdated, and now Pihlakoski has revealed that he has asked for an investigation into the Oregon 2022 World Championships, in which sprint events were marked by quick reaction times and a new world record in the 100m hurdles, and offered his backing to lowering the bar.

"I have requested a related explanation and a change to the reaction time rule," the Finnish official said, as reported by Finland's public broadcaster Yle.

"The matter is first prepared in the competition department and then in the Competition Commission.

"When the presentation is ready, the Board decides on the matter, at the earliest at the end of November."

The controversy involving Allen at his home World Championships added to a long-standing debate within the sport.

In 2009, the governing body then known as the International Association of Athletics Federations released results of a research project in which a reduction in the minimum permitted reaction time to 0.080 or 0.085sec was recommended.

This has never been acted upon, however.