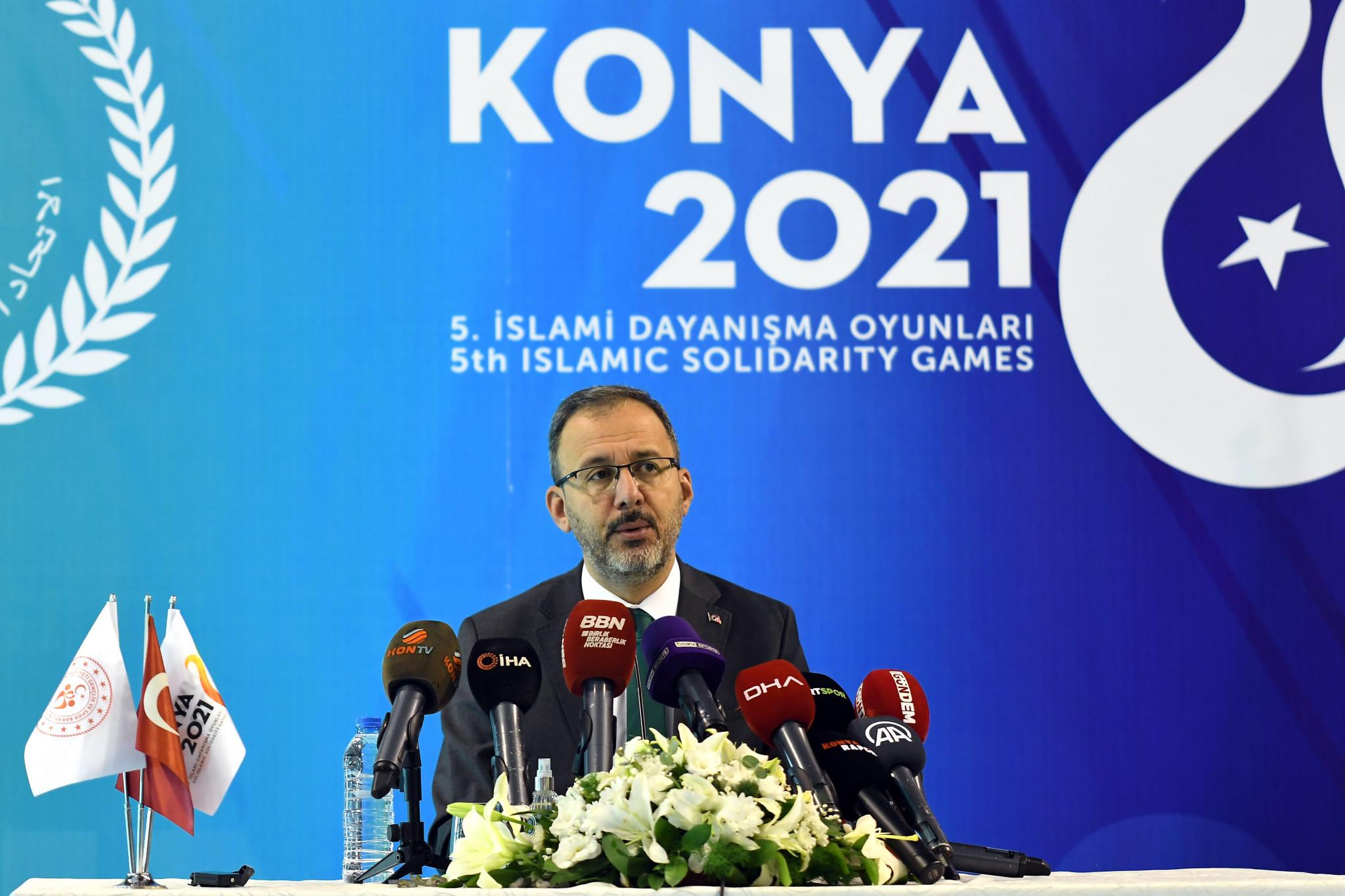 Turkish Sports Minister Mehmet Kasapoğlu has claimed Konya 2021 organisers have "raised the bar" for the staging of the Islamic Solidarity Games despite a series of issues at the event.

Kasapoğlu held a media conference at the Main Press Centre here where he made a lengthy statement about the running of the Games in the Turkish city.

The Games - which are being staged in Turkey for the first time - are set to draw to a close on Thursday (August 18).

Since the multi-sport event got underway on August 9, organisers have faced questions due to a number of problems.

Among those include a faulty start system at the Konya Athletics Field that resulted in sprint times posted on the first three days of competition ruled to be invalid.

Other issues reported in Turkish media include athletes facing difficulties returning to their hotels due to a lack of transport and changes in the handball schedule that frustrated teams and officials.

Konyaspor have also applied to the Turkish Football Federation for their Super Lig match against Fenerbahce to be played in Istanbul due to the state of the pitch at the Konya Metropolitan Municipality Stadium caused by the Opening Ceremony.

However, Kasapoğlu hailed the fifth edition of the Games as an overwhelming success.

"We are hosting a venue that brings the Islamic world together with great investment. Konya tolerance, the city of Mevlana," said Kasapoğlu.

"It is an event that brings the Muslim world and the umma together in the difficult process the world is going through.

"This has been a blessing for our Turkey and Konya, one of our symbol cities.

"I am happy to express that we have raised the bar for this meaningful organisation very, very high."

More than 4,000 athletes from 54 nations are competing across 19 sports at the Games that were delayed by one year due to the disruption caused by the COVID-19 pandemic.

"We are holding the organisation with the highest participation this year in this meaningful cooperation," said Kasapoğlu.

"There has never been an organisation that has come together with such an intense participation.

"The most comprehensive and largest sports organisation of 2022.

"There is a two-day process, and we will complete it with great enthusiasm."

Kasapoğlu, who was speaking before today’s medal sessions, also highlighted the success of Turkey’s athletes as the host nation sit at the top of the standings with more than 200 medals so far.

The Sports Minister said the results built on Turkey's performances at the Tokyo 2020 Olympics and the Oran 2022 Mediterranean Games.

"There is the most successful multi-sport event table in Turkish sports history," said Kasapoğlu.

"We passed it three days before.

"The 238 medals we have received so far is also the highest number of medals a country has received in the history of the Islamic Solidarity Games.

"Not only did we beat our own record as Turkey, we became the most successful country in the history of the Games.

"We even surpassed the total number of medals of the next three countries."